Breaking
Parrot Plumage Color May Be Linked To Body...
Recent Precious Metals Dip A Buying Opportunity
Looking For Venture Capital? Here’s How One 50+...
Growing Your Retirement Money Using 401(k) Dollar-Cost Averaging
Wellness Exec Abby Miller Levy Partners With Venture...
Microsoft Teams Issues Strike To Zoom With Tidal...
What’s Coming For The S&P 500 In October
4 Ways You Can Showcase Empathy With Your...
A $22,000 Microsoft Surface Will Soon Be For...
Zooming In – Should SMEs Invest In The...
iOS 14: The Surprising Security Risk Of Sharing...
How A Break From Lord Sugar Changed The...
Sunday’s Google Doodle Is Actually About Google
Office Of The Comptroller Of The Currency Chief...
Source Code For Multiple Windows Operating Systems Publicly...
Why Forgettable Pfizer Really Is A Great Value...
Home Business Simon Cowell Broke His Back Falling Off An E-Bike: What To Know About Injuries And Risks
BusinessTechnology 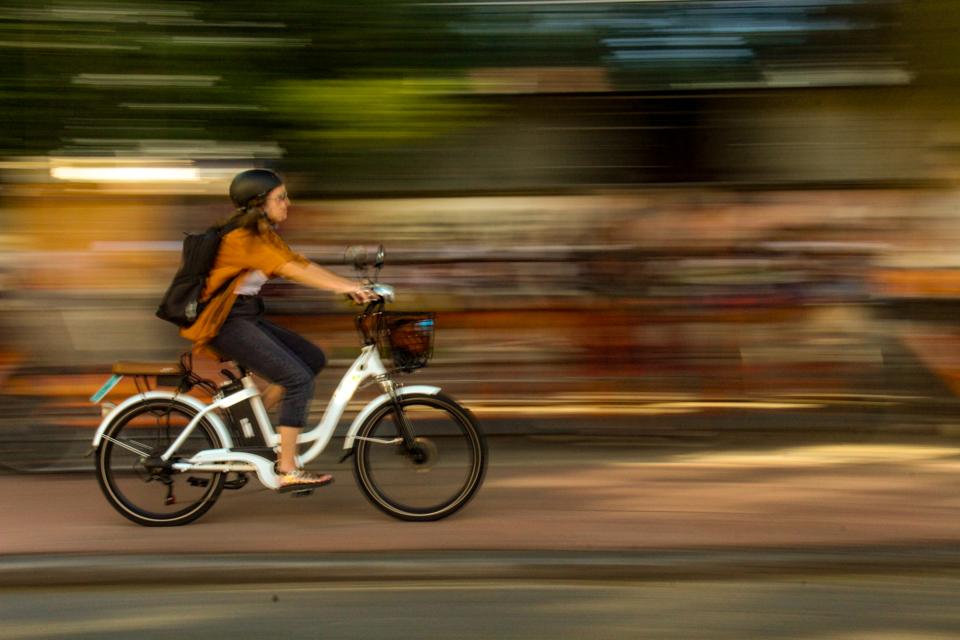 With Simon Cowell’s e-bike accident on Saturday making headlines, the question swirling is whether these sleek machines, some of which can travel at speeds up to 50 miles per hour, are safe to ride.

Cowell is reported to have had a 6-hour spinal surgery and is doing well. As terrible as this is, he is fortunate: he could have been paralyzed, or suffered a devastating spinal cord or head injury.

Simply put, due to the increased speeds that these bikes can attain, the risk for a fatal crash while riding an e-bike compared to a regular bike is three times higher, based on data by the insurer, Alliance.

Armed with this information, the potential for life altering or life ending injuries is the concern: ruptured spleens, bowel or liver injuries, concussions, skull fractures, bleeding in the brain, along with fractures in the neck, back along with spinal cord injuries. Not a pretty picture to say the least.

E-bikes are associated with a higher risk of incurring more severe injuries compared with traditional bicycles, along with a distinct pattern of injury risks compared with e-scooters, according to a study last year.

The authors looked at emergency department data collected from 2000-2017 by the U.S Consumer Product Safety Commission’s National Electronic Injury Surveillance System (NEISS), and evaluated injuries from the 3 types of vehicles.

They found that while people riding e-bikes were at higher risk for chest and abdominal injuries, and to be hospitalized compared with other riders, those riding e-scooters suffered higher rates of concussion. E- bike riders were more than 3 times more likely to involve a collision with a pedestrian, compared to e-scooter or traditional bike riders, according to the study in Injury Prevention.

The study also found that persons injured by e-bikes were older (average age 32), compared with those riding e-scooters (average age 29), or traditional bicycles (average age 25). People aged 18-44 and 45-64 represented the 2 demographics most likely involved in e-bike accidents. 10-14 year olds comprised the largest group of those injured riding e-scooters. Males were the most likely to be injured overall, accounting for 83% of e-bike injuries, 60% of e-scooter injuries, and 72% with traditional bicycles.

Another chilling finding is that 17% of e-bike accident victims had internal injuries compared with about 7.5% for both traditional bicycles and e-scooters. With the power assist engaged on the e-bike, e-bikes are quite able to go well over 20 mile per hour. But average speeds for more types of traditional bikes in city rental programs such as New York City’s (Citibike) are generally less than 10 mile per hour.

Speed is the most critical factor in this respect. An increase from 10 miles per hour to 20 miles per hour, for example, significantly increases the kinetic energy and risk for injury upon impact.

Beyond this, the lack of dedicated bike or e-scooter lanes in many urban settings, e-bike riders using sidewalks and roads, along with inconsistent use of bike helmets has significantly contributed to the potential for accidents, falls and collisions with other pedestrians.

It’s important to realize that e-bikes can travel at significantly higher speeds, placing riders at higher risk for crashes and associated injuries. Wearing a helmet is essential when riding any e-bike, e-scooter, or traditional bike.