Breaking
Bitcoin And Blockchain Are The ‘Future’ Of Twitter,...
COVID-19 Pandemic Has Birds Changing Their Tune
Beat Zoom Fatigue With These 6 Tips
How To Sustain (Or Sabotage) A Customer Service/Experience...
How, When And Where You Can See A...
New $2.2 Trillion Stimulus Bill Proposed—$1,200 Stimulus Checks,...
Why Do We Do What We Do? Manipulating...
California Brand Goes All-American As Amazon Bans Foreign...
The 3 Best Analytics Companies of 2020
Senator Cory Booker: Supporting Small, Minority-Owned Businesses Will...
Trump’s Taxes Are Finally Leaked—What’s Next?
Washington Heats Up Ahead Of First Presidential Debate:...
Systemic Racism Leads To Disparities In Nursing Home...
The New Regular: Prepare For Conflicts Of Customer...
Web VR.0 – Have VR Websites (Finally) Arrived?...
This Next Evolution Of E-Commerce Did $18 Billion...
Home Technology Six People From The Diamond Princess Cruise Ship Have Now Died From COVID-19 After Quarantine Failure
Technology 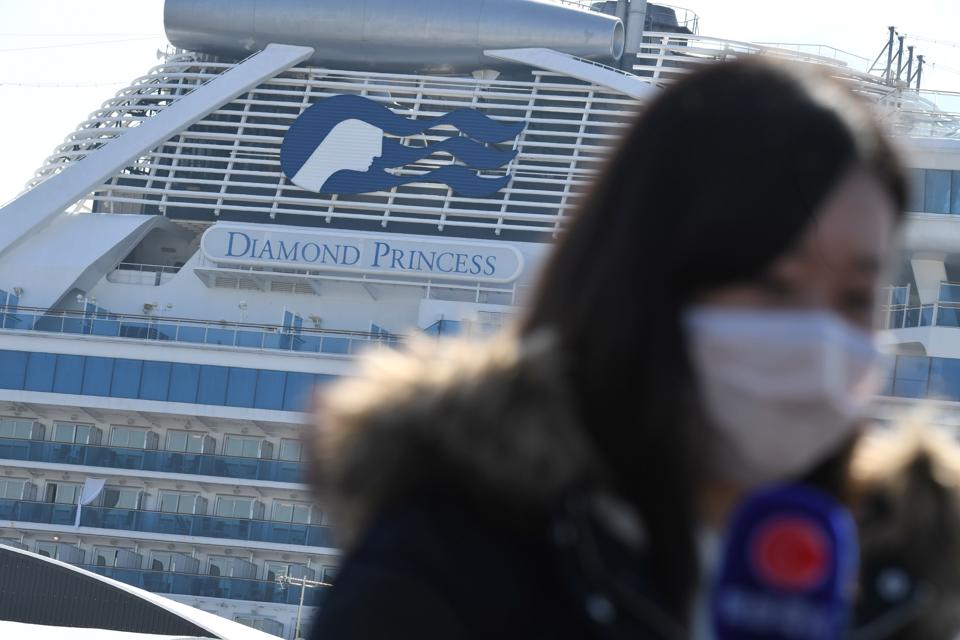 On Friday morning, U.K. authorities reported the first death of a British citizen from COVID-19, the disease caused by the now-worldwide SARS-CoV-2 coronavirus outbreak.

The man who has not currently been named was a passenger on board the Diamond Princess Cruise ship and was made to stay in Japan for treatment after testing positive for the virus, as many other British passengers were evacuated last week. The other five fatalities from the ship so far are Japanese citizens.

705 people from the ship containing 3,711 people have now contracted COVID-19, with it becoming increasingly apparent that the quarantine protocols on the ship were poorly enforced and wholly inadequate to protect passengers. The 705 cases are thought to stem from just one man from Hong Kong who was a passenger on the ship in late January and later tested positive for the virus after returning home.

The quarantine has attracted increasing criticism, including from a Japanese infectious diseases professor who visited the ship and from others who suggested three weeks ago, early on in the quarantine, that the strategy of keeping people on the ship was flawed.

It is not known how many people are still sick or indeed how many people may still get sick from the ship, but further fatalities are not unlikely given that cruises tend to be popular with older people and that the reported fatality rate from COVID-19 is 3.6% for people in their 60’s, 8% for people in their 70’s and 15% for those aged 80 and over. These figures were supplied by the Chinese government using data from 44,000 cases in China collected up until February 11th and it is not currently known how these figures will relate to people contracting and being treated for the disease in different countries.

The U.S. evacuated many of its citizens last week with the original CDC plan being to only move people who tested negative for the virus. However, it was later revealed that 14 passengers were allowed to board a confined area in one of the planes even after testing positive, after the US State Department of Health and Human Services reportedly overruled the CDC plans. The move has led to questions criticism from politicians across the political spectrum including President Trump and Senator Elizabeth Warren.

Since the evacuation, 43 Americans have tested positive for the virus according to the CDC, and are undergoing treatment on US soil, including the 14 who tested positive before boarding the evacuation flights. In response, President Trump has put Vice-President Mike Pence in charge of preparations as the number of cases in the U.S. continues to rise.

Hedge Market Volatility With Hedge Fund Investing In An IRA