Six Ways BTS Made History At The 2019 Melon Music Awards 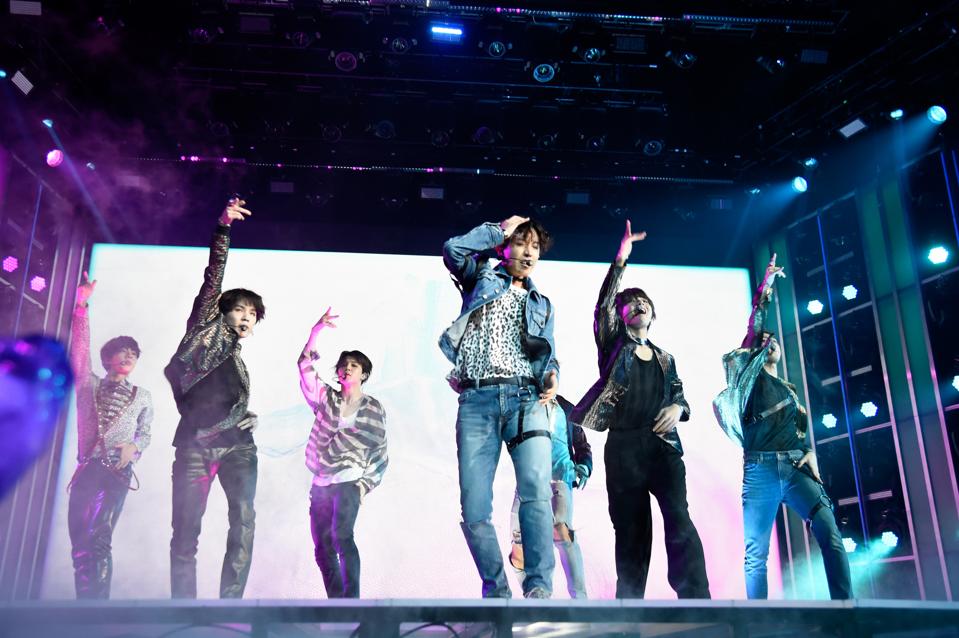 BTS might not have a shot at winning a trophy at the upcoming Grammys (though they deserved one), but they did just clean up at the Melon Music Awards, one of the most prestigious award shows focusing solely on South Korean music. The band didn’t just end the evening as the top winner, they broke barriers, established new records and made history in more ways than most acts ever will in their entire careers.

Here are six ways BTS made history at the 2019 Melon Music Awards.

With 23 prizes won throughout their years together, BTS now stands as the act with the most Melon Music Awards in the history of the ceremony. Before this latest edition, the vocal group was in a very close second place with 15 honors collected, but now they’ve advanced significantly, becoming the first name to pass 20 wins.

First To Win All Four Daesang

Like at many entertainment award shows, there are a handful of categories that are considered the top, and they are watched very carefully. This year, BTS and the music they created and released in the past eligibility period was named the champion in all four major verticals (known as the Daesang), which is a first for the Melon Music Awards. The septet took home Artist of the Year, Album of the Year (Map of the Soul: Persona), Record of the Year (for the same title) and Song of the Year (for “Boy with Luv”).

First To Win Album Of The Year Three Times

BTS’s Map of the Soul: Persona was named the Album of the Year, which is easy to understand, as it was critically acclaimed and it was likely the most successful Korean-language release in the world commercially. This year is not the first time the act has taken this field, and in fact, it’s not even the second.

The seven-member band is now the first to win the Album of the Year Melon Music Award three times, an incredible show of artistic ability and popularity. They first took it home in 2016 for The Most Beautiful Moment in Life: Young Forever, and then they repeated the feat last year with Love Yourself: Tear.

First To Win Song Of The Year More Than Once

BTS’s “Boy with Luv” was chosen as the Song of the Year, which is a major honor for the band…but this year isn’t the first time they’ve come out on top. In 2017, the seven-singer band took home this trophy for their track “Spring Day,” which remains a fan favorite. They are now the first to win Song of the Year twice.

First To Win The Kakao Hot Star Award More Than Once

The Kakao Hot Star Award is not one of the most closely-watched verticals, but that doesn’t mean it isn’t important, especially since it counts as yet another piece of hardware for the boys to take home. They won this piece for the second year in a row, becoming the first act to earn more than one of these items. It is worth mentioning that unlike many other arenas, which have been gifted at the Melon Music Awards for at least a decade, this is a more recent addition, and it’s only been handed out four times.

The dance categories are the only gendered verticals at the Melon Music Awards, and that makes it a bit easier for any act to win one (since more are given out)…though it’s still impressive that BTS has more than one. The band won one of their first trophies back in 2015 for their track “I Need U,” and this time around they claim it thanks to the popularity of their tune “Boy with Luv.”

In fact, BTS is the first act of either gender to rise to the top more than once, beating all male and female solo acts and groups to the punch.

Building Out Electric Vehicle Charging In The West...

‘Onward’ Box Office: Coronavirus Not To Blame For...

How Did This Senegalese Scientist Meet Prince William?...