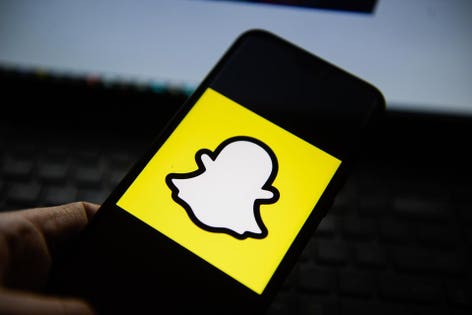 As one of the most popular social media networks, Snapchat has gone through quite a lot in the past couple of years. The app is now preparing for a global release of a new feature known as Bitmoji TV.

This global project was designed to improve the quality of Snapchat’s Discover section, as well as boost the overall user experience on the platform. In this feature, your Snapchat avatar is going to become a star character in a cartoon series that is called Bitmoji TV.

Each cartoon avatar will take part in regularly scheduled adventures. These short bits of content will help Snapchat stand out among other video platforms such as YouTube and the growing Tik Tok.

Snapchat Has Been Facing Challenges Lately

Snapchat’s spokesperson refused to reveal any additional information regarding Bitmoji TV. We still don’t know how long these video clips are going to be or how often the episodes will be released or whether they will include ads. All we know thus far is that the feature is going to go live on a global scale in this February.

Moreover, it is important to address that Snapchat had been facing challenges lately as many of their features were copied by other influential platform. For instance, Instagram has copied Snapchat’s iconic Story feature and Facebook followed soon after.

Facebook also copied Snapchat’s augmented reality selfie filters and several other trends that made the platform unique. With many of its features being copied, Snapchat found itself pushed against the ropes. However, the Bitmoji project could be Snapchat’s opportunity to outgrow the competition.

Let’s not forget that Facebook also showed their interest in launching Facebook Avatars. This feature even became available as Messenger chat stickers in Australia in 2019. However, the company is moving quite slowly with this incentive, thus giving Snapchat plenty of space to take over this field.

Where It All Started

The whole idea of Snapchat avatars was born in 2016 when the network acquired Bitmoji for $64.2 million. The initial app was supposed to offer customization features and filters. Over time, it evolved into an advanced platform for creating cartoon avatars. Bitmoji had over 300,000 downloads, even though Snapchat also allows users to build avatars within the main app.

In 2017, Bitmoji was improved with 3D features and it later evolved into a new product – the Bitmoji Kit, which allows users to use their avatar as a profile picture on other applications.

The Bitmoji TV videos are expected to be short and fun, similar to the old Vine videos or the currently popular Tik Tok clips. The company aims to make the user experience even more entertaining and addictive with these user-oriented customization features.

The Bitmoji TV should help create Snapchat’s Discover section from scratch and give it a structure that will make more sense to all of its users. It is also interesting to mention that popular brands such as ESPN Sports Center are already taking part in this project!