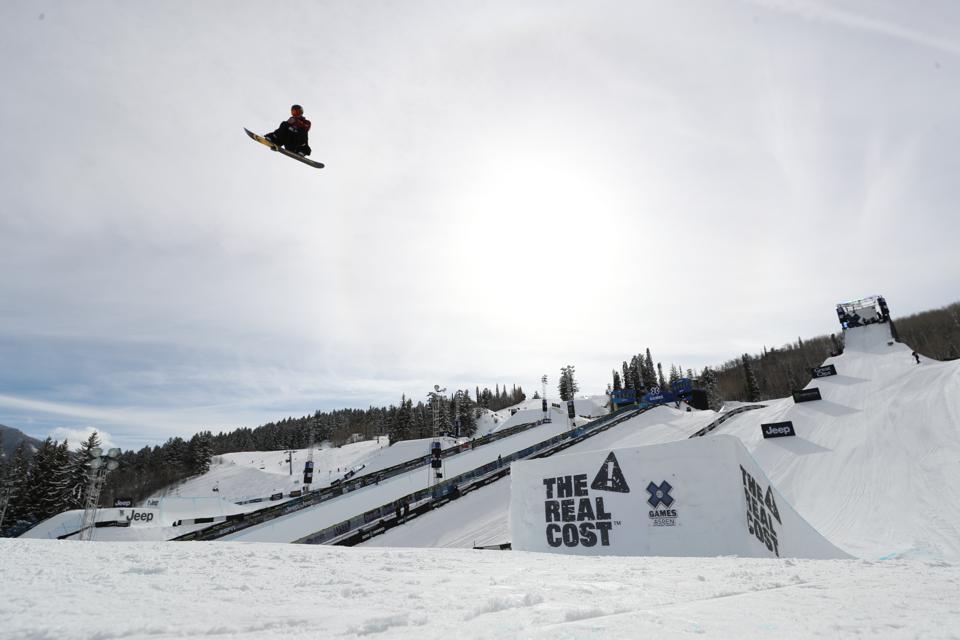 In his mind, he did everything right.

That’s what makes this particular setback so hard to stomach.

American snowboarder Chris Corning, 20, has already faced his share of adversity in his young career. After winning double golds at Junior Worlds in March 2016, Corning was invited to join the U.S. pro Slopestyle team. In 2018, the Silverthorne, Colorado, native also made his X Games and Olympics debuts.

In those four years, however, Corning has taken his lumps, figuratively, and his bumps, literally. In spring 2016, he tore the Lisfranc ligament in his foot at a U.S. Snowboard camp at Mammoth Mountain and spent seven weeks on crutches. That December, Corning broke the second metatarsal in almost the same spot on his foot as his previous injury while competing at the Copper Mountain Grand Prix. A year later, he hurt his left hip when he attempted a quad cork (four inversions) on the Copper Grand Prix Big Air jump. And at last year’s X Games Aspen, he once again injured his foot and missed the Slopestyle final after qualifying third. (He would go on to win Slopestyle at the FIS World Championships in Park City, Utah, two weeks later.)

With physical therapy and hard work, the admitted gym rat has been able to make his way back from so many injuries in such a short career. But during the men’s snowboard Big Air elimination at X Games Aspen on Friday, his first Aspen medal again eluded him. (His sole X Games podium came at X Games Norway Big Air in 2018.) And he’s not quite sure why.

In 2020, across all ski and snowboard formats, X Games has moved from its traditional three-run format to a jam format, in which riders are live-ranked (without scores) throughout the 25-minute session and evaluated on the judges’ overall impression. For snowboard Big Air, specifically, riders perform one trick off the 300-foot in-run and 80-foot jump and are judged on aggressive execution of maneuvers, degree of difficulty and variety of tricks, originality and style.

The format change aimed to increase the pace of competition, as well as riders’ willingness to throw down big tricks. But, for some riders, the judges’ deliberations are now even more opaque, leading to confusion.

“I don’t know many how times I have to say it, but I don’t know what I gotta do to do what they want,” a frustrated Corning said following his elimination from the Big Air final on Friday. “I’m doing more tricks than [my competitors] are, and I’m still not getting in.”

What happened was this: during the elimination Friday afternoon, Corning was on the hot seat in sixth place, the last spot to potentially punch his ticket to the final. On his first three runs, Corning threw down a backside triple-cork 1440, a switch frontside 1260 with a nose grab and a frontside 1440 with a melon grab, when other riders were only attempting 1080s.

However, then Finn Rene Rinnekangas threw down a backside 1620, only the second time he had done such a trick at X Games, and bumped Corning from the bubble spot. With the final on the line, Corning, with input from his coaches, attempted his quad cork 1800 (four inversions, five rotations)—a trick few riders have in their bags. But he muffed the landing, and that was that.

“[Max Parrot] qualified first and did four different tricks. I was on my third trick and I wasn’t moving up,” Corning said. “So something is getting mixed up, or I’m in my own head or not understanding what [the judges] are doing.”

Indeed, in the 10 seconds between when Rinnekangas exited the course at the bottom of the jump and Corning pushed out of the gate for his final attempt, he had to make a quick calculation about the best strategy to get himself back into final position.

In the first year of a format change, there are bound to be growing pains. “It’s Year 1 and we’re doing it across the board in ski and snowboarding, so it’s to be expected that the riders are going to be a little shaken by it, because it is new and different,” Graham says. The lack of a tangible leaderboard determined by scores is leaving athletes to wonder what they need to do to move up, and in Corning’s case, he seemed to value degree of difficulty and variety of tricks higher than perhaps the judges did.

“It’s definitely a weird year,” Corning said. “It’s just hard to know what to do.”

In Big Air, specifically, the impediment for American riders is the lack of training facilities or infrastructure close to home. Most of the world’s premier Big Air ramps are located in Europe; not exactly a quick jaunt. The Utah Olympic Park built modified big air ramps that release the rider into a pool as part of a $3 million renovation termed “Project Big Air” in 2015. A new training facility at Woodward Park City includes a 45-foot stateside Big Air jump.

“I gotta go to California sometimes to train, but even their jumps aren’t that big. Contests are all I get in terms of training on Big Air jumps. We get Switzerland [Laax Open] in the beginning of the year, but those jumps aren’t super big anyway, so it’s usually just when we’re here at contests,” Corning explained. He was able to take the jump just three times in practice before the elimination round kicked off.

“We’re one of the biggest organizations in the world, and we don’t have anywhere to train. I know we’re working towards it.

“We’re all in the same boat, though. It is what it is,” Corning added about his competitors’ access to Big Air jumps in their own training. (This is and isn’t true; some riders live in California or Colorado. Some riders have lucrative sponsorship deals that ease the burden of travel. In any case, American snowboarders are, indeed, at a disadvantage when it comes to training facilities.)

Following his elimination, Corning wasn’t letting himself look too far into the future. There will be other Big Air contests. There will, almost certainly, eventually be X Games gold medals. After all, Corning, earlier this month, made history at Visa Big Air at SunTrust Park in Atlanta, Georgia, landing the first-ever quad cork 1800 on a scaffold big air jump.

“I always have to focus on what’s next in front of me. I can’t look out too far,” Corning, who will compete at Dew Tour in February, said. “I just have to do what I can do to make it happen. And if it works out, it works out.”

That’s certainly the right thing to say following a crushing elimination, but Corning, known for his high standards and competitive drive, likely isn’t letting himself off the hook so easily. Corning is perceived as riding with a chip on his shoulder; perhaps this experience will provide a push to get over the hump at next year’s X Games. (Provided he can gain more clarity on what the judges are looking for in the new format.)

“His contest record speaks for itself,” Graham said. “It’s very impressive to come in at 18 years old to become a top five competitor in that discipline, and he immediately made his presence known in Big Air.

“It’s unfortunate sometimes with injuries and other things, but I do believe, in any given Big Air event, he’s got the tricks to contend.”