Home Business Social Distancing: Are The Costs Of Shutting Down The Economy Worth It?
Business

Social Distancing: Are The Costs Of Shutting Down The Economy Worth It? 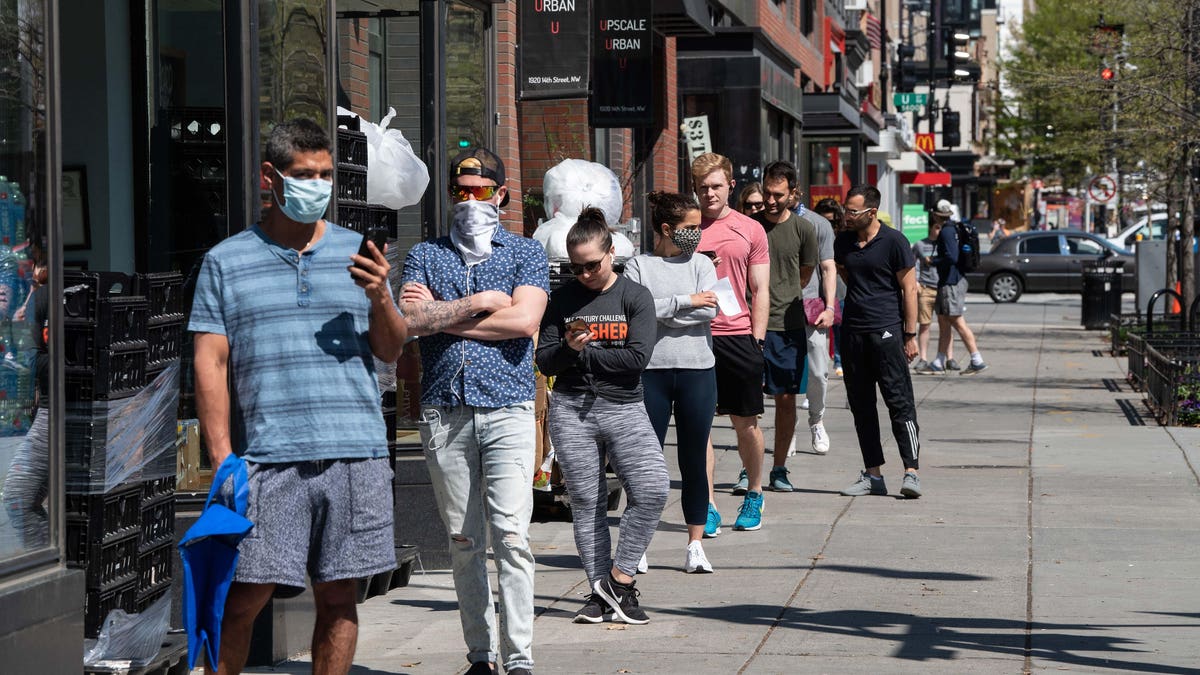 Because of social distancing, and the requirement for most Americans to stay home, we will have far fewer deaths from COVID-19. But our economy is also now in recession. Are the benefits from lives saved worth the costs in terms of jobs lost and the economy shrinking?

Here is the specific question I am answering: What if we had done no social distancing at all? Would the costs in more lives lost been offset by the economic benefits of not going into a recession? In other words, would it have been better to let people continue to go to work and not have the country fall into a recession?

To answer that question, I did a rough cost-benefit analysis. This analysis was much less complex than what the medical field does. And, I freely admit, I used assumptions for input parameters (which I will share) that are approximate. I knew going into this analysis, I would not get anything close to an exact answer. But I was trying to find an answer that was directionally correct. In short, was one course of action – prioritizing life versus prioritizing the economy – an order of magnitude (more than 10 times greater) than the other course of action? If so, even though the analysis is rough, we can most probably say the course of action generating more than ten times the economic value of the other course of action would be the right policy.

To answer that question, a dollar value must be assigned to a human life. Many people would say that life is priceless. But many forms of cost-benefit analysis are simply impossible if we don’t put a price tag on life.  The government spends money on safety all the time. What a cost-benefit analysis helps determine is if they are spending the money in the right way, in the way that saves the most lives.

Economists talk about the value of a statistical life. This example of this concept is operationalized comes from the EPA web site: “Suppose each person in a sample of 100,000 people were asked how much he or she would be willing to pay for a reduction in their individual risk of dying of 1 in 100,000, or 0.001%, over the next year… this reduction in risk would mean that we would expect one fewer death among the sample of 100,000 people over the next year on average… Now suppose that the average response to this hypothetical question was $100. Then the total dollar amount that the group would be willing to pay to save one statistical life in a year would be $100 per person × 100,000 people, or $10 million.”

U.S. agencies price tag on an American’s life range between $8 and $10 million. It is worth noting that this is significantly higher than the lifetime earnings of an American with a college degree – $2.4 million – or the median wrongful death jury award – $2.2 million. It is also worth noting that the same American that says “life is priceless” might not be willing to pay $100 in extra taxes to reduce the risk on one person in a 100,000 dying. It is fair to say that the value of a human life depends on how the question is posed and the context.

·      100,000 lives will be lost despite stringent social distancing. But 2 million lives would have been lost without these measures. The higher death rate scenario is based on the assumptions that 50 percent of the U.S. population would have gotten the virus and one percent of those that got COVID-19 would have died.

So, what was the answer? The economic benefits associated with stringent social distancing were more than 15 times larger than if we had done nothing and let people work. Admitting this is a rough model, and even if I was off by a factor of ten, this means saving lives generated economic value that might be anywhere from 1.5 to 150 times bigger than not doing stringent social distancing. Saving more lives was the right decision.

Further, this analysis does not consider what the cost of treating all those extra people would have been, quality of life issues, or the possibility that we would have fallen into a recession anyway as people stayed away from work to protect themselves.

But for me the analysis was comforting. I feared that the costs of a recession might be far greater than the lives saved. If that was the case, I would have been more than willing to take on extra risk personally – and I have some risk factors – for the good of society. And, I admit, I worry what this recession will mean to my working age children.

I wanted to do an analysis myself, before I looked at what others were saying about the cost-benefits of social distancing. But others came to the same conclusion I did; shutting down the economy to contain the spread of the virus was worth the costs. Here is a Twitter post, a blog, and finally a rigorous academic article published in the National Bureau of Economic Research. Finally, one article argues that the premise that if we had not engaged in social distancing there would have been no recession is wrong. “There is also convincing evidence from the 1918 flu that it is pandemics that depress the economy, not public health interventions.”

The site FiveThirtyEight is known for statistical thinking. They have not attacked the cost-benefit issue, but they have done some good science-based writing on COVID-19. I particularly liked Nate Silver’s Coronavirus Case Counts Are Meaningless.

One thing I have learned from operational research is that it you can avoid sloppy thinking by using math. The mathematical model does not have to be perfect and the assumptions can be rough. As better data comes in it is easy to plug those new parameters into the model and see how the analysis changes. But if you find one course of action has benefits that are an order of magnitude larger than the other course of action, even if it is a rough-cut model, than you can make a much more educated choice. Don’t let the perfect be the enemy of the good.

How To Survive As A Physical Store In...

From Boxer To Entrepreneur: How This Founder Created...

Did I Predict A Slowdown In The FinTech...

App Store SEO: How to Diagnose a Drop...