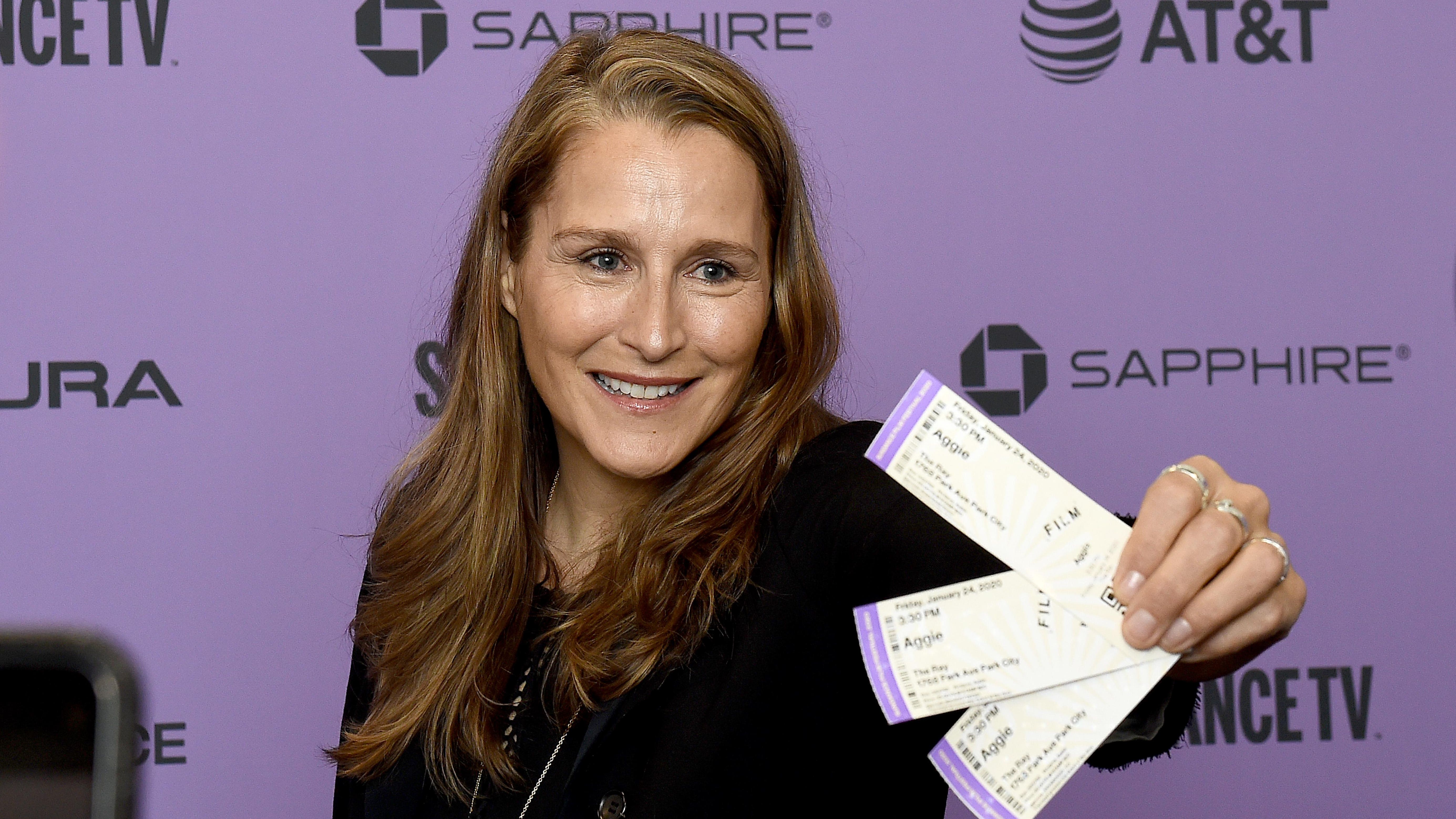 Documentary filmmaker Catherine Gund is devoted to “moving you beyond empathy” via the vehicle of Aubin Pictures, the nonprofit film company she set up in 1997. “Films are the ultimate empathy machine, as Roger Ebert said. My goal is to get viewers to that place of empathy and then give them impetus to move from there to action.”

Aubin Pictures’ newest full-length release, Aggie, is designed to work on both these levels. The film, which premiered at Sundance and was released in theaters nationwide this past week, introduces viewers to the philanthropic efforts Agnes “Aggie” Gund (Catherine’s mother): We’re there with Aggie as she creates Studio in a School in 1977, the era when NYC budget cuts did away with art education systemwide, and we follow along with the program’s success in bringing art and artists to public school children for all the decades since. We learn about Aggie’s decision support the work of living artists almost exclusively, a rare approach for a collector of her means and stature.

We share her tenure as President of the Museum of Modern Art (MoMA) and learn what it took to drag its board, kicking and screaming, to embrace diversity among curators, collections, and the board itself. And stunningly, we’re let in on the details of Aggie Gund’s surprise decision to sell a Roy Lichtenstein masterpiece in order to fund a new philanthropic effort, the Art for Justice Fund, dedicated to opposing mass incarceration. (The piece, aptly titled “Masterpiece,” netted $165 million in a sale, to hedge fund honcho Steven A. Cohen, that was blessed by Lichtenstein’s widow, a close friend of the elder Gund). ggie, which is now available for streaming on iTunes, Prime Video, Google Play, and Vudu as well, strives to move us beyond the considerable pleasures of mingling in the charitable milieu of the woman whom the New York Times suggested might be “the last good rich person” in her art-spangled world. It allows us to share in the philosophy behind her work in a way that makes philanthropic activism approachable for those of us with lesser means. About Studio in a School and supporting living artists, she shares her belief in art as a driver of human development. In regard to her unorthodox sale of the Lichtenstein, she talks passionately about her opposition to mass incarceration and prison privatization, and her preference for having her money out there involved in the struggle.

Aubin Pictures’ previous ventures range from its original project, When Democracy Works, which examines the policy initiatives of the radical right wing to What’s On Your Plate?, an action-oriented guide to children and food politics. Prior to Aubin’s founding, the younger Gund (then Saalfield) was notable for documenting the battles of the ACT UP era of AIDS activism with her collective, DIVA TV (for Damned Interfering Video Activist Television).

Aubin Pictures is emphatically not a one-woman show, says Gund; “my preference in nearly all things is to work collaboratively.” To that end, Gund set up Aubin as a non-profit not only “because documentaries almost never make a profit anyway” but so that other filmmakers could produce their projects under its umbrella in a way that only a nonprofit framework as well. “The idea is that we are part of this filmmaking community and we want to recognize the full life cycle of social justice filmmaking, which involves creation, conception, production, distribution, and social impact work.”

One of Aubin Pictures’ strengths is the makeup and close involvement of its board. “I would recommend to anyone starting a nonprofit that you create your board very intentionally–courting a set of board members who share your vision and your commitment and are willing to work as co-creators when it comes to bringing that vision to light. If you get this part right, you won’t end up with only hands-off investors; you’ll find yourself supported by people who are like-minded and want to see your projects exist in the world.”

Considering Catherine Gund’s avowed commitment to the nonprofit approach, I had one last question for her. What would happen if Aubin Pictures, perhaps unwittingly, made the next documentary blockbuster: the next Tiger King or My Octopus Teacher? “Obviously, Micah, we’d reinvest the earnings, like all other Aubin funds, into moving people to action.”  Like mother, like daughter, it would seem.