Breaking
5 car tyre and safety tips for a...
Everything You Need to Know About Corporate Social...
Is Adaptive Leadership the Key to Motivating Employees?
Why business events are set to return with...
Business events set to return with a bang!
Expanding Internationally: 5 Things to Consider for eCommerce...
How the Machine Shop Is Going Digital in...
Sustainable Food Packaging Is Helping the Hospitality Sector...
Top 5 Investment Practices To Make More Money...
Managing IT Requirements for SMEs: 5 Aspects that...
How To Build a Successful Luxury Brand In...
Finding The Best Google AdWords Consultant for Your...
8 Top Tips To Help Your Agricultural Business...
Three Reasons Why Office Décor and Design Are...
Looking To Improve Efficiency In Your Business? Here’s...
AI and machine learning for business
Home Technology Social Storytelling In 2020: Should Your Brand Try Augmented Reality?
Technology

‘Augmented reality’ may sound like something from a sci-fi film or a “Black Mirror” episode, but you’ve probably seen the technology in action even if you didn’t know its name. When Sephora’s mirrors allow shoppers to virtually try on different shades of lipstick, that’s AR at work. And when your kids play Pokemon Go or post Instagram Stories revealing their inner Disney character, that’s AR too. If you’ve ever previewed how a couch will look in your apartment before you decide to click ‘buy,’ that retailer uses AR. 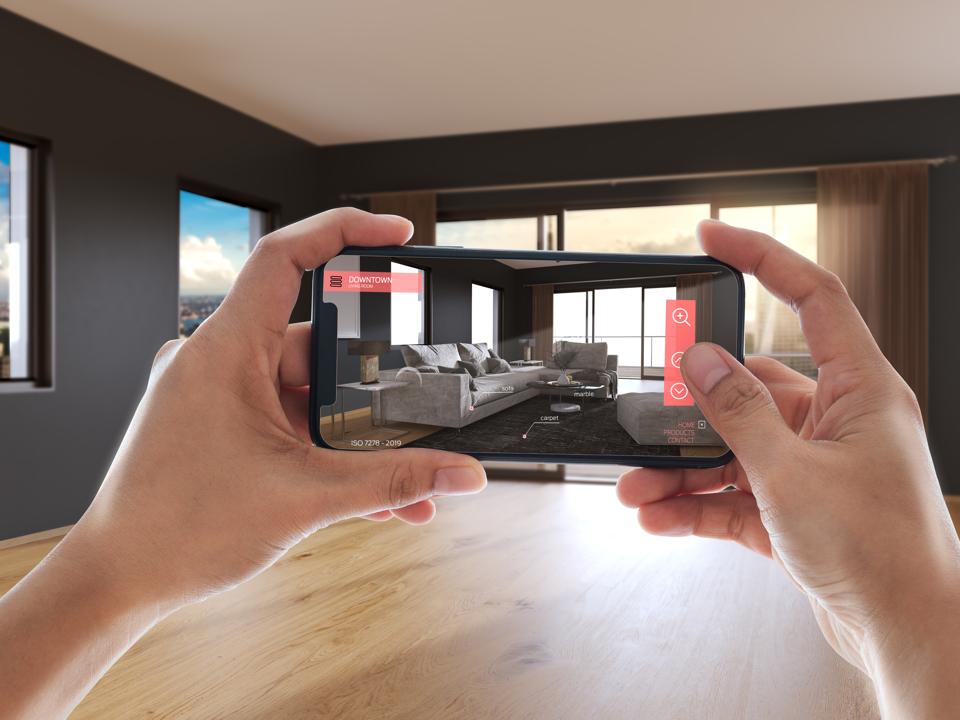 Have you ever tested how a couch would look in your space before ordering it online? That’s AR.

“I think we’re really far from virtual reality being a commonly used technology.  There’s a lot of barriers,” says Havas New York Chief Creative Officer Harry Bernstein, whose AR lab deploys filters for consumer brands like Hugo Boss, Bloomingdale’s and Adidas. But unlike virtual reality, AR doesn’t require downloading a third-party app or buying an expensive headset—it’s already built into the social platforms we use on our mobile phones every day.  “A screen was a barrier between you and an experience, and now AR breaks that barrier. You’re bringing the person in, which I think is so powerful and exciting,” Bernstein says.

Although Snapchat ignited the trend of brands wading into AR on social when it debuted Lenses in 2015, Bernstein predicts the coming years will unleash new kinds of creative storytelling. If you’re weighing the benefits of developing a branded AR experience, consider these best practices.

1) Be agile. “When you’re first to act, or early to act, you just get credit as being part of the conversation your consumer is in, and that has a ripple long term,” Bernstein says. Agile organizations have the flexibility to react to social listening, experiment and engage with customers in real-time. Though consumers perceive early adopters as relevant and contemporary, brands with poor timing run the risk of coming off as inauthentic or trying too hard, Bernstein warns. “Social media is a global conversation, and to stay relevant you have to be a part of that conversation. The conversation is fluid and ever-changing.”

2) Focus on the idea, not the tactic. Before deciding to dive into AR, make sure you have a creative idea that aligns with your brand. Brands like Taco Bell can go viral for designing fun quizzes that transform customers into chalupas, but others need to consider the utility behind their campaigns. “How are you creating a world for the consumer to live in that’s symbiotic with your brand?” Bernstein asks. “It isn’t just about slapping a logo on someone’s face.”

3) Look beyond the numbers.  Typically marketers judge a campaign’s success by return on investment, but emerging technologies like AR require taking a leap of faith. “This isn’t about clicks, likes, engagement, clickthroughs,” says Bernstein. “For some reason, consumers are attracted to this behavior, and they’re including it in the way they express themselves online, so as a brand you need to find a way to be part of this vernacular and speak their language. It’s about keeping a connection with your consumers. That right now isn’t measurable.”

4) Employ the right team. Are your brand’s creatives as well-rounded as your customer base? Because AR may involve manipulating facial features, it’s important to have a team that keeps representation top of mind and understands potential biases within the algorithms. “Diversity is huge,” Bernstein says. Does your activation work for users across geographies? Having a team that prioritizes both the logistical and creative aspects of the campaign will help ensure the best possible reach. Because his clients have global scale, Bernstein says his agency’s AR campaigns are just as accessible across the U.S. as they are in, say, Canada or the U.K.

5) Don’t interrupt the story; be the story.  While ads that disrupt content often detract from the user experience and leave consumers annoyed, social storytelling allows followers to opt-in. “Because of social media and influencers, people expect brands to be contextualized in the way they are,” Bernstein says. “Marketing isn’t only what you’re saying. It’s how you say it.”