Breaking
Rival Independent ‘Oversight Board’ Formed By Facebook’s Rivals
Meet George The Poet: Spoken Word Artist Partnering...
Parrot Plumage Color May Be Linked To Body...
Best Applicant Tracking Software
Recent Precious Metals Dip A Buying Opportunity
Looking For Venture Capital? Here’s How One 50+...
Trump Will Create More Debt Than Obama
Growing Your Retirement Money Using 401(k) Dollar-Cost Averaging
Wellness Exec Abby Miller Levy Partners With Venture...
Microsoft Teams Issues Strike To Zoom With Tidal...
What’s Coming For The S&P 500 In October
4 Ways You Can Showcase Empathy With Your...
A $22,000 Microsoft Surface Will Soon Be For...
Zooming In – Should SMEs Invest In The...
iOS 14: The Surprising Security Risk Of Sharing...
How A Break From Lord Sugar Changed The...
Home Technology Solar Orbiter Spacecraft Launch – Why Studying The Sun Is Important For Life On Earth
Technology

Today, 10th February, a new ESA/NASA mission launched for the Sun. Called Solar Orbiter, this mission will get up close to the Sun to study its behaviour. To find out why we should want to do this, I spoke to Prof. Lucie Green, space scientist and author of “15 Million Degrees: A Journey to the Centre of the Sun.”

“Solar Orbiter is such an exciting mission,” says Green. “We are sending our spacecraft on an adventure—a dangerous adventure to get close to the Sun. But the reward will be seeing our local star in a totally new light.” 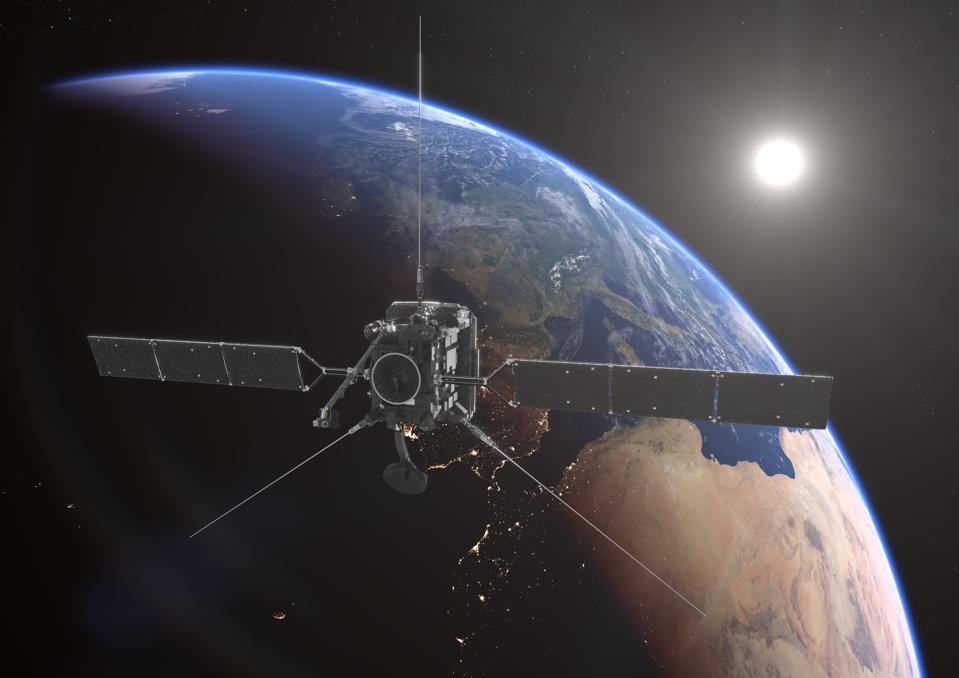 Artist’s impression of Solar Orbiter making a flyby at Earth.

The centre of our lives

The Sun is a huge, superheated ball of plasma; a gravitationally confined fusion reactor in the sky. From Earth, viewed askance with the naked eye, the Sun seems little more than a shining, featureless orb, but look closer and you will see it is very far from uniform. This variation affects us on Earth.

Not only does the Sun affect our weather, it also affects our “space weather” and has the power to knock out modern technologies such as satellites, power grids and radio communications, on which we all now rely.

We have only relatively recently in human history—since the advent of the space age—come to appreciate the Sun’s dynamism, yet we are still so far from understanding it.

“The Sun is centrally important to all life on Earth,” Green tells me, “and is the only star that we can study up close. Solar Orbiter represents a unique opportunity to gather data that we have not been able to get before. That is seeing the Sun from close proximity but also being able to see the poles of the Sun for the first time. The data will help us get a more accurate and more complete picture of how a star operates.”

Understanding the behaviour of the Sun is crucial in protecting a technological society. 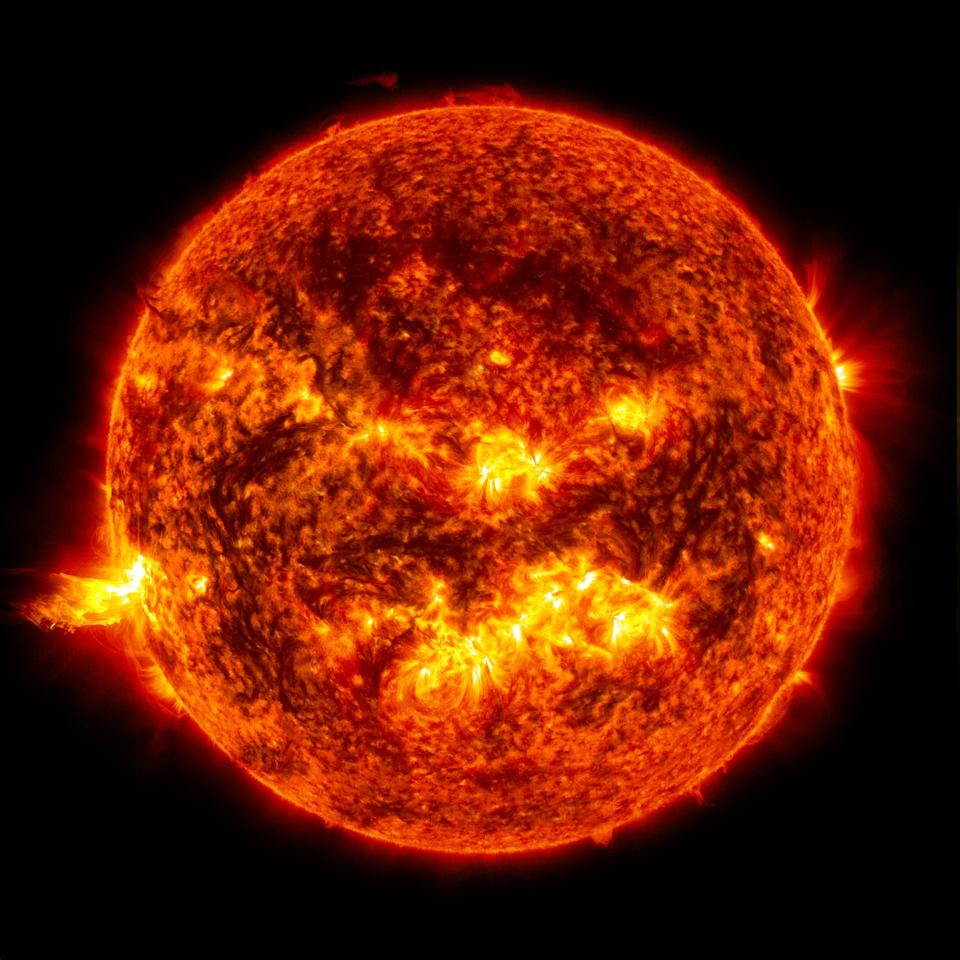 This image shows the bright light of a solar flare on the left side of the Sun and an eruption of … [+] solar material shooting through the Sun’s atmosphere.

The mysteries of the solar wind

The Sun has a hot and mysterious atmosphere, and its influence reaches out through the solar system via a solar wind.

“We know that the Sun emits a stream of magnetised gas called the solar wind,” says Green, “and that this wind blows out to vast distances from the Sun. The wind creates a vast bubble called the heliosphere and the Earth, and all the planets, sit within in. What we don’t know is exactly how the solar wind forms and why its properties change over time. Solar Orbiter will help us understand this.”

The interaction of the solar wind with the Earth’s magnetic field is what causes the beautiful phenomenon of the aurora—the northern and southern lights. The eerie polar light shows are the way that our planet dissipates the enormous amounts of energy coming from the solar wind.

Understanding more about the solar wind will help us better understand and predict the aurora, and learn more about these effects on our planet. 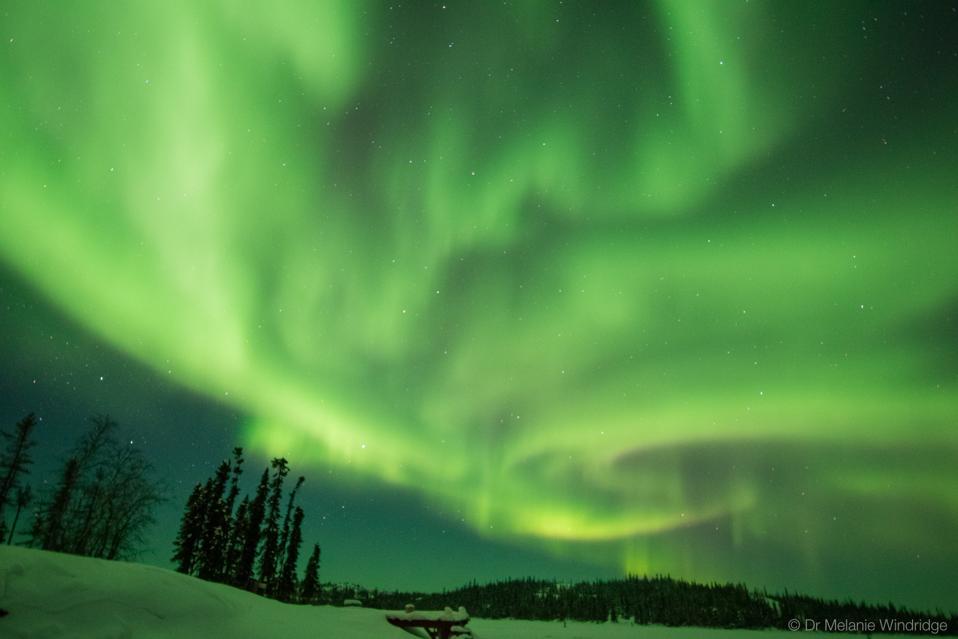 The aurora photographed in Canada.

The missing link in Sun-Earth studies

“For me, Solar Orbiter is the missing link in our studies of the Sun and how our Sun impacts the Earth,” says Green.

“Up until now, we have looked at the Sun from the region of the Earth and then measured the emissions it sends our way when they arrive here after a 150 million km journey. Solar Orbiter will look at the Sun from just over one quarter of the Sun-Earth distance and it will measure the emissions shortly after they have left the Sun, allowing us to see where the emissions have come from and what their pristine condition is.” 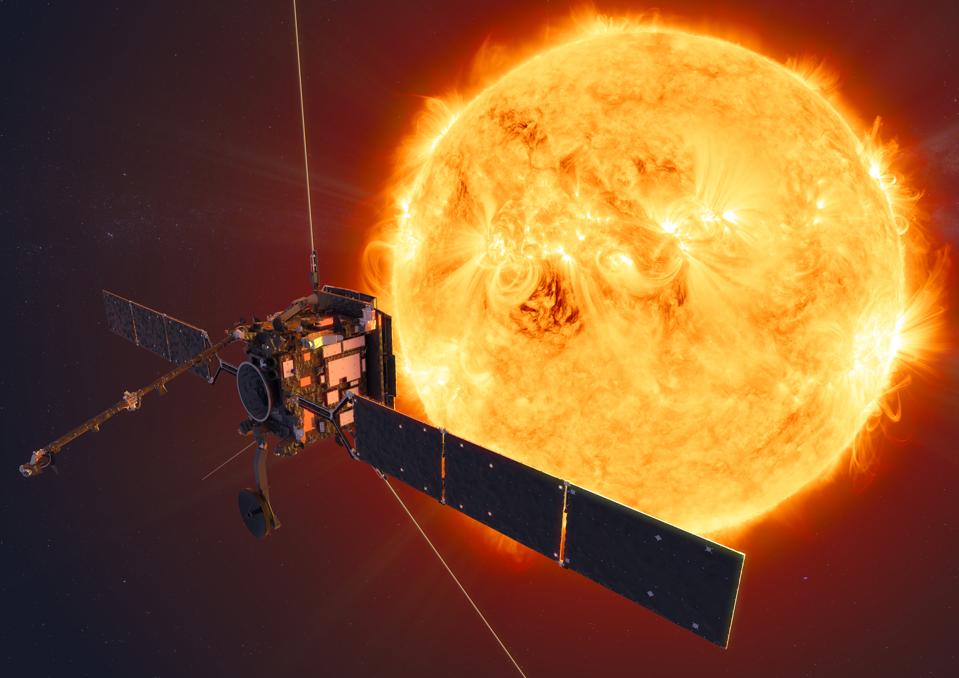 ESA’s Solar Orbiter mission will face the Sun from within the orbit of Mercury at its closest … [+] approach.

At its closest approach, when travelling at its fastest, Solar Orbiter will spend several days positioned over roughly the same region of the solar atmosphere, in the same way that geostationary satellites for weather and telecommunications sit above particular points on the Earth’s surface. This means that the spacecraft will seem to ‘hover’ over the Sun for a while. As it does so, Solar Orbiter will be able to watch magnetic activity building up in the atmosphere and see the consequences.

Getting data from so close to the Sun, before it has had a chance to change too much, will give us new information on what’s happening on the surface of our star and how this influences the planets within its domain.

Find out more about Solar Orbiter on the ESA website

Read more about the Sun in “15 Million Degrees: A Journey to the Centre of the Sun” by Lucie Green, and find out about the aurora and space weather in my book, “Aurora: In Search of the Northern Lights.”