Breaking
Your ‘Harvest Moon’ Moment Is An Illusion: Why...
Google Meet’s Unlimited Calling Will Continue To Be...
The Need For Speed-Is Quantum Computing A Good...
Stock Market Crash: The End Game Approaches
Best Video Conferencing Software
House Democrats Debate Bill To Allow Student Loan...
For These Indigenous Artists “Land Back” Is Both...
The Current Tech Stock “Bubble” Reflects Pessimism, Not...
A Look At What’s Inside House Democrats’ New...
Page Authority 2.0: An Update on Testing and...
How Public Health Experts Are Harnessing The Power...
This Husband And Wife Built A Luxury Brand,...
This Husband & Wife Built A Luxury Brand,...
Luxury Footwear Brand Chelsea Paris Re-Launches And Stays...
The 30 Upgrade Module ‘Avengers’ Farm Trick You...
50 Years After Milton Friedman, Where Does Capitalism...
Home Business Some Politicians Do Care About Nuclear Matters
BusinessTechnology 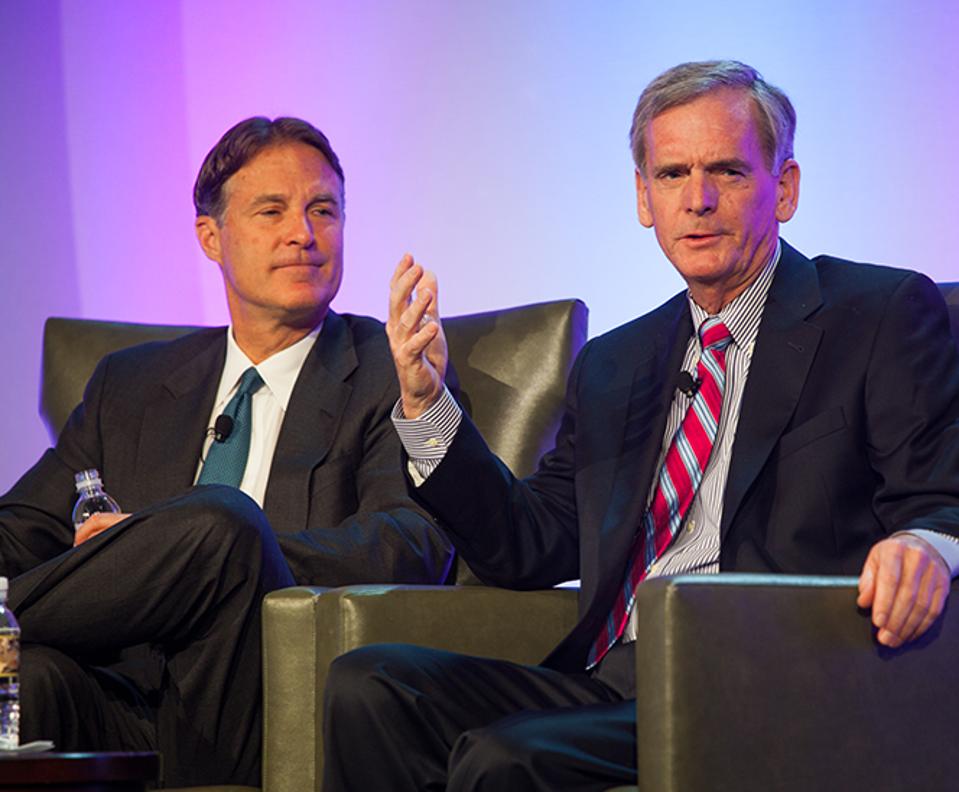 Former Senators Evan Bayh (D-IN) and Judd Gregg (R-NH) join a host of high-level politicos in a … [+] Nuclear Caucus August 4th in informing the public about the clear benefits that reliable, affordable and carbon-free electricity from nuclear power provides to America as part of Nuclear Matters.

Why don’t politicians ever talk about nuclear energy? Except for some Congresspeople firing up their bases, there is no serious political discussion about nuclear power in the mainstream media. And when there is, it’s all fear and doom, contrary to reality.

Nuclear Matters seeks to inform the public about the clear benefits that nuclear energy provides to our nation and they have formed a Nuclear Caucus that will meet Tuesday, August 4th. Hosted by former EPA Administrator Carol Browner and former Nuclear Regulatory Commissioner Jeff Merrifield, anyone can participate.

The Caucus will discuss the latest political and legislative news on nuclear, including:

Senate Passes NELA. The Nuclear Energy Leadership Act passed as an amendment to the National Defense Authorization Act, which will accelerate the development of advanced reactors and pave the way for further collaboration between the federal government, our national labs and industries across the country, highlighting the growing consensus on the value of nuclear power in building America’s clean energy future.

Road to Zero-Carbon. Arizona Public Service released its comprehensive plan to reach zero-carbon emissions by 2050. By using a balance of energy sources—including the Palo Verde nuclear plant—the utility will reach up to 65% carbon-free power in the next 10 years. Palo Verde produces more energy than any other power plant in America, over 32 billion kWhs per year, 40% more than Grand Coulee Dam which has twice the nameplate capacity.

America’s Newest Climate Plan Includes Nuclear. Democratic members of the House Select Committee on the Climate Crisis unveiled a policy plan to spearhead climate action and resilience within the country’s economy. Which is good since the only achievable Green New Deal requires as much nuclear as wind.

Advancing Nuclear Research. $65 million in funding from the Department of Energy for nuclear power research will drive new advancements in technology, while the 93 development projects provide thousands of jobs across 28 states.

Faster Approval for New Technology. The Nuclear Regulatory Commission approved a new licensing approach to reduce the regulatory uncertainty challenging the industry and streamline the advanced reactor design and licensing process—making the next generation of energy technology available even faster.

Nuclear Matters points out that our nation’s energy security, economy and environment all suffer when energy markets fail to value the basic attributes of nuclear energy:

– thousands of well-paying long-term jobs, and

– a myriad of contributions to local and regional economies

But artificial market forces and political pressure are forcing the closure of high-performing nuclear plants that should continue running for decades. The Kewaunee nuclear plant in Wisconsin, Vermont Yankee in Vermont, Indian Point New York and several others should not have been closed ahead of schedule. Their closing robbed their regions of reliable, low-carbon energy at a production cost of only four to six cents a kWhr, and lost thousands of high-paying jobs in communities that could ill-afford that loss – especially now

The new arbitrary structure of wholesale electricity markets results in artificially low electricity and capacity prices. Cheap, constant electricity provided by nuclear is kept de-valued in this present market. The dependable and constant nature of nuclear energy is even penalized with a congestion tax.

According to Nuclear Matters co-chairman Senator Gregg, “Closure of Wisconsin’s Kewaunee plant cost its host county 15% of its jobs and 30% of its tax revenue.”

So why isn’t preserving nuclear power at the top of everyone’s list?

There isn’t even much of an industry for nuclear since it requires so few people and infrastructure to produce so much energy. With a pound of nuclear fuel producing the same energy as 11 million pounds of coal, there just isn’t the same effect in manpower or geography. Even though nuclear produces more energy than hydro, wind, solar, biomass and geothermal combined.

But twenty-one states have smaller populations than the fossil fuel industry has workers.

Also, not much new has happened in nuclear since its inception that would keep nuclear on everyone’s mind. Nuclear has tooled along for 40 years, unobtrusively producing 20% of our energy and over 60% of our low-carbon electricity, decades before low-carbon was trendy. Nuclear’s quiet production, and even quieter best-safety-record-of-any-industry, never got translated to the public, who only had doom and gloom input from ideological groups.

We desperately need organizations like Nuclear Matters to inform the public about the clear benefits that nuclear energy provides to our nation and to help stop the hemorrhaging of the lowest carbon-emitting industry in America.

Because nuclear energy has no constituency. And that is very dangerous in a democracy.

‘It’s Going To Be Hard To Keep The Virus Out’: Ex-Trump Official Scott Gottlieb Warns Of ‘Rotating’ Outbreaks