Breaking
Best Incentive To Get Vaccinated: Money, Messaging, Or...
Page Level Query Analysis at Scale with Google...
How A CIO Can Align IT With Business...
Blogger of the Month: Jo, Girl Eats World
6 Things Women In Business Know That Men...
How to Use First-Party Data for Ad Personalization
Pressing Reset—Putting A Fallen Unicorn Back On Its...
How We Went Viral: Promoting Content with Influencers,...
Blame Olympic Record Price Tag For Return To...
Apple iOS 14.5 Release: Should You Upgrade?
Why Gaming Gear Company Razer Launched A $50...
Technical SEO Implementations to Increase the Impact of...
30 Brilliant Ways to Market Your Eco-Friendly Shopify...
15 Tech Industry Leaders Share Overused (And Misused)...
How to Use Amazon Posts to Promote Your...
U.S. House Passes Bill To Create First Crypto...
Home General Something Crashed Into Jupiter Last Year – And A NASA Spacecraft Saw It Happen
General 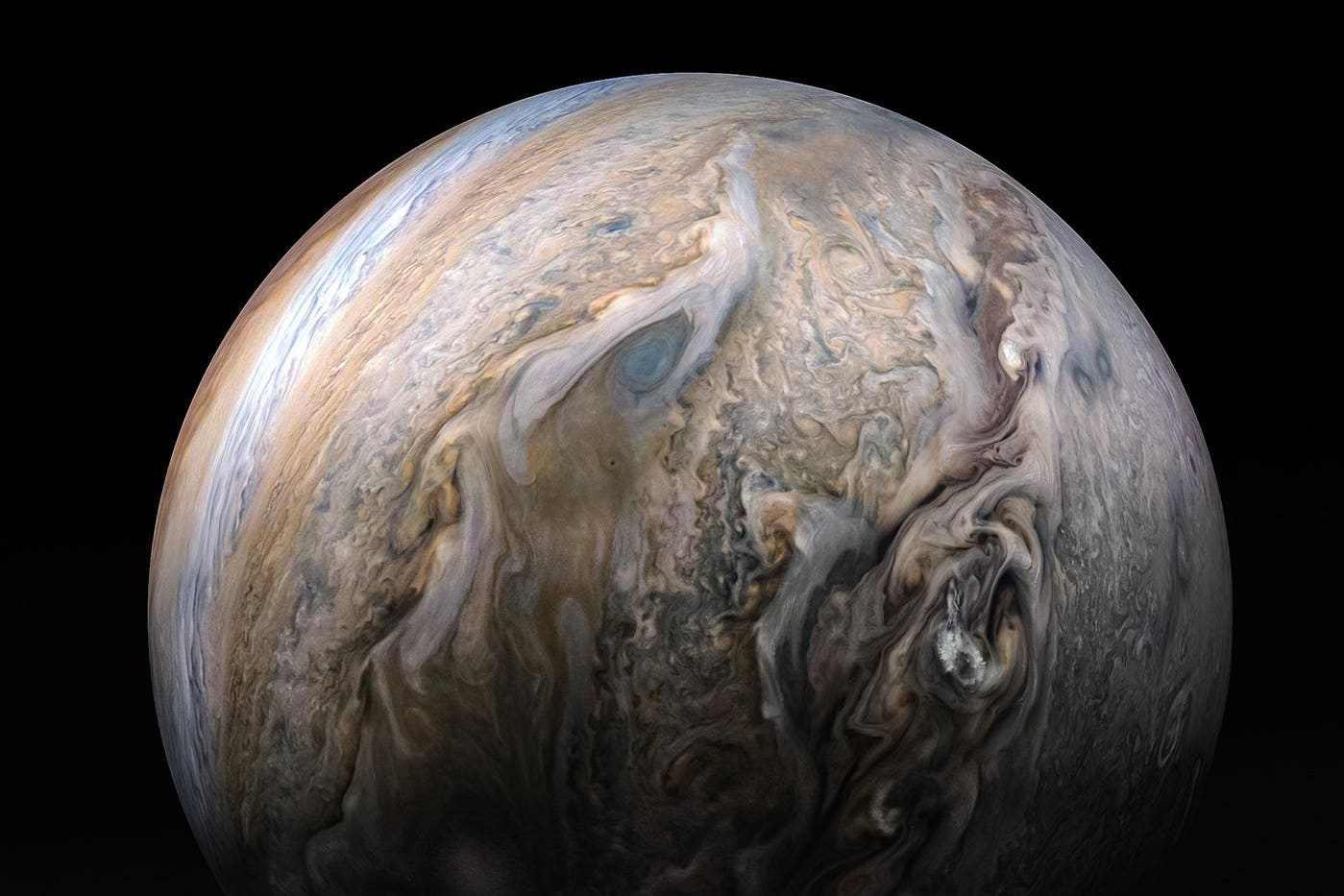 NASA’s Juno spacecraft likely witnessed the moment an asteroid or comet slammed into Jupiter and disintegrated in its atmosphere, according to a team of researchers.

The incident happened last year on Friday, 10 April 2020, when the Jupiter-orbiting Juno spacecraft was studying the gas giant planet.

As the spacecraft swung past, its ultraviolet instrument – designed to study’s Jupiter’s aurorae – spotted something unusual.

For a very brief 17 milliseconds, there was a bright flash in the upper atmosphere of Jupiter, at an altitude of 225 kilometers.

This appears to have been a meteor hitting the planet, when it then subsequently exploded as it entered into the atmosphere – known as a bolide.

The energy released by the object, which reached more than 9,000 degrees Celsius in temperature, allowed the team to estimate how big it was.

“We suggest that this was a fireball produced by a 250 to 5,000-kilogram meteoroid entering Jupiter’s atmosphere,” they wrote in their paper describing the discovery.

This corresponded to a size of about one to four meters across, up to about the length of a car.

Impacts on Jupiter are not that unusual, given it is the second largest body in the Solar System after the Sun and thus its gravity attracts a lot of other objects.

The most notable impact in history was comet Shoemaker-Levy 9 in 1994, but amateur astronomers have seen about six from Earth in the past decade alone.

Several impacts have also been witnessed by spacecraft too, namely by NASA’s Voyager 1 and Galileo spacecraft.

However, while common, Juno’s capabilities allowed it to probe the nature of this impact in particular detail, with the team able to work out its mass, altitude, and temperature.

“Having a full spectrum of the bright flash allows us to more accurately pull out a temperature and an altitude for the fireball,” says Rohini Giles from the Southwest Research Institute in Texas, the lead author on the paper.

While this was an intriguing event, though, Juno’s observation of it was “only a tiny snapshot in time,” says Giles.

Juno spins as it orbits Jupiter, meaning it was only able to observe the impact for a brief moment – just 17 milliseconds.

As such, not much is known about what happened to it before or after the snapshot Juno saw.

“But we do know that we didn’t see it on an earlier spin or a later spin, so it must have been pretty short-lived,” says Giles.

The observation is useful, however, because it helps scientists refine estimates for the rate at which objects hit Jupiter.

The team estimates that about 24,000 objects between 250 and 5,000 kilograms in mass hit the planet every year, which is in line with previous estimates.

And aside from just being interesting, there’s a scientific purpose to doing that too.

“Impacts from asteroids and comets can have a significant impact on the planet’s stratospheric chemistry,” says Giles.

For example, even 15 years after its impact, comet Shoemaker-Levy 9 was still responsible for 95 percent of the water in Jupiter’s stratosphere.

“Constraining the impact rate is therefore an important element of understanding the planet’s composition,” says Giles.

What Kind Of Entrepreneur Will You be In 2021?

What Is The Difference Between A Business-Plan Contest And A Beauty Pageant?