Breaking
Why Getting On TV Is Your Best Marketing...
Ask Larry: Can I Take My Social Security’s...
Students Can Get Hulu For Just $1.99 Per...
Documentary Calls Out Stereotypes, Issues Urgent Call-To-Action For...
The Best Preferred Stocks For 2021
China’s Rare Earths ‘Slump’ A Sign Of Domestic...
5 Ways To Promote Team Wellness This Winter
How To Refresh Your Business Ideas In The...
Yelp Is Now Accepting Covid-19 Safety Reviews …And...
What You Should Consider Before Entering An Intrafamily...
The Hidden Drag From The S&P 500 That...
The Flawed Inflation Narrative; And “V” vs. “U”
How, When And Where You Can See A...
Why You Should Stop Using Your Facebook Messenger...
IRS Collections Appears To Be Broken
Google Search Rival DuckDuckGo Tops 100 Million Daily...
Home Finance Southwest Posts 4th-Quarter Earnings Miss As Boeing Issues Continue
Finance

Dealt a heavy blow by the grounding of Boeing’s (NYSE:BA) 737 Max, Southwest Airlines Co. (NYSE:LUV) reported that its fourth-quarter profit tumbled 21% before the opening bell on Thursday.

The Dallas-based carrier, which is Warren Buffett (Trades, Portfolio)’s second-largest airline holding, posted net income of $514 million, or 98 cents per share, for the quarter. This was below Refinitiv’s estimates of $1.09. Revenue grew 0.4% from the prior-year quarter to $5.73 billion, topping expectations slightly. Operating revenue per available seat mile, a closely watched metric in the airline industry, increased 1.3% during the quarter.

For the full year, Southwest recorded earnings of $4.27 per share on $22.4 billion in revenue, which was a 2.1% increase from 2018. RASM declined 1.6% for the year as a result of the Max 737 grounding, which began in March following two fatal crashes that killed 346 people. In addition, its costs rose 7.7% from last year due to the grounding, and operating income was impacted by $313 million in the fourth quarter and by $828 million for the full year. 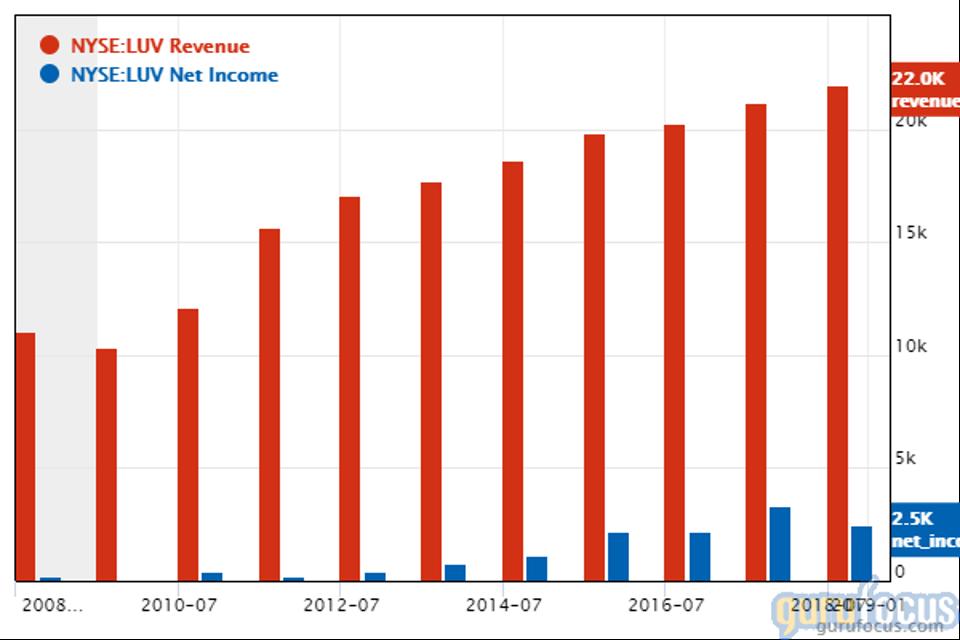 While it has reached an agreement with Boeing in regard to financial damages for last year, Southwest, which has the most 737 Max planes in its fleet and on order than any other U.S. airline, warned that the financial impact from the incident is far from over. Although he is pleased with the deal for 2019, Chairman and CEO Gary Kelly said discussions regarding further compensation for damages in 2020 are being pursued.

Looking ahead to the first quarter of the new year, Southwest said it expects RASM to increase between 3.5% and 5.5% as passenger booking and revenue trends remain healthy.

After an initial decline, shares of Southwest were up 1.12% at $54.05 on Thursday. GuruFocus estimates the stock has gained approximately 53% year to date. 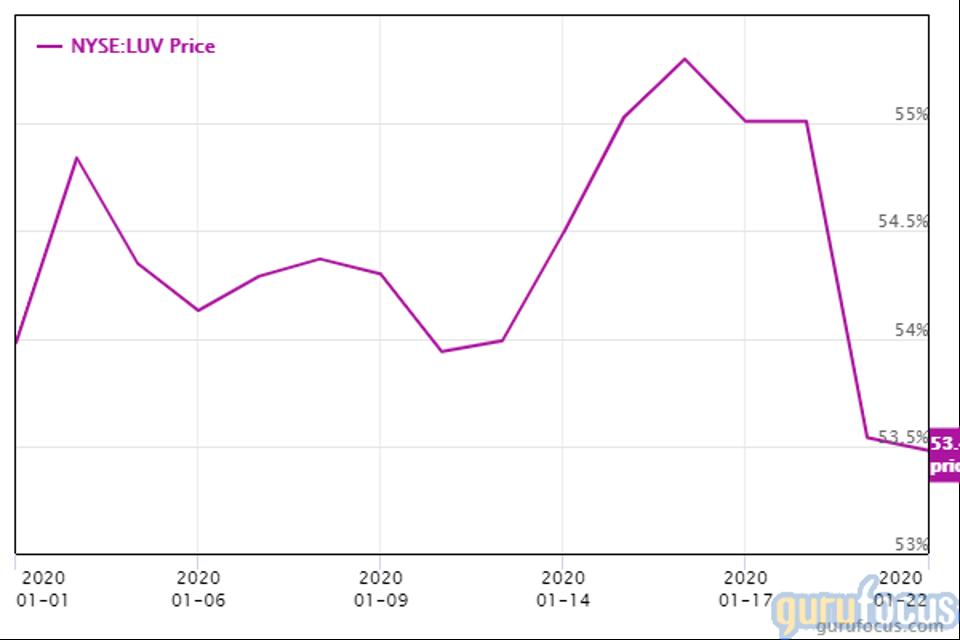 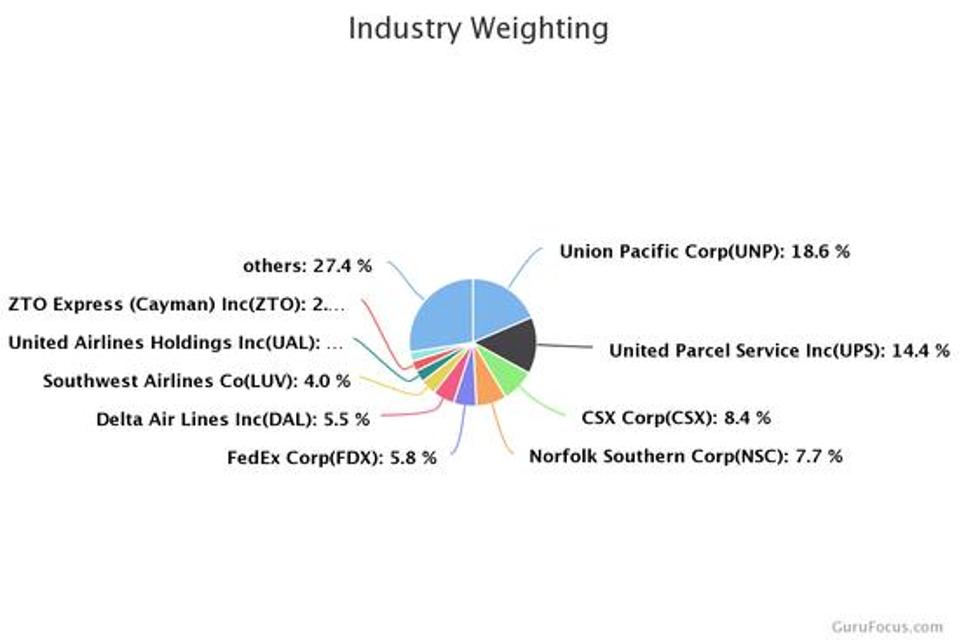 Activision Blizzard Esports Livestreams Will Now Be On YouTube

Film Study: P.J. Dozier Is Looking Like The Nuggets’ Next Unearthed Hidden Gem