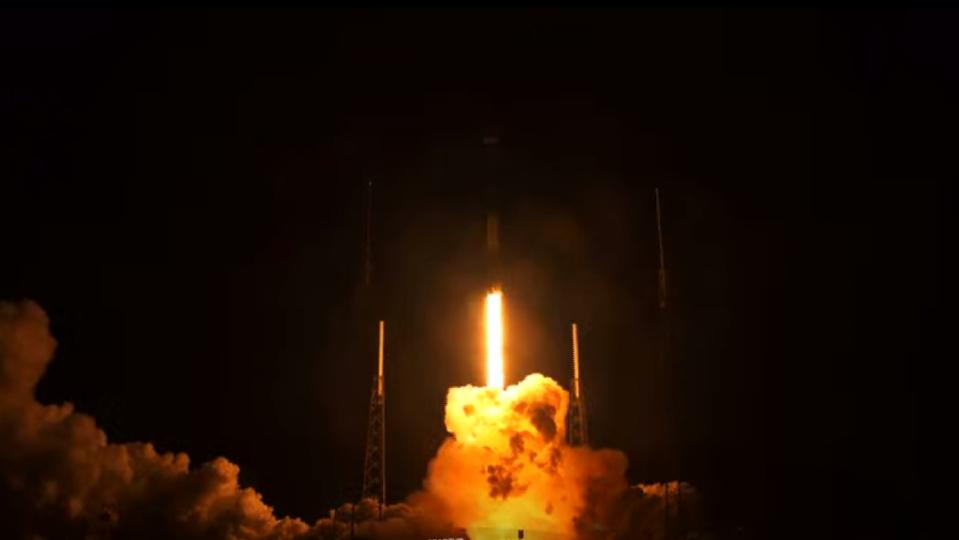 Screenshot from the livestream of Monday’s Falcon 9 launch.

On Monday evening, a SpaceX Falcon 9 rocket sent 60 more of its Starlink satellites into orbit. The successful deployment of those a little over an hour later meant that the internet satellite constellation now comprises 180 satellites, giving SpaceX control over more satellites than any other company, and keeping the company on track for its goal to start offering internet service this year.

Satellite internet is nothing new – several companies have been offering satellite internet services for years. But SpaceX is one of several companies offering a new generation of service, which involves putting satellites into low Earth orbit to reduce lag times and enable higher bandwidth, particularly for rural areas and other hard to reach places for fiberoptic or other traditional solutions.

This year, SpaceX is targeting a launch of Starlink satellites about once every two weeks. As the constellation grows, it will be able to offer more coverage. The company is targeting the start of service offerings after 6 to 8 Starlink launches (today is the third), with global service after 24.

If all goes well, the potential upside is pretty large. Morgan Stanley estimates that the revenues for broadband internet from satellites could be nearly $100 billion by 2040. Which is why SpaceX has some competition from companies like OneWeb and Amazon. But the cadence of satellite launches the company is on gives it a head start on offering services to consumers.

In addition to deploying its satellites, SpaceX also successfully landed the first stage of its rocket (the 48th time it has done so), enabling it to be reused for a future launch. The continued success of these landings means the company can keep it’s launch costs down, meaning more of the revenue it earns from satellites can be used for other purposes, such as developing its spacecraft it aims to send to Mars.

In the meantime, over the next one to four months, the satellites deployed today will make their way up into their intended orbits, about 340 miles above the Earth’s surface.

How In The World Is The ‘Sonic The...

A Crescent Moon Puts On A Show With...