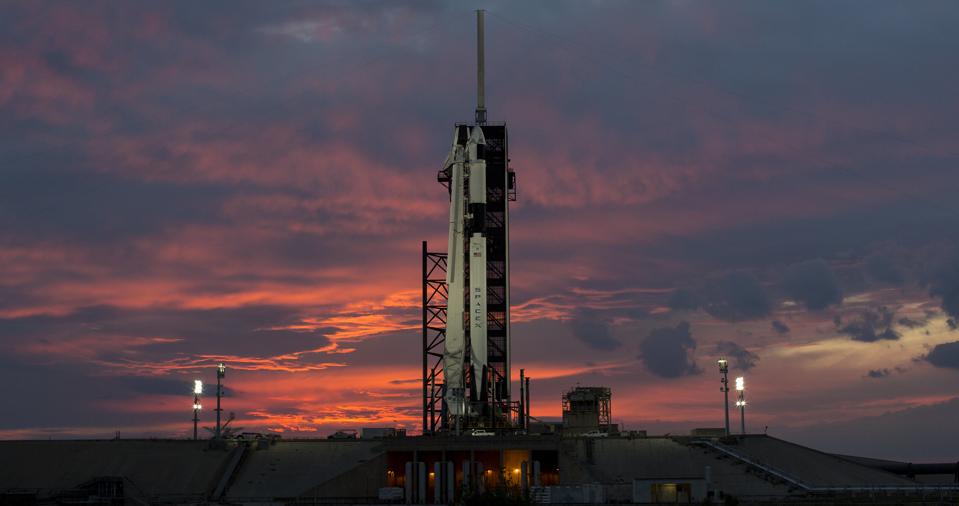 This will be the fourth and final flight for this Falcon 9 rocket.

SpaceX is set to perform an important test of its Crew Dragon spacecraft, as it seeks to begin launching humans to space for the first time in 2020.

Tomorrow, Sunday, January 19, the California-based company’s Crew Dragon vehicle will launch atop a previously used Falcon 9 rocket from Cape Canaveral in Florida. The six-hour launch window opens at 8 A.M. Eastern Time, having been delayed from Saturday, January 18 due to poor weather. SpaceX will stream the test live online.

Rather than heading to space, however, the uncrewed spacecraft will be instructed to separate from the rocket at an altitude of about 22 kilometers, to simulate a launch failure. This is set to occur about 90 seconds after the launch of the Falcon 9 rocket. The spacecraft will use its SuperDraco thrusters to escape from the rocket for the In-Flight Abort (IFA) mission.

“For this test, Falcon 9’s ascent trajectory will mimic a Crew Dragon mission to the International Space Station to best match the physical environments the rocket and spacecraft will encounter during a normal ascent,” SpaceX said. “However, SpaceX has configured Crew Dragon to intentionally trigger a launch escape after Max Q, the moment of peak mechanical stress on the rocket.”

After this separation, Crew Dragon will descend back to the Atlantic Ocean under parachute, splashing down about 10 minutes after the launch. The test is intended to show how a human crew would escape from a malfunctioning rocket during a launch.

As for the Falcon 9 rocket itself, it is “expected to aerodynamically break up offshore over the Atlantic Ocean,” according to SpaceX.  The first stage booster on the rocket, labelled B1046, has flown three times before, all in 2018.

“We tried to design a way to save B1046, but not possible,” SpaceX CEO Elon Musk tweeted last week. “Destroyed in Dragon fire.”

SpaceX noted the exact time of the break-up of the rocket will depend on several factors including wind and the performance of the rocket, but could occur after the separation or later when the rocket re-enters from Earth’s upper atmosphere. Following the break-up, SpaceX crews will recover the rocket’s debris from the ocean, as well as the Crew Dragon spacecraft itself.

The test is seen as being a key milestone in demonstrating Crew Dragon is safe for humans. If all goes to plan, SpaceX expects to launch its first crewed mission later this year, under contract with NASA.

In March 2019, the Crew Dragon spacecraft was sent on an uncrewed flight to the International Space Station (ISS) in a historic mission. However, the capsule later exploded during a routine test in April, with the planned first human launch in 2019 subsequently slipping to 2020.

Nonetheless, SpaceX are continuing to cement themselves as the most likely company to return human spaceflight to U.S. soil for the first time since the Space Shuttle was retired in 2011. Boeing, with its CST-100 Starliner spacecraft, is also expected to begin crewed flights later in 2020, despite failing to reach the ISS in an uncrewed flight in December.

What Everyone Should Know About Vaccine Development