Breaking
Mayo Clinic And Kaiser Permanente Invest $100 Million...
MozCon Virtual 2021 Interview Series: Wil Reynolds
Commodity Spikes May Be Close To Peaking, Futures...
Benefits of Responsive Web Design
ESBC Major Updates: Tons Of Heavyweight Greats Added...
5 On-Demand Courses To Help Develop Your Leadership...
How to Run Nonprofit Marketing Ads
Entrepreneurs Are Bringing Transparency To Home Buying And...
Best Incentive To Get Vaccinated: Money, Messaging, Or...
Page Level Query Analysis at Scale with Google...
How A CIO Can Align IT With Business...
Blogger of the Month: Jo, Girl Eats World
6 Things Women In Business Know That Men...
How to Use First-Party Data for Ad Personalization
Pressing Reset—Putting A Fallen Unicorn Back On Its...
How We Went Viral: Promoting Content with Influencers,...
Home Technology Splunk Stock Bolstered By Fast-Growing Cloud Business
Technology 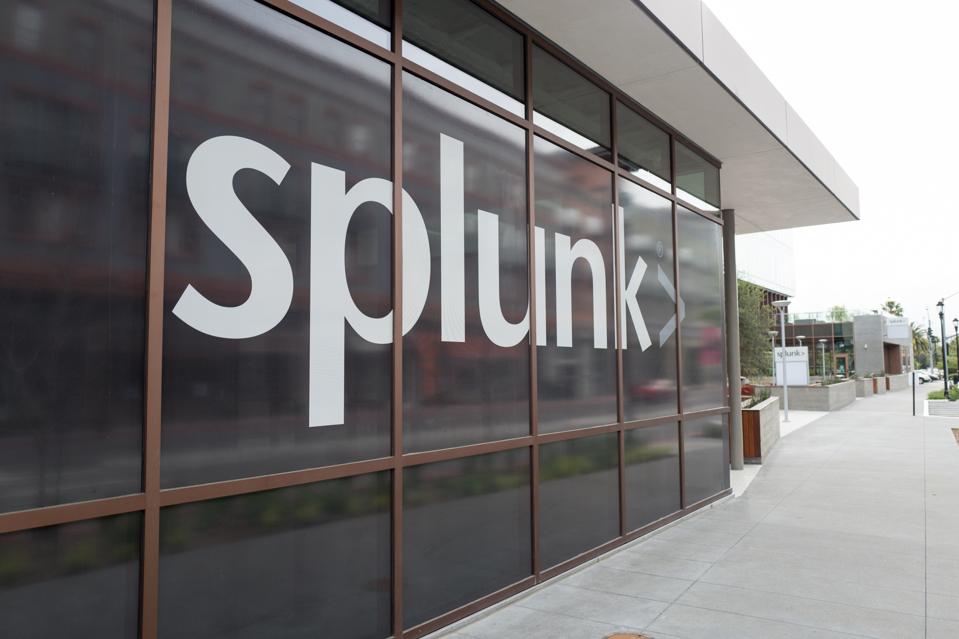 Splunk (SPLK) continues to expand its cloud software business at a rapid pace, helped in part by an acceleration in enterprise digital transformations during the Covid-19 crisis. Shares of Splunk earlier this month hit a new record high of $213.26. Recently trading around $199.60, the stock is up 33.2% YTD versus a gain of 15.5% for the Nasdaq Composite.

While subscription revenue in FQ1 accounted for just 26% of Splunk’s total revenue, it was up from a contribution of 15% a year ago. The cloud business represented 44% of total FQ1 software bookings versus 25% in the year-ago quarter.

The bookings metric tells us where the puck is headed. For FQ2, the cloud bookings mix is expected to be in the high-40% range. Based on the current momentum, the company’s cloud/subscription mix target of 60%+ by the end of FY’23 now looks too conservative.

Splunk’s cloud business is contributing to healthy growth in RPO, which ended the April quarter at $1.72 billion, up 44% from the year-ago level. Current RPO advanced 30% to $994 million.

With the acceleration in digital transformations and the trend of remote teams becoming more permanent, data volumes are expected to grow. BofA/Merrill predicts more enterprises will turn to Splunk’s best-in-class technology to ingest, manage and monitor the increasing data volumes.

BofA/Merrill last month took its price target up to $249 from $208, saying it believes Splunk can achieve management’s goal of a 40% CAGR for ARR through FY’23 by expanding its existing customer base. The firm estimates Splunk’s expansion rate at 121% to 123% based on the company’s historical mix of 80% of ARR coming from existing customers and 20% from new accounts. Splunk has the ability to achieve a net expansion rate of greater than 130%, says BofA/Merrill.

Morgan Stanley believes it’s increasingly likely that CIOs will look to consolidate capabilities and standardize on a smaller number of software platforms amid pressure on IT budgets, with Splunk emerging as one of the key consolidators.

In early July, Morgan Stanley boosted its price target to $246 from $172 because it has growing conviction that Splunk’s outlook for near-term ARR growth is achievable. Splunk is expanding into core markets that are larger than investors appreciate and has made considerable progress in recent years in building out the product portfolio, says the firm.

Rosenblatt recently increased its target to $250 from $200, saying it sees Splunk software getting prioritized as organizations accelerate the migration of workloads to the cloud.

Barclays lifted its Splunk price target to $245 from $195, calling out the pandemic as a key demand driver for digital transformations. Goldman Sachs says the criticality of many software categories has become evident during the Covid-19 crisis, as business customers have been forced to modernize their cloud systems and adjust their operations for more remote workforces. In late June, Goldman raised its Splunk target to $254 from $203.

JMP Securities remains positive on Splunk, pointing to the rising cloud bookings mix. Strength in cloud adoption implies that the company is executing better than competitors have suggested, says the firm. JMP points out that an increasing number of Splunk’s customers are adopting the company’s infrastructure-based pricing, which shows that the new pricing model is working.

4 Ways To Fine-Tune Your Messaging To Target Ideal Audience