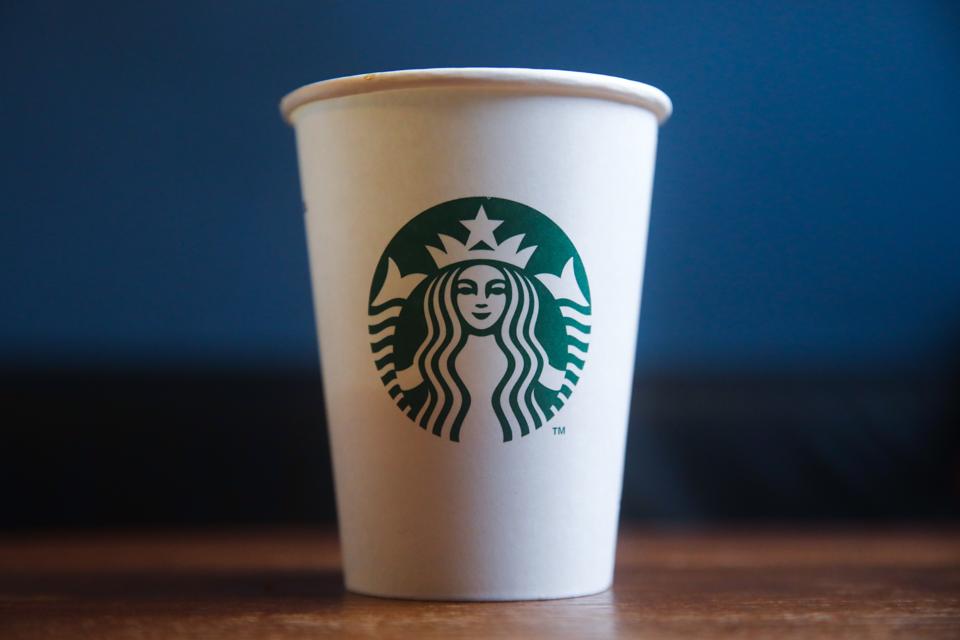 Amid the COVID-19 outbreak, Starbucks announced that it is suspending filling re-usable cups brought … [+] in by customers. (Photo by Jakub Porzycki/NurPhoto via Getty Images)

Starbucks has announced that it will be temporarily pausing the use of personal cups and “for here” ware such as ceramic mugs. All drinks will now be served in disposable cups for the time being in the U.S. and Canada.

The statement released earlier today by Rossann Williams, EVP and President of U.S. and Canada-operated businesses pledged to focus on two main priorities; health and well being of customers and partners and supporting local health officials and government leaders in their attempts to contain the virus.

Starbucks stores often ask customers with removable cups to remove the lid before handing it over for their caffeine fix, likely due to germs from the mouth contacting the lid. But the new strategy decides to do away with the cups altogether, presumably with the goal of further minimizing the risk of transmitting the virus between staff and customers, or vice versa.

Scientists have predicted that the virus could live on surfaces for up to nine days and the company also announced that it will be stepping up cleaning and sanitizing procedures for all stores, along with giving staff extra paid hours to complete this extra work.

Starbucks offers a 10-cent discount for all drinks provided in re-usable cups and says it will honor this for anyone who still brings their re-usable cup or asks for “for here” ware to drink their beverage while in-store.

Re-usable coffee cups have soared in popularity in recent years as consumers become increasingly conscious about the waste created by often non-recyclable disposable coffee cups. However, they still make up only around 5% of purchases of takeaway coffees and concerns have been raised about their cleanliness if not cleaned properly between uses.

March Madness 2020: How To Spice Up The First Four Games In Dayton