Industry pain always follows an oil price slump, and it can be excruciatingly painful when it comes to market permutations in a cyclical business facing a once-in-a-generation event. In recent memory, the industry has either faced a demand crisis like the global financial crisis of 2008-09 or a supply glut that surfaced in 2015-16. However, as the first quarter of 2020 nears its end, the industry is staring at simultaneous oversupply as well as a demand slump with many writing off much of 2020.

To demand matters first – the global coronavirus or Covid-19 pandemic is crushing near-term crude oil cargo calls at an unprecedented rate. The virus having originated in China in January, and crippling the economy of the 14 million barrels per day (bpd) importing nation, is now hitting South Korea, Japan, Italy and Iran hard.

At the time of writing (March 20), whole cities, regional economies are in lockdown from the West coast of the U.S. to the South coast of Europe. After initially cagey assessments, forecasters have finally moved on from merely revising demand growth lower to predicting actual shrinkage in the range of 90,000 to 155,000 bpd. That may yet prove optimistic. 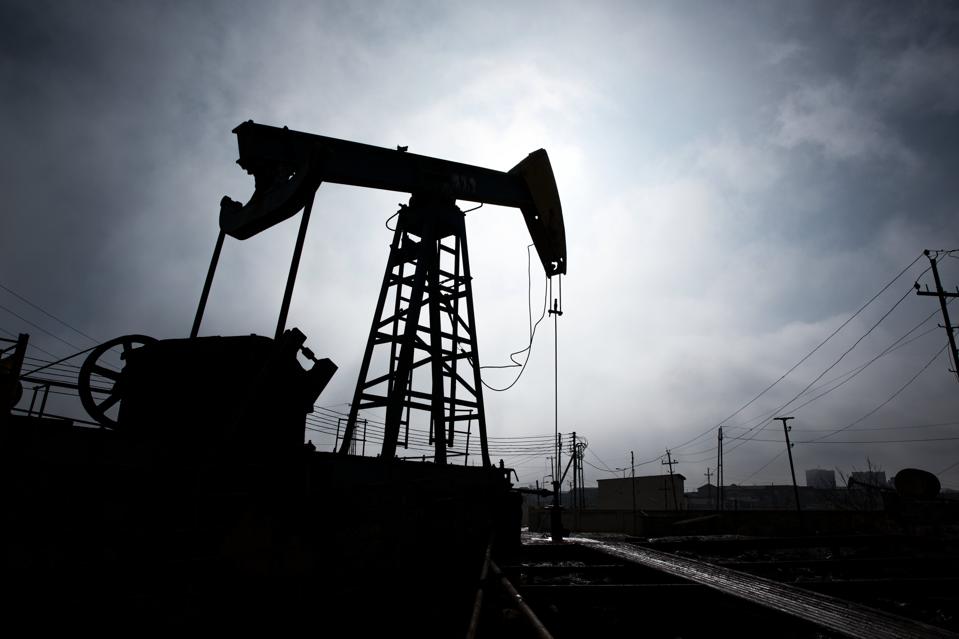 On the supply side, Saudi Arabia-led OPEC tried and failed to get Russia to agree to a deepening of existing output cuts by 1.5 million bpd on March 6. Much worse then followed, with the Saudis initiating discounts of as much as $8 per barrel on their official selling price (OSP) followed by pledges to pump as much as 12.3 million bpd. It has sent oil futures languishing in at $20 per barrel levels.

Too much oil for too few takers with too many producers vying for their attention is not just a crisis but an unmitigated disaster for exploration and production (E&P) companies and the oilfield services firms that keep them going. Both segments are preparing for $20 per barrel oil prices.

Oil majors such as ExxonMobil (NYSE:XOM), Chevron (NYSE:CVX), Shell (LON:RDSB) and BP (LON:BP) are all evaluating their capital (capex) and operating expenditures (opex), with multi-billion dollar projects likely to be in limbo. Beleaguered mid-tier independents aren’t fairing much better with Occidental Petroleum (NYSE:OXY) announcing dividend cuts of over 85%.

The cost-cutters ranks are being swelled by independents like Apache Corporation (NYSE:APA), Devon Energy (NYSE:DVN) and Murphy Oil (NYSE:MUR), all of whom announced dramatic capital budget cuts of 30% or more even before Big Oil got there. Oilfield services firms (OFS) are reacting too. Blue chip Halliburton (NYSE:HAL) has said it would furlough about 3,500 employees in Houston, oil and gas capital of the U.S., for 60 days.

Smaller OFS peers are in the same rocky, albeit more constricted metaphorical financial boat. For instance, driller Payzone Directional Services is halting operations, Liberty Oilfield Services said its executives would take a 20% pay cut and so the story goes underpinned by a wider belief in the industry that the year 2020 is a lost cause.

Jim Johnson, Chief Executive of FTSE 250 services and products provider Hunting Plc (LON:HTG), told Forbes: “The year is effectively over as a business preposition with the dramatic oil price collapse. I don’t think the Saudis or the Russians are going to blink anytime soon. For argument’s sake, let’s say oil prices hit the ‘teens’ and there is some form of market compromise; that still won’t be enough to rescue the fiscal year.”

Johnson points to the “unprecedented” amount of oil demand being taken off the market, however near-term, with airlines being cratered, cruise companies grounded and people being asked not to venture out by governments.

“Hiring freeze, pay freeze, capex freeze or opex freeze – You name it we’re doing it. Our budget is going to be drastically reduced from what we had planned for 2020 when we closed the calendar year in December 2019. Hunting has been prudent and we have never had any bad debt issues. But if there is going to a big pull back on spending by operators, we have to respond. We don’t see a recovery before 2021.”

Regina Mayor, Global Head of Energy and Natural Resources at KPMG, agrees that in this extraordinary time for the industry, many privately held and public-listed oil and gas companies have very little choice but to respond in the way they have, since most were already taking a beating from a less than impressive oil price climate.

“I am very pessimistic and don’t think the sector can rescue 2020 from here on. Market will remain jittery in the face of one of the biggest demand destruction events we have ever seen with ‘unknowns’ lurking around. Severe belt tightening will be the order of the day, no matter where the cash reserves of companies large and small currently stand at.”

Mayor also thinks the uncertainty will cloud “at least” the next three to four quarters. “There are E&P and OFS companies who will survive in a sub-$30 environment but that doesn’t mean they’ll thrive. Capex and opex cuts are already in public domain and projects will be delayed for much of 2020. I don’t see oil prices recovering in the next 12 months and much of the sector is hoping $30s, and not $20s range is the normal for 2020.”

Even if we sidestep farfetched direct industry stimulus, nothing appears to be working for the sector given the current uncertainty, according to Ashutosh Shastri, Director at EnerStrat Consulting.

“We now have a situation where low oil prices, low interest rates, possibly new stimulus funding might still lead to no or low growth in oil demand. If this scenario materializes in Q3 and continues into Q4 2020 then we do have an implausible scenario of oil remaining sub-$30 through 2020. Additionally, Q4 will again bring into sharp focus the immense earnings pressure on Big Oil and the social license to operate at COP26 at an inconvenient time.”

All in all, Shashtri says the coronavirus situation and the demand destruction is likely to be present up to Q3 implying the oil price stays at sub-$30 levels for now with little respite for near-term planning.

Carole Nakhle, Founder and CEO of Crystol Energy, feels even going into a cautiously optimistic mode later down the year is looking precarious for companies marking a big difference from the downturn the market witnessed in the wake of the global financial crisis.

“Even if there is a recovery by end of Q3 or Q4 2020, it is unlikely that we will see a rebound to last year’s levels. Back in 2008, prices bounced back quite rapidly as OPEC implemented three consecutive cuts and maintained an impressive discipline. The current mood within OPEC does not convey such intention and the coronavirus is having a sweeping effect, depressing demand across all markets, particularly oil, with no clear end in sight.”

Nakhle, Shashtri, Mayor and Johnson also raise a key point that’s lost in all the doom and gloom chatter about the oil price slump – that of natural gas prices, currently trading both in the U.S. and globally at record lows.

With much of the energy market’s attention fixated on the oil market, there’s disproportionately less chatter about sub-$2 Henry Hub, prices says Johnson.

“In this wider oil and ‘gas’ complex, the natural gas business is pretty much decimated right now. And it’s a familiar story in the U.S. – a lot of firms are over-leveraged and prices are horrible partly because of the associated gas on the Permian, which is basically free, and the oversupply from drilling in the Marcellus. It’s the largely unspoken double blow for 2020.”

An Average Booth Costs $42k. Here’s What You Can Do Instead.

Now’s The Time To Build A Virtual Super-Team. Here’s How.

First They Dropped Wrestling, Then Soccer. What’s Next...