Breaking
Best Incentive To Get Vaccinated: Money, Messaging, Or...
Page Level Query Analysis at Scale with Google...
How A CIO Can Align IT With Business...
Blogger of the Month: Jo, Girl Eats World
6 Things Women In Business Know That Men...
How to Use First-Party Data for Ad Personalization
Pressing Reset—Putting A Fallen Unicorn Back On Its...
How We Went Viral: Promoting Content with Influencers,...
Blame Olympic Record Price Tag For Return To...
Apple iOS 14.5 Release: Should You Upgrade?
Why Gaming Gear Company Razer Launched A $50...
Technical SEO Implementations to Increase the Impact of...
30 Brilliant Ways to Market Your Eco-Friendly Shopify...
15 Tech Industry Leaders Share Overused (And Misused)...
How to Use Amazon Posts to Promote Your...
U.S. House Passes Bill To Create First Crypto...
Home General State And Local Tax Deduction Limit Repeal As COVID Relief
General 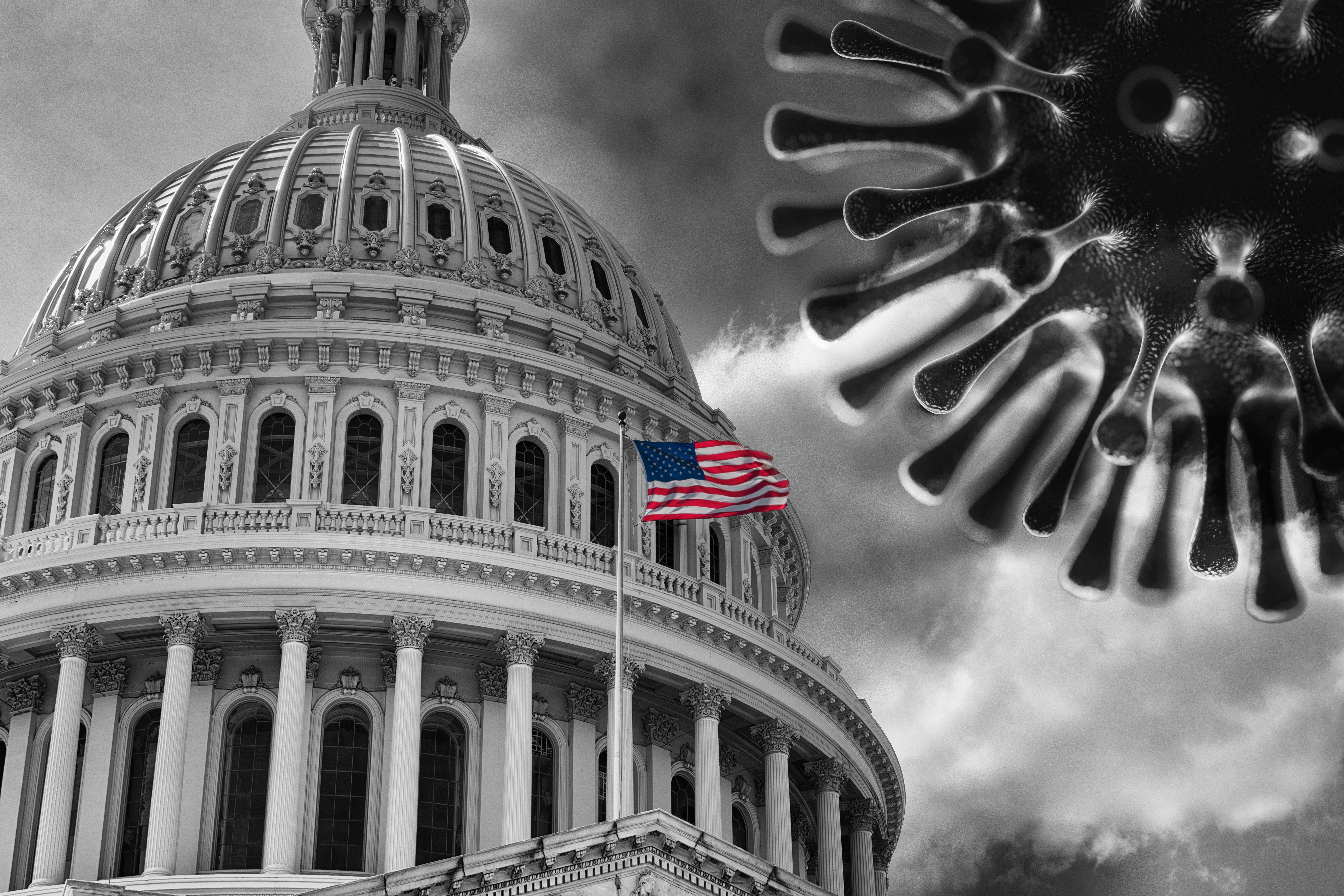 In the latest episode of the long-running soap opera over the state and local tax deduction, the New Jersey delegation to the House framed removing the current deduction limit of $10,000 as COVID relief in a letter to House Speaker Nancy Pelosi, D-Calif., and Senate Majority Leader Charles E. Schumer, D-N.Y.

The letter recited most of the usual arguments supporting repeal of the SALT deduction limit, so let’s take a look at the points it makes and consider whether they’re worth their . . . salt.

The New Jersey representatives started out strong: The SALT deduction has “historically strengthened state and local government functions.” That seems to have been its original purpose, and it clearly was the reason Congress gave in on preserving it in the 1980s, when President Reagan planned to eliminate the deduction.

That purpose is a liability for the SALT-deduction-as-pandemic-relief argument, however, because making it politically easier for state and local governments to raise taxes should be low on the list of Congress’s fiscal priorities in responding to the economic devastation of the pandemic.

If Congress wants to help relieve the state budgetary shortfalls, a much better, targeted approach is direct aid to state and local governments.

The next assertion the New Jersey representatives make is that the SALT deduction limit is “a textbook method” to direct relief to “communities ravaged by the pandemic.”

It’s unclear which groups of people they mean, because the previous paragraph recounts the layoffs in the state public sector and the SALT deduction limit almost exclusively affects high-income taxpayers.

It’s unlikely that the SALT deduction limit would be a financial help to many of the public sector employees who were laid off, and directing economic stimulus efforts to high-income taxpayers in high-tax jurisdictions is quite far from “textbook” stimulus.

Congress has other means to target economic relief to taxpayers with lower wages whose jobs were lost or threatened by the economic fallout from the pandemic and to taxpayers who are the most likely to spend any additional money immediately.

The animating principle of the proposal to remove the SALT deduction limit as part of the COVID relief plan is therefore much more general than targeting the hardest-hit groups of people. It’s that any plan that directs more dollars to New Jersey, New York, Massachusetts, and California — the states identified in the letter as among the hardest hit of the pandemic — counts as relief.

In New Jersey, only 4.3% of tax returns filed by state residents claimed the SALT deduction in 2018. That’s a smaller percentage of claimants than in Florida, where 5.1% of returns claim the deduction, even though Florida has no state income tax.

The New Jersey delegation repeated a favorite point of SALT deduction proponents that “New Jersey ranks among the lowest states for balance of payments in federal dollars — that is, money sent to the Treasury General Fund versus money received.”

This tit-for-tax analysis is an interesting way of looking at federal taxation from the state vantage point, and one that must be acknowledged by its proponents as not exactly in keeping with the idea that “Taxes are what we pay for civilized society,” as Supreme Court Justice Oliver Wendell Holmes Jr. famously put it.

But most devastatingly for this argument, it is a highly imprecise interpretation of the economic concept of balance of payments, which is applied on an international scale and is a measure of all the transactions among the people, companies, and governments in one nation compared with the transactions of those of another nation or nations.

Looking narrowly, as New Jersey’s delegates want to, at only the amount of taxes that New Jerseyans pay to the federal government and the dollars New Jersey receives in direct federal spending is capturing one small part of the actual balance of payments.

If the congressional delegation wants to grasp the total picture of how New Jersey benefits from its relationship with the entire country, it should cast a much wider net and include all the other transactions between New Jersey and the rest of the United States.

Even if the goal is to look at the relationship solely between New Jersey and the federal government, the federal-tax-dollars-in to federal-funds-out number isn’t even a rough approximation of that relationship, because it excludes the value of other functions the federal government performs, like the protection New Jersey enjoys from the armed forces, the stable currency insured by the Treasury, the tax system administered by the IRS, the treaty network established and maintained by the State Department, the markets overseen by the SEC, the safe food and pharmaceutical supply monitored by the Food and Drug Administration, etc. New Jerseyans probably consider those functions important, but they’re not captured in the taxes-to-spending analysis.

It’s worth noting that the report the New Jersey delegation cites found that the resident individuals and corporations of only eight states paid more in 2019 in taxes than was distributed to their state in federal funds. Utah was one of them.

The state that appears consistently at the top of the balance of payments list is Virginia, presumably because it has a high concentration of federal government employees and contractors attributable to its proximity to Washington, D.C.

Data from the Rockefeller Institute shows that between 2015 and 2019, the tax receipts from Virginia stayed more or less the same at around $89 trillion, but that expenditures going into the state increased from nearly $140 trillion to just under $202 trillion.

The biggest problem with the balance of payments argument — and the entire push to remove the SALT deduction limit — is that it’s contrary to a progressive income tax system. The central principle of such a system is that taxpayers with a greater ability to pay, pay more.

New Jerseyans pay more in federal income taxes on average than Mississippians because on average they earn more. The median household income in New Jersey is $85,751 (only Massachusetts and Maryland have higher medians, and they’re within around $1,000 of New Jersey’s). It’s $45,792 in Mississippi.

Removing the SALT deduction cap would erode the progressivity of the tax code, because it would mean a reduction in the taxes paid by those who have the greatest ability to pay.

The best argument for New Jersey and the other localities rankled by the SALT deduction limit is that Congress intended the deduction to financially support the states by not taxing the part of taxpayers’ incomes that they pay in state income and property taxes. The state can argue that that’s a good policy decision at the federal level.

Perhaps the reason that argument is rarely used for uncapping the deduction is that it concedes that the deduction is simply a policy decision and a gesture of legislative grace susceptible to being changed or revoked at any time, rather than an obligation of Congress to preserve.

eCommerce, Delivery And The Gig Economy Create Opportunities For Both Fraud And The Artificial Intelligence To Detect It

What To Expect From Expedia’s Stock Post Q4 Release?