Breaking
How To Use Content To Draw Others To...
Apple Loop: New iPhone 13 Leaks, Apple’s App...
25 of the Best Add-On Slack Apps to...
How to Resolve Duplicate Content
How Millennials Are Changing The Face Of B2B...
Bloggers of the Month: Kelly Jackson & It’s...
As Bitcoin Suddenly Surges Over $50,000, The Price...
In The Race To Retail Dominance, Customer Service...
Meet Onesimus, The Enslaved Man Who Saved Boston...
How to Build a Sales Forecast Model
The Unexpected Ways COVID-19 Has Forever Changed What...
Google Posts: Conversion Factor — Not Ranking Factor
How To Bring Your Branding To Life
Coinbase Cofounders And Investors Poised To Rake In...
How To Stay Top-of-Mind For Your Audience With...
Introducing The Chrome Extension: Get Share Counts, Links...
Home Business State High School Organizations Should Have Proper Resources Before Supporting Esports
Business 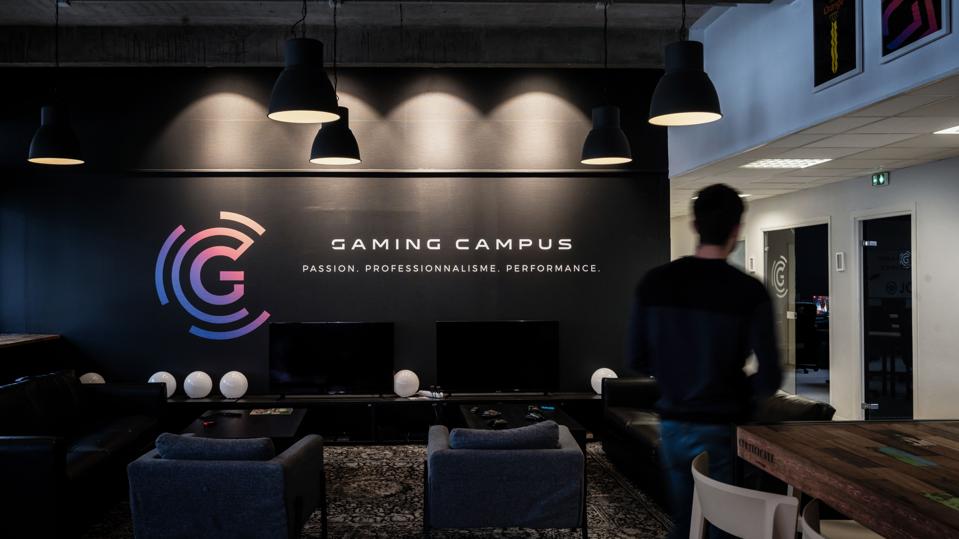 Does calling an activity, a board game or an electronic game a sport make it a sport? If you call it a sport, can you attribute all the research supported benefits of traditional sports participation to those students who play it? Do the participants count when high schools compute compliance with the gender equity requirements of Title IX? If the game is played on a computer, can you infer that players will be attracted to science, technology, engineering and math (STEM) fields? If the content or culture of the activity is violent, sexist or otherwise objectionable, should educators hesitate to embrace such extracurricular programming?  If the internet “playing field” or electronic game is owned by a commercial entity that charges every player a participation fee should that raise a red flag? Should educators be concerned if those commercial entities are paying high school associations to recognize or “sell” their product to their members? If playing for prize money and betting for cash or skins is embedded in the culture of the activity, is there cause for concern?

It’s past time for educators to do their due diligence on Esports, starting by following the money.

While the NCAA and other national collegiate sports organizations have not widely recognized Esports (video gaming) as a varsity sport, the National Federation of State High School Associations (NFHS) is engaged in a full-court press to have it recognized as a varsity sport at the high school level. Fifteen state associations having already done so. The NFHS agreement with PlayVS, the internet platform upon which competition is conducted, promises to “introduce” Esports in another 15 states in 2020.  PlayVS is partnering with state high school associations to promote schools adding Esports by publishing promotional materials that persuade parents and educators to support the initiative.

The student gamers (or schools on their behalf) pay PlayVS to play at the cost of $80 per player.  The initial school investment for adequate equipment is estimated to be $44,000 to $87,000 not including technology upgrades, adequate broadband service and competition areas. However, the beauty of the business model is that there is no limit to the number of players. Five players comprise a team but a school can have any number of teams and there are two playing seasons, fall and spring. Players are limited to playing on one team per season. PlayVS’s marketing of video gaming as a varsity sport is capitalism as its best. The issue is not one of objecting to price or profit. Rather, educators should recognize that this polished, well-financed and well-orchestrated sales pitch from a commercial entity deserves careful due diligence.

Is Esports a sport that will pass Title IX muster as an interscholastic sport? Probably not. While the Department of Education has not yet made a determination, Esports does not involve “athletic ability” (use of physical skills involving strength, agility, or stamina) and does not involve a specific set of rules. For example, if you play basketball anywhere, the rules are the same. while there are 13 different video games recognized in Esports competition. None of these are promulgated by a national governing organization (a la NCAA football rules). The conduct of Esports does not resemble the manner in which other varsity sports are conducted. For example, there is no limit on number of teams a school can sponsor and teams have two, rather than one, seasons of competition per year. While Esports may not be a bona fide varsity sport, its inclusion as an after-school club is reasonable.

Does competitive video gaming have a STEM connection? Other state high school activity associations conduct competition in computer science that do not involve video games. Why wouldn’t educators embrace video games with proven STEM connections such as Math Blaster, Reader Rabbit, National Geographic Challenge, World Rescue (climate change and other world issues) or the Portal Series. These are knowledge testing, problem-solving games that involve more than spatial skills and they are not disguised as sports.

The pitch for Esports is slick – touting only positive benefits and implying that the research supported benefits of traditional interscholastic sports or afterschool activity engagement seamlessly apply. There is no mention of the downsides such as the negative correlation between videogame participation and internet surfing and educational study time, time doing homework, lower performance in reading, PISA scores, and low school competence.  None of these promotional materials mention that 65% of players experience “severe harassment” (cursing, sexual remarks, etc.) during and after game play, gamers are not welcoming to girls, Internet Gaming Disorder (IGD) is a recognized addiction by the American Psychiatric Association, or high school boys in particular are at high risk for gambling addiction.

Bottom line? High school Esports governing organizations should prohibit gambling, pay for play, and have a strong anti-corruption mechanism in place. Video games selected for school participation should unquestionably be ‘sanitized’ to remove violence and sexism and a safe educational environment must be guaranteed. Competition rules should specify an equal number of girls and boys on each team. A strong teacher advisor must be present, maintaining a respectful, supportive and safe educational environment for all, but especially girls. Participation fees should not preclude students from low income households. Before embracing the commercially supported Esports movement, educators should be sure that that such programs have a net positive effect on school children.

Retailers: Is Your E-Commerce Website Ready For A Sales Surge?