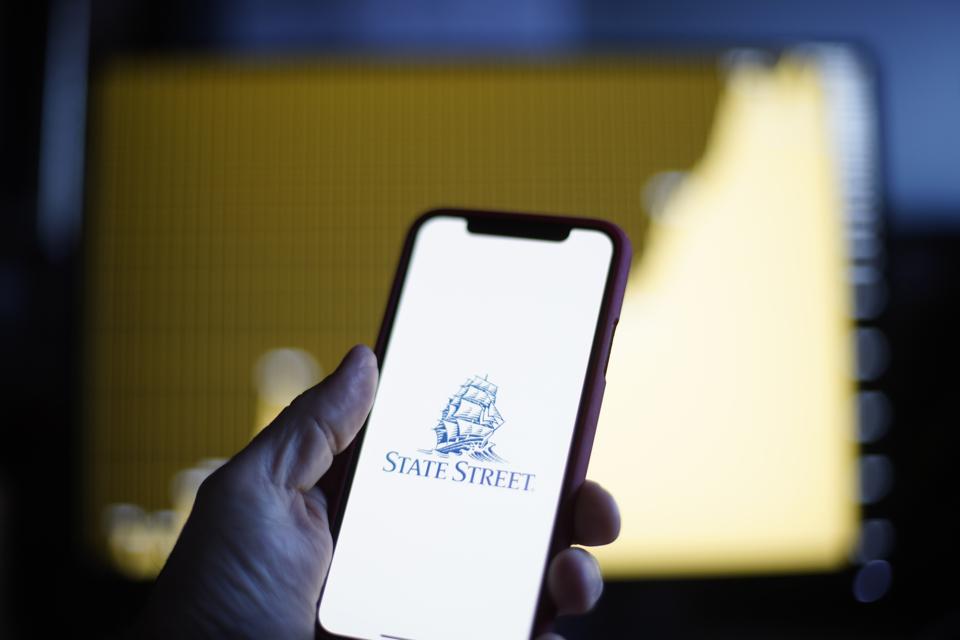 The State Streetlogo is seen on a mobile device in this photo illustration on March 17, in Warsaw, … [+] Poland. State Street is one of the ten largest banks in the United States. (Photo by Jaap Arriens/NurPhoto via Getty Images)

Comparing the trend in State Street’s (NYSE: STT) stock over recent months with its trajectory during and after the Great Recession of 2008, we believe that the stock can recover to $61 levels similar to the trend seen last time. This would imply a gain of 15% – a modest upside from the current level of $53, once fears surrounding the coronavirus outbreak are put to rest. Our conclusion is based on our detailed comparison of State Street’s performance against the S&P 500 in our interactive dashboard analysis, 2007-08 vs. 2020 Crisis Comparison: How Did State Street Stock Fare Compared With S&P 500?

The World Health organization declared a global health emergency at the end of January in light of the coronavirus spread. Between January 31st and March 31st, STT’s stock has lost 29% of its value (vs. about 22% decline in the S&P 500). A bulk of the decline came after March 8th, when an increasing number of Coronavirus cases outside China fueled concerns of a global economic slowdown. Matters were only made worse by fears of a price war in the oil industry triggered by an increase in oil production by Saudi Arabia.

State Street is a custody banking giant which generates most of its revenues from asset servicing fees which it charges as a percentage of Assets under Custody & Administration (AuC/A). It generated around 65% of its revenues from asset Servicing business in 2019, and has roughly $33.2 trillion in Assets under Custody & Administration. As a result of the economic uncertainty and widespread panic, the company’s stock could suffer sizable losses due to a drop in asset valuations driven by net market losses.

We believe State Street’s Q1 and Q2 results will confirm this reality with a drop in both asset servicing fees and AuC/A. If signs of coronavirus containment aren’t clear by the April Q1 earnings timeframe, it is likely State Street’s stock along with the broader market is going to see continued drop when results confirm palpable reality.

But State Street Stock Witnessed Something Similar During The 2008 Downturn

We see STT stock declined from levels of around $57 in October 2007 (the pre-crisis peak) to roughly $21 in March 2009 (as the markets bottomed out) – implying that the stock lost as much as 63% of its value from its approximate pre-crisis peak. This marked a sharper drop than the broader S&P, which fell by about 51%.

Will State Street’s Stock Recover Similarly From The Current Crisis?

Keeping in mind the fact that STT stock has fallen by 29% this time around compared to the 63% decline during the 2008 recession, it could recover by 15% to levels of $61 once economic conditions begin to show signs of improving. This marks a partial recovery to the $75 level STT stock was at before the coronavirus outbreak gained global momentum. While the bank has a strong balance sheet, lower asset valuations would take a toll on its revenues in the near term, limiting the upside potential.

That said, the actual recovery and its timing hinge on the broader containment of the coronavirus spread. Our dashboard forecasting US COVID-19 cases with cross-country comparisons analyzes expected recovery time-frames and possible spread of the virus.

Further, our dashboard -28% Coronavirus crash vs 4 Historic crashes builds a complete macro picture, and complements our analyses of the coronavirus outbreak’s impact on a diverse set of State Street’s multinational peers including BNY Mellon and Morgan Stanley. The complete set of coronavirus impact and timing analyses is available here.

How Visa, MasterCard, And American Express Can Help Restaurants