Staying Safe Through The Winter – Carbon Monoxide, The Silent Killer 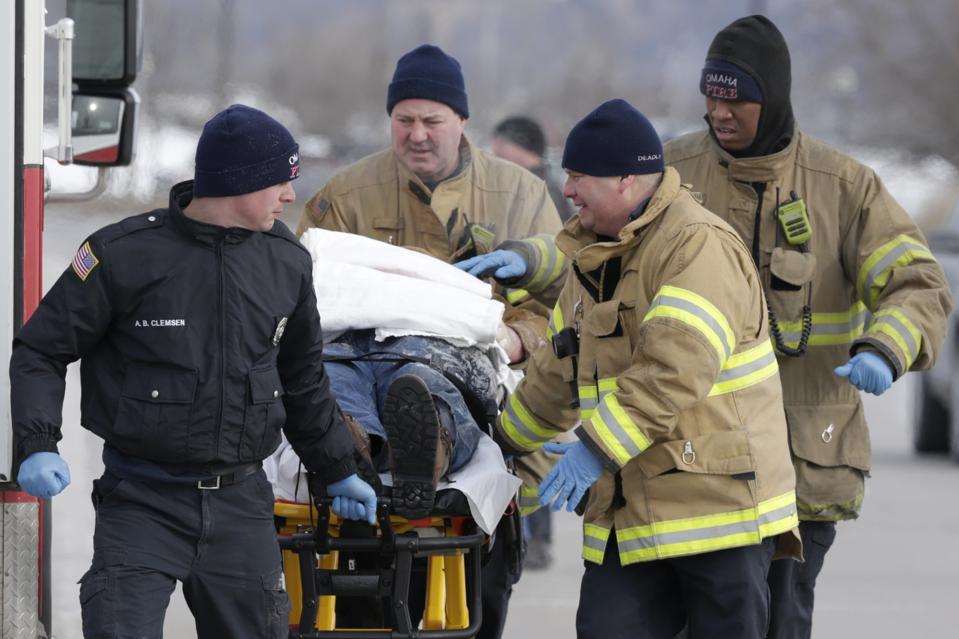 FILE – In this Jan 30, 2019, file photo, first responders evacuate a person found in sub-freezing … [+] temperatures on the banks of Carter Lake, in Omaha, Neb. The dangerous cold and heavy snowfall that hobbled the northern U.S. this week has retreated, but not before exacting a human toll: more than 20 deaths and hundreds of weather-related injuries including frostbite, broken bones, heart attacks and carbon monoxide poisoning. (AP Photo/Nati Harnik, File)

Although winter is just beginning, severe storms with high winds have already brought power outages throughout the country. This raises the risk of carbon monoxide poisoning (CO) a great deal.

Each year, about 50,000 people visit emergency rooms and more than 400 die in the US due to accidental carbon monoxide poisoning, not related to fires. The riskiest states were Wyoming, Alaska, Montana, North Dakota, and Nebraska. Surprisingly, California and the Northeast were the lowest risk.

Symptoms of CO poisoning are nonspecific and can include headache, dizziness, weakness, upset stomach, vomiting or diarrhea, chest pain, and confusion. Many of the symptoms can be confused with the flu or other viral infection, except there is no fever with the poisoning. People who are asleep might not be awakened with such symptoms and could die in their sleep.

CO poisoning in our town

Our town, Cumberland, Maryland, is no stranger to CO poisoning. We were made famous in 1911 in the NYTimes, in “The Strangest Poison Mystery in Criminal Annals.” A young couple, Charlie Twigg and Grace Elosser were to be married on New Year’s Day. They met the evening before and were soon found dead in the parlor. It was weeks before the mystery was solved. Unfortunately, a Dr. Littlefield tested his hypothesis by locking a cat in the parlor. It, too, quickly died, supporting that the murderer was the gas stove in the sitting room.

Another fatal case occurred in 2013, when an elderly man vacationing at the annual festival of Vegas-style gambling at the Allegany County fairgrounds died. His wife was also critically ill. The source was the generator adjacent to their RV, as Deborah Blum noted in her aptly titled, “While You Were Sleeping” article.

We’ve had other problems with CO. Just last month, CBIZ Financial Services had to be evacuated. While employees smelled what they thought was gas. It turned out not to be—but the fire department found high levels of CO from a gas boiler.

While many of us know that CO poisoning commonly comes from exhaust from cars or furnaces, there are other risks you should be aware of.

Poisonings spiked after some hurricanes and natural disasters. Why? Because of the use of portable generators. Likely, cases are undercounted.

During the winter, major sources of poisoning are malfunctioning heating systems, improperly vented kerosene heaters, camp stoves, or grills. There were over 200 cases from underground utility cable fires in a four year period in NYC. These were anecdotally linked to road salt applications for de-icing, leaking into the cables and igniting fires. Some of these could be prevented by careful attention to infrastructure maintenance.

If you are stuck in a snowstorm, be careful, because if the tail pipe is blocked by snow, the exhaust can enter the car. Lifewire cautions that stopping and starting the motor while trying to stay warm can result in higher CO levels than just running the ignition continuously.

One overlooked source of CO poisoning is from keyless-ignition vehicles. Over half of new vehicles use a fob that transmits a radio signal to start the car with a push button. The problem is that many people don’t realize that the car does not turn off on its own. More than three dozen people have been killed because of this since 2005. According to the NY Times, the auto industry has opposed a software change that would prevent this, though it only cost pennies per car. The Society of Automotive Engineers proposed this in 2011, but it has yet to happen. Now Heidi King, the current head of National Highway Traffic Safety Administration, says the agency requires more information.The PARK IT Act (S. 543), which would require an automatic shutoff, was introduced by Senators Richard Blumenthal (D-CT) and Edward Markey (D-MA); unlike runaway cars, the bill is going nowhere at the moment.

Since CO can diffuse through gypsum wallboard and floorboards, poisoning can occur from neighboring units in a building or an adjacent garage. 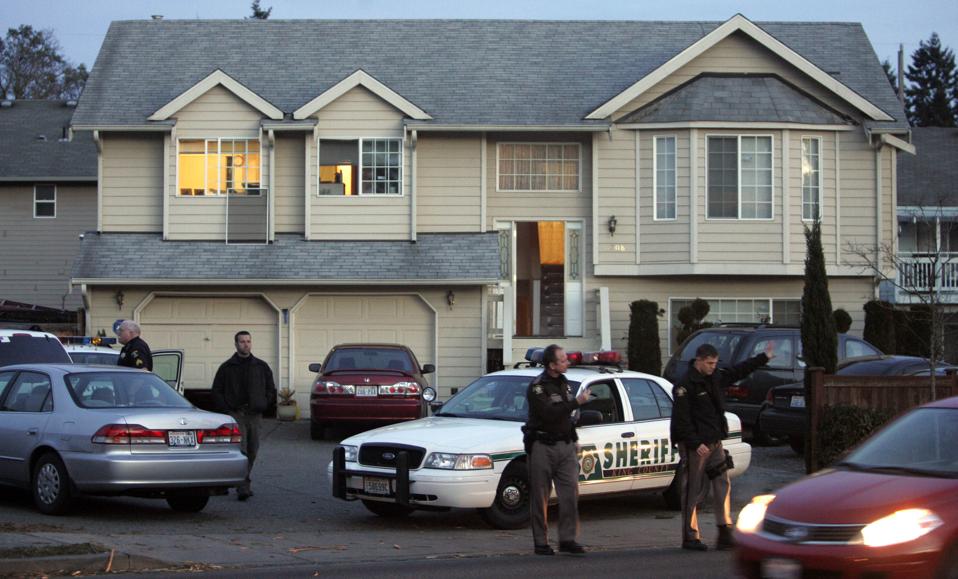 Police stand outside the house where four family members were found dead Monday, Dec. 18, 2006, in … [+] Burien, Wash., of apparent carbon monoxide poisoning after running a generator in their garage, raising the death toll from last week’s fierce windstorm to 12. The four, one woman and three males, the youngest a 14-year-old boy, were found in the home in Burien, along with another relative who was clinging to life, said King County sheriff’s Sgt. John Urquhart. (AP Photo/Elaine Thompson)

A few months ago, I learned that in most states, hotels and motels are not required to have CO detectors. I’ll have details in an upcoming story.

How to protect yourself and your family:

Remember—CO is odorless, tasteless, and colorless so may not be detected prior to symptoms—or death. Have working CO detectors in your home, especially near sleeping areas.

Take a portable CO detector with you when traveling.

Make sure your home’s dryer, furnace, and fireplace are properly vented. The same is important for car tailpipes, that can become clogged with snow.

Don’t start the car to warm it in a closed space, or leave it running in the garage, even if the door is open.

If your car has a keyless ignition, double-check that you have turned the engine off.

If your electricity is out, do NOT use the gas stove, a charcoal grill, or a fuel-powered space heater to warm the area. Keep gas-powered generators or engines at least 20 feet away from the house.

Ask your senators to support commonsense solutions to a deadly problem—such as requiring car manufacturers to have automatic ignition shutoffs and CO monitors and requiring all lodging have such detectors. In the meantime, your safest bet is to take a CO detector with you when traveling.

It could be another brutal winter. I hope you stay safe with these tips.

A U.S. Fed Offical Made A ‘Significant’ Bitcoin Warning