The U.S. is undergoing a historic experiment in doing “whatever it takes” to indefinitely prop up the economy through stimulus checks and massive multi-trillion dollar bailouts.

The coronavirus pandemic and subsequent lockdowns to contain it have prompted the U.S. Treasury and the Federal Reserve to pump more than $6 trillion into the economy—with potentially much more to come.

The unprecedented moves, which dwarf the federal government’s response to the 2008 financial crisis, have sparked warnings the government risks “undermining trust in currencies” and that the dollar could become “a big joke.” 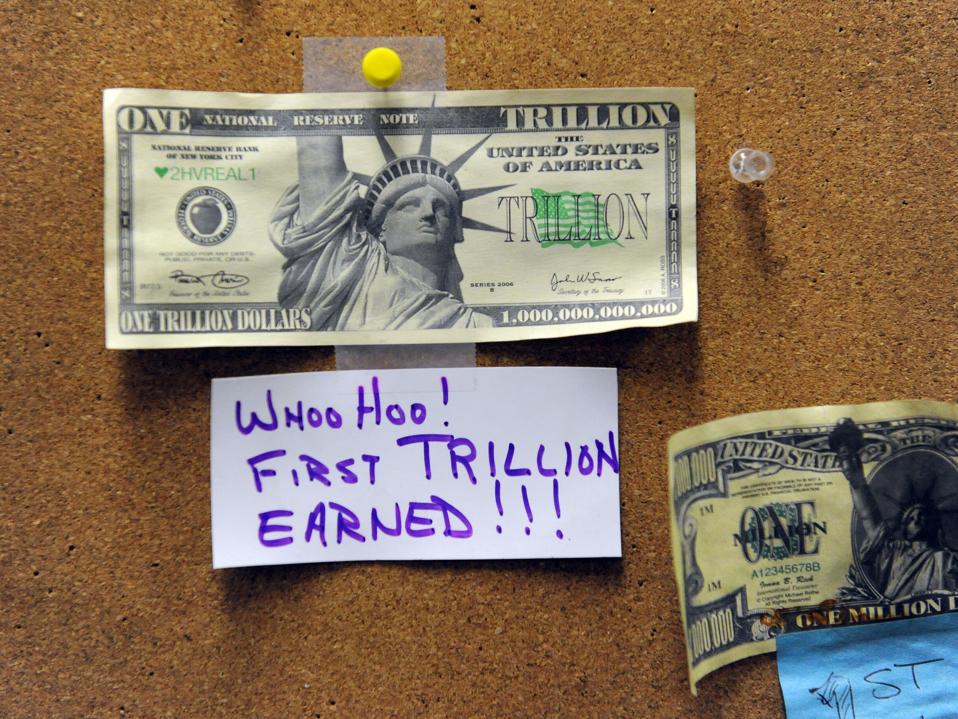 Governments around the world have bailed out businesses to the tune of trillions of dollars, sending … [+] stimulus checks and paying wages to try to keep economies afloat amid crippling coronavirus-induced lockdowns.

“America has never seen anything like it,” expert on the Federal Reserve and nonresident fellow at Brookings Institution, Peter Conti-Brown, wrote earlier this month, adding the extraordinary measures will put “pressure on a traditional line between monetary and financial policy controlled by the central bank and the financial, economic, and fiscal policy controlled by the president of the United States and his representatives.”

The extreme shock-and-awe response to the economic devastation wrought by the coronavirus pandemic has plunged the world into uncharted territory, with the financial and economic status quo badly shaken.

“Nobody really knows how this is going to turn out,” financial writer and investment strategist at Mauldin Economics, Jared Dillian, wrote in a Bloomberg Opinion column last week.

“These numbers are so large that they no longer have any meaning; they are simply abstractions,” Dillian wrote, pointing to warnings made by former Fed chairman Paul Volcker that “it is a governmental responsibility to maintain the value of the currency they issue. And when they fail to do that, it is something that undermines an essential trust in government.”

“After you throw a few trillion dollars around, people start to believe that it’s all a big joke,” Dillian added.

Calls for the Fed to offer support to ordinary Americans to a similar tune as big business have grown louder, with individual stimulus checks of around $1,200 quickly disappearing into the void.

“A People’s Fed could plausibly give every worker a monthly zero-interest loan, and then forgive them all,” George Washington University assistant professor of economic history Trevor Jackson, wrote this month, adding the coronavirus “pandemic has annihilated most of the boundaries of the possible.”

Meanwhile, in response to the Fed and central banks around the world printing money while interest rates remain at historic lows, high profile investors are fleeing government bonds.

“If you’re holding a bond that gives you no interest rate, or a negative interest rate, and they’re producing a lot of currency and you’re going to receive that, why would you hold that bond,” asked Ray Dalio, the boss of the world’s largest hedge fund Bridgewater Associates, speaking to financial newswire Bloomberg.

Dalio said he expects the price of gold to rise in the current environment.

Others have been making the case for scarce digital assets like bitcoin.

“We have seen macro investors like Ray Dalio, Bill Ackman, and others rallying around gold—and we believe it won’t be long before investors begin to accept the narrative around bitcoin,” said Meltem Demirors, chief strategy officer at digital asset management firm CoinShares.

“In a world where people are looking for real assets that hold value in an inflationary cycle, assets like gold and bitcoin become very appealing to hold.” 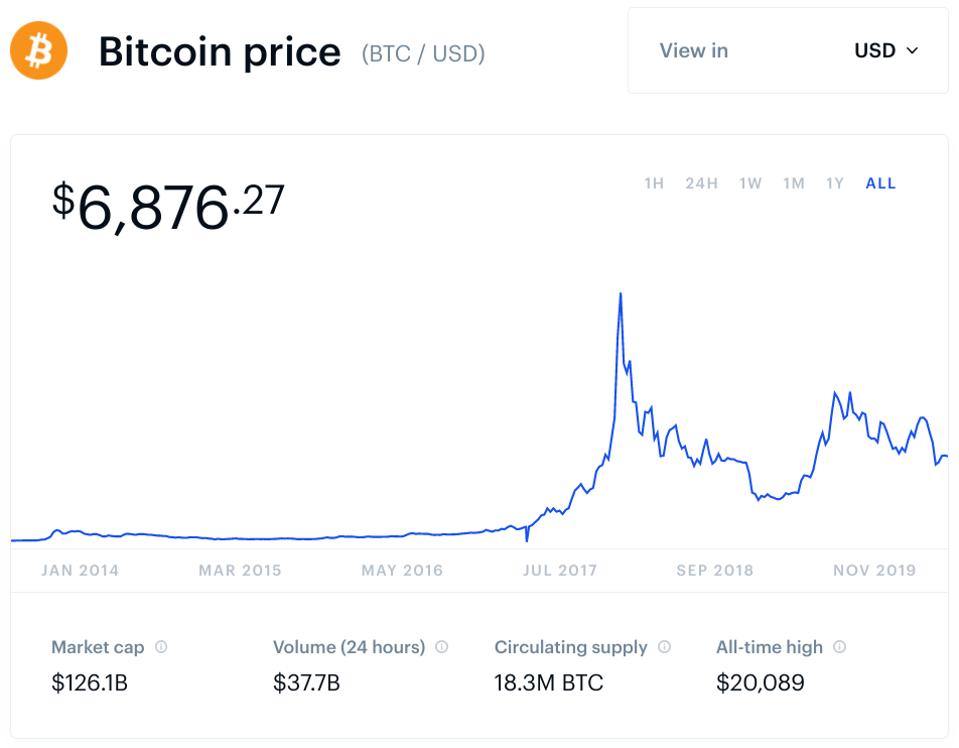 The bitcoin price has failed to rally amid the global coronavirus-induced market crash but has held … [+] its value in the face of massive sell-offs.

Bitcoin interest from institutional investors appears to be booming, with the world’s largest bitcoin investment trust, Grayscale, posting record inflows for the first quarter of the year.

Technology stocks have meanwhile been outperforming the wider market with the likes of Facebook, Amazon AMZN , Netflix NFLX and Google GOOGL parent Alphabet soaring as investors bet the coronavirus pandemic will increase the need for digital services.

Some think bitcoin and cryptocurrency adoption will be a knock-on effect of this.

“Cryptocurrency is a futurist product, benefiting from the continued march towards a technologically interconnected existence,” said Richard Rosenblum, co-head of trading at algorithmic digital assets trader and market maker GSR.

“A major theme that’s arisen in this pandemic is the acceleration of technology’s prevalence in everyday lives, which helps to explain why the tech sector is the best performer and why energy is suffering.”

How This Chinese Google Hack Has Made Working From Home Safer

Even With Blockchain-Friendly Advisors, President Submits Budget Without...