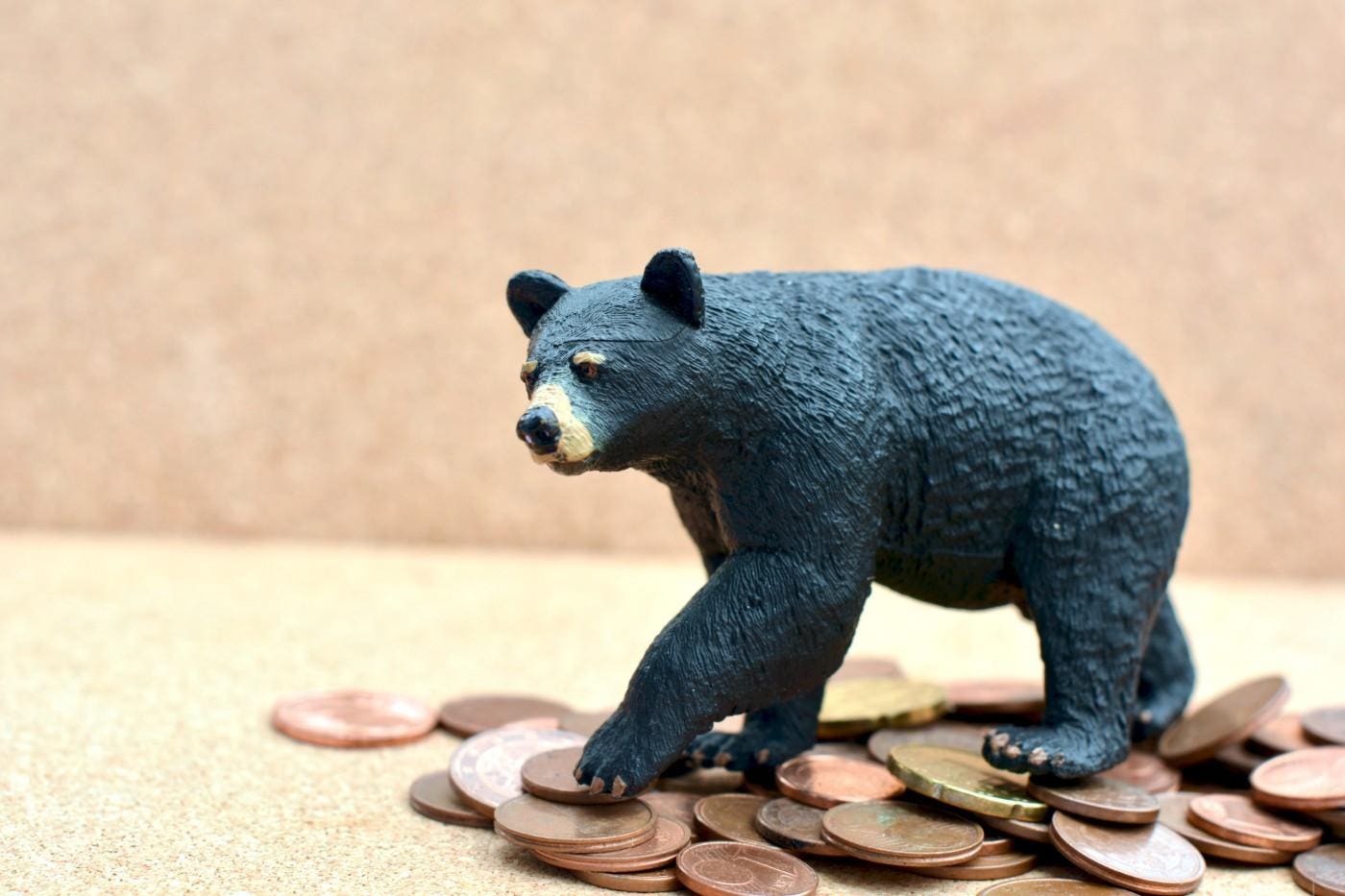 Subtract almost all remaining hopes of a stimulus, add thousands of new Covid-19 cases, sprinkle in some pre-election volatility, and what do you get? A day like Monday on Wall Street.

Major stock indices took it on the chin, suffering their steepest spill in a month. By the end of the day, the S&P 500 Index (SPX) had surrendered most of October’s gains, and the Cboe Volatility Index (VIX) was above 33, its highest level since early September. A rising VIX often represents a warning signal, and it had stayed beneath the psychological 30 level for weeks.

The sector map was a virtual sea of red Monday, with only a few stocks in the Health Care SBRA and Utilities sectors lighting up green.

It all boils down to record levels of virus infections and investors pretty much throwing in the towel on any chance of a fiscal stimulus before the election. In fact, there’s talk that if we don’t get a jolt of federal money ahead of next Tuesday, it might be a long time coming, no matter which party emerges triumphant. There’s not a lot of optimism that a lame-duck Congress can accomplish much, so that could push things back all the way till after the inauguration.

Basically, investors saw that and started to recalibrate. They’d spent a few weeks putting some premium into stocks as it looked like Congress and the administration might come through, but that premium’s being pulled out. At a sector-level, Energy suffered the worst punishment with losses of more than 3% Monday as crude oil capsized. But some of the sectors that had been doing better recently like Financials and Industrials—areas that tend to do well when the economy strengthens—also got taken to the woodshed.

Crude, like those “cyclical” sectors, usually performs better when investors get bullish about the economy. Judging from crude’s action today when the front-month contract plunged below $39 a barrel after being close to $42 last week, there’s not much optimism about things picking up soon. Although crude did seem to find support at the $38.50 area, support is thin underneath, and it could conceivably take a quick dive to around $36 (see chart below).

Considering how badly stocks got beaten up, it was a bit surprising to see gold actually surrender a little ground and 10-year yields stay above 0.8% most of the day. Treasuries (which move the opposite of yields) and gold are assets that often drive the opposite way from equities.

That particular dynamic could still change quickly if investors start adopting a more risk-off attitude. There’s plenty of that already evident amid the flight from “reopening” stocks today. Airlines like United (UAL) and American (AAL) took a dive, and so did cruise stocks like Royal Caribbean (RCL) and Carnival (CCL).

Some of the best performers of the day were stocks we’ve all gotten used to as ones people tend to embrace when they’re worried about being stuck at home and needing to keep the virus at bay. Clorox (CLX) and Zoom Video (ZM) both gained, and so did Apple (AAPL) and Amazon (AMZN). Other Tech and Tech-related stocks didn’t have it so good, as semiconductors sank.

There’s a growing idea that some of the valuations, especially in Tech, have gotten a bit out of hand in recent weeks and months. The hope of a stimulus helped hold them up, but now some investors appear to be taking profit ahead of the election. One case in point: shares of global software giant SAP (SAP) got smacked to the tune of 23% after issuing a revenue and profit warning. That’s over $40 billion in market capitalization lost in the blink of an eye.

The profit taking across Tech was already happening a bit last week and might have accelerated Monday. It wouldn’t be surprising to see this kind of action even if it weren’t for the uptick in virus cases, but that just gives people another reason to get nervous.

Speaking of which, one metric to watch with the virus may sound ghoulish but has plenty to do with how the market might perform. Keep an eye on Covid-19 deaths. Cases are up substantially, but so far deaths haven’t risen as much. Now they tend to be a trailing indicator, so there’s always a chance of seeing the sad total increase.

There’s a lot of optimism that improved ways of treating the virus can help victims recover, but if deaths rise substantially like last March and April, that would likely raise fear of shutdowns and hurt the market even more. We can all hope that there’s no repeat of the tragic death levels suffered last spring.

Ever hear of the “rule of 16?” It’s what options traders use to put volatility measures such as the VIX into the context of daily price movement. Without getting into the math of it, divide the VIX reading by 16 to see the expected daily movement of the S&P 500 over the next month. When the VIX jumped to 32 Monday, that made the math easy—the market’s pricing in daily movement of 2%.

And given the uncertainty surrounding Covid-19, stimulus, earnings, and the election, the VIX seems to be telling us that the kind of fluctuation we saw Monday is priced into the near future. Or to turn the argument upside down, Monday’s movement sort of justifies the elevated VIX we’ve seen since the first coronavirus outbreak.

Chart Damage Surveyed: Where is Next Support?

Today’s trading tripped up some technical levels. The Dow Jones Industrial Average ($DJI) has spent months playing a game of chicken with the 28,000 level, and it fell below that Monday. It also took out a key support level some analysts had seen near 27,800. There was a close watch the last two hours of trading to see if the $DJI would close below there, and it did without much of a fight. That could signal more weakness in the coming days.

The SPX fell below the 50-day moving average that was near 3400 coming into the day, a level it’s been pivoting around for weeks. The 100-day moving average could now be a psychological support area because it sat right at 3300 to begin the week. One possible region to watch is what research firm CFRA called a “zone of support” with a bottom at 3332 extending up to 3328, which the SPX is roughly in the middle of now.

A lot of focus will likely be on VIX clawing back above 30 after spending so many weeks behaving politely in the 25–30 range. It’s not too surprising to see VIX tick up ahead of an election, which might have happened even without the concern around Covid-19. The time to really watch VIX is election night and into the next morning if there’s any kind of uncertainty over who won. Four years ago, the market took some wild swings in that overnight period, and investors should be on their toes for any kind of repeat.

This all sounds very gloomy going into the darkest, coldest months of the year, but remember, no one can predict how the political winds blow. There are seven days for Congress and the president to agree on something, even if it’s less than what some investors had hoped. Things could turn on a dime if the skies turn sunny in Washington and stimulus talk gets positive.

Another positive factor could be earnings. This is a monumental week with several huge Health Care companies reporting tomorrow and four of the five FAANGS going on Thursday, including AAPL. Earnings season so far has been far better than analysts had expected, but we’re only about 25% done. This week could get us to around 50% and give investors a much better sense of how corporations are dealing with so many challenges.