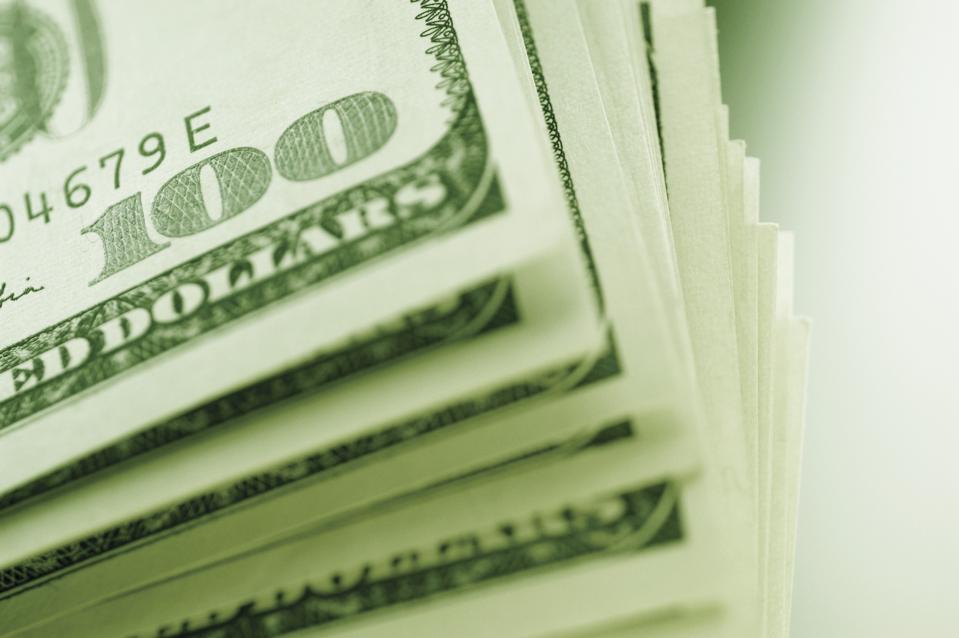 The simplified beauty of the point-and-figure charting method can dramatically show what’s up with markets. The boxes with “x’s” signify movement upward of a certain amount and the boxes with “o’s” signify downward movement of the same amount. Movement of less than that amount fails to make the chart.

This method gives a strikingly clear picture of price trends and of price support and resistance levels.

For example, here’s how the Standard and Poor’s 500 looks right now from the standpoint of point-and-figure charting: 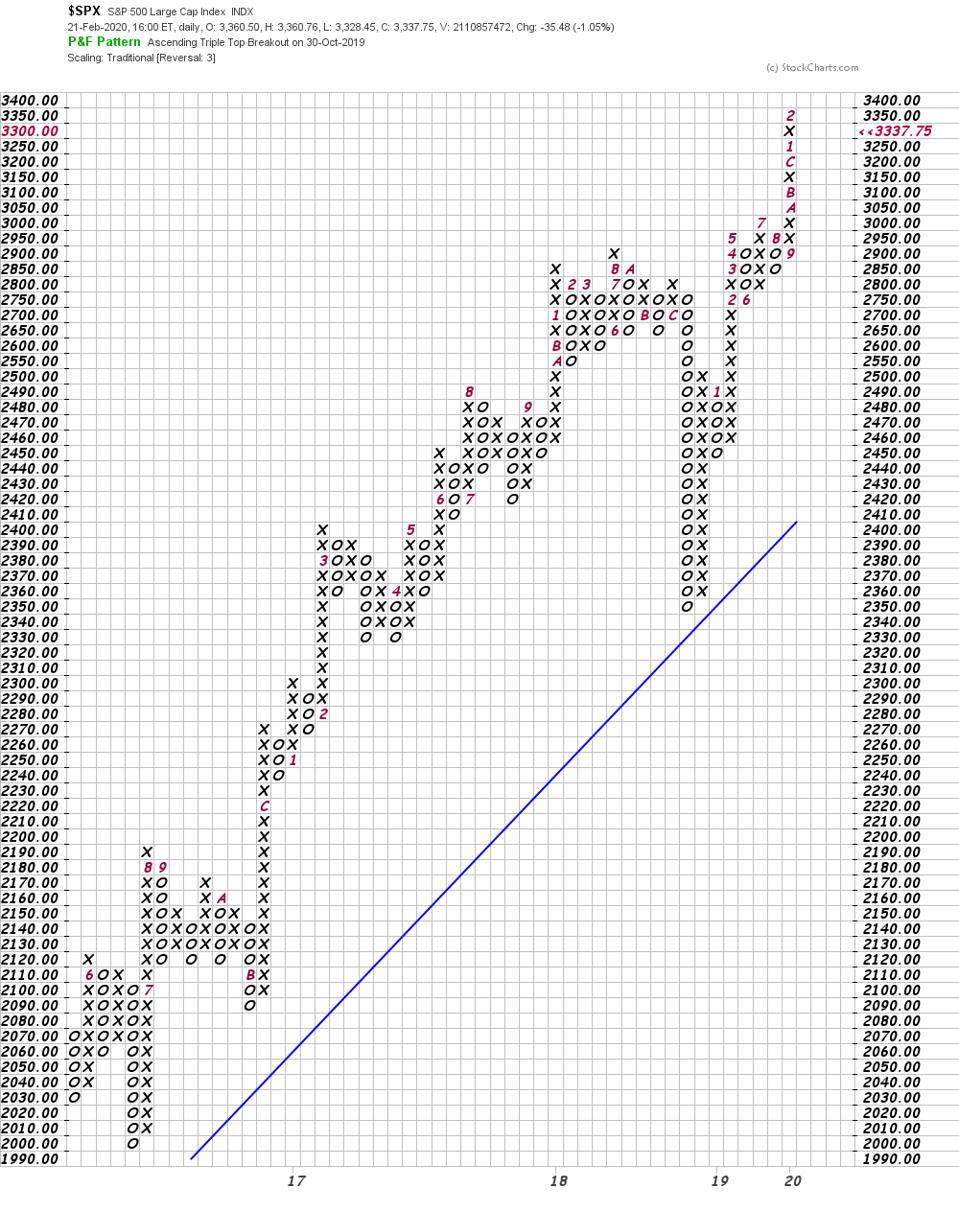 The blue up trend line suggests that the 2410 level is a possible target of any significant sell-off. The next support level below that — where the negative “o’s” turned into positive “x’s” — is suggested by this chart as 2350. That’s how far down a serious bout of selling might take the S&P 500, according to classic point-and-figure analysis. If it unfolded that would amount to about a 29% drop. 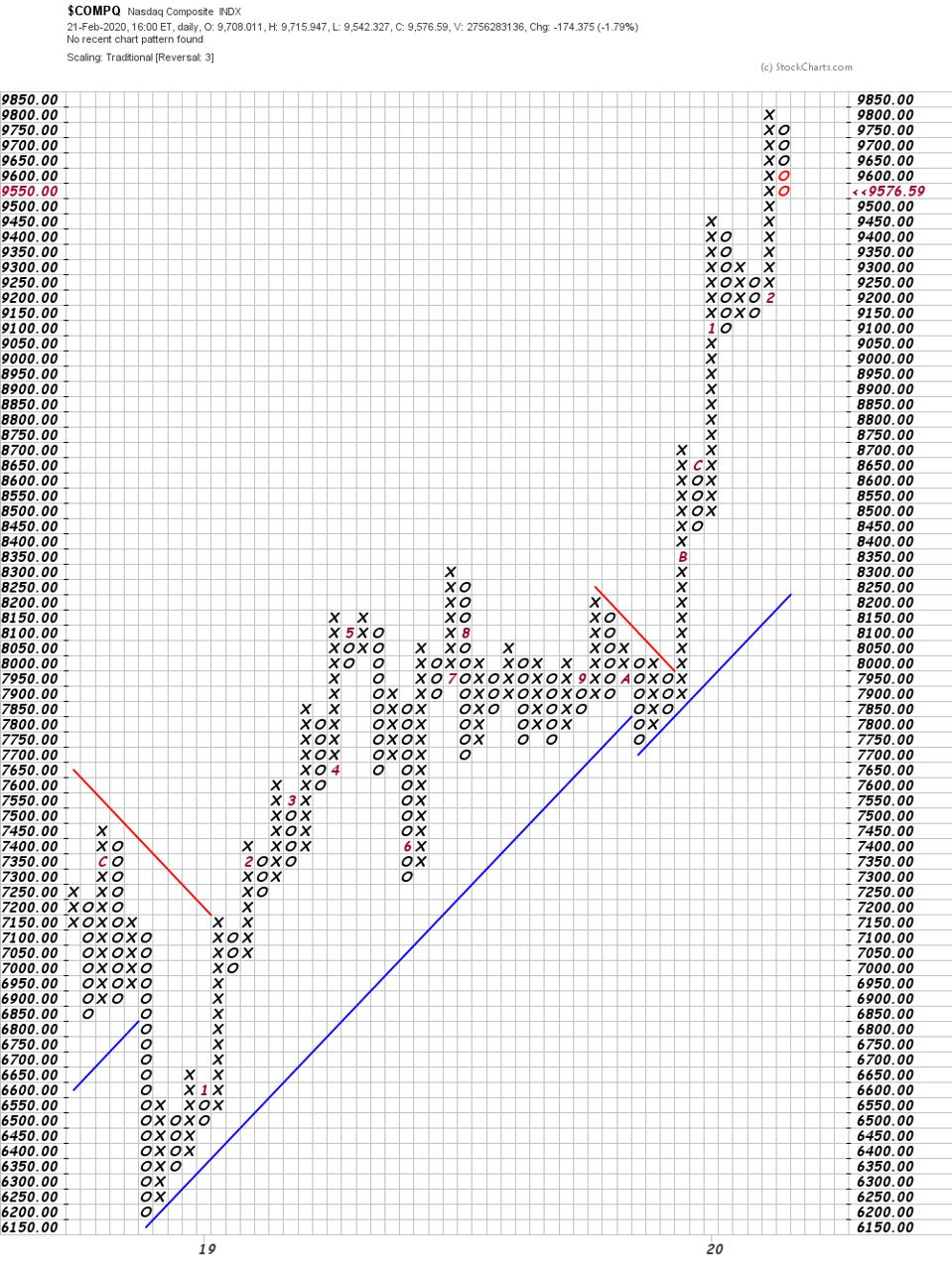 This is the index containing the well-known big tech names such as Apple, Microsoft and Amazon. A drop to the up trending blue line would make it to 8250. A drop to the previous level of significant buying — where the “o’s” became “x’s” — would find its way to 7750. From its present level of 9576 to that support at 7750 would amount to a slide of about 19%.

The Russell 2000 Index, reflecting small capitalization stocks, looks like this: 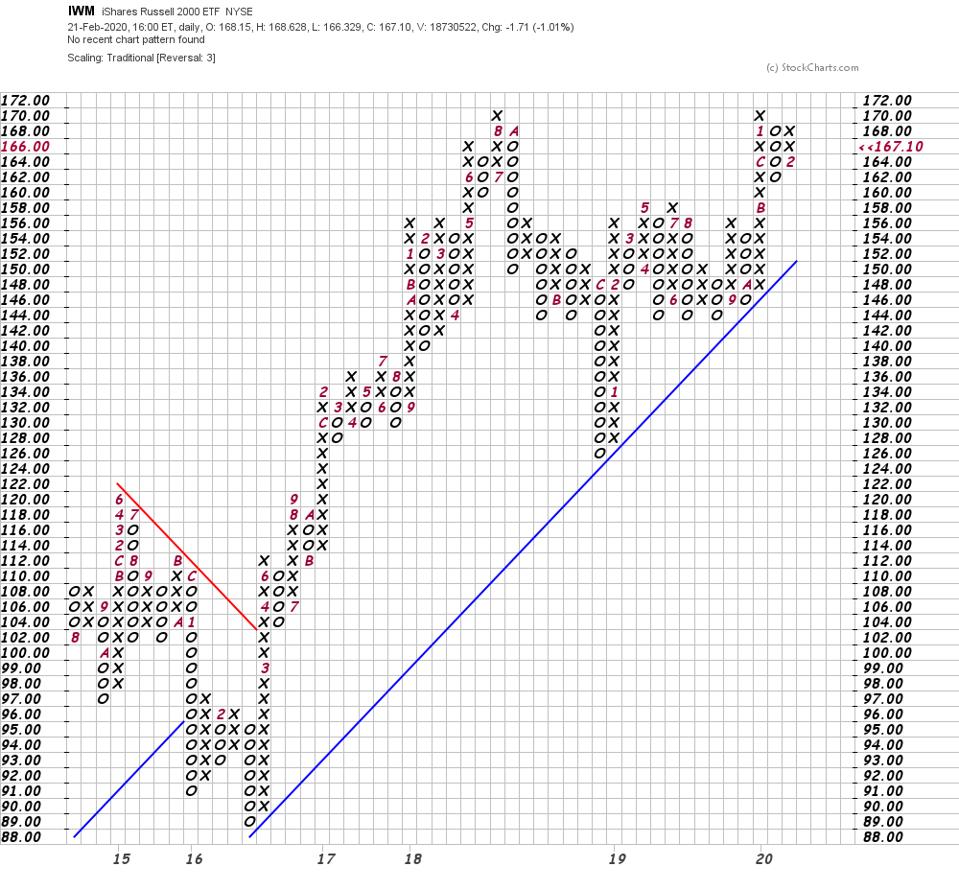 The Financial Sector SPDR Fund, also known as the XLF, looks like this: 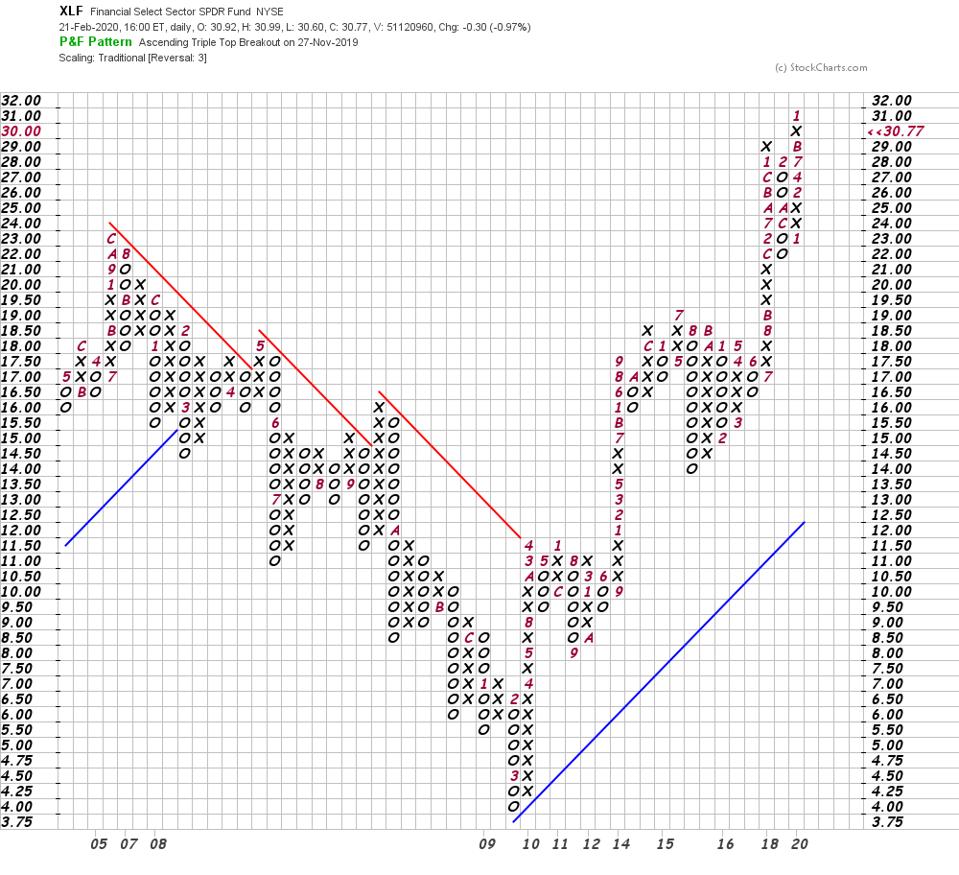 You can see that the steady up trending blue line has taken the financial index from the 2009 low of just 4 all the way up the current price of 30.77. A drop to that blue up trend line would take it to 12.50. A sell-off to the level on the chart where significant buyers took over from sellers (last time around) would come to 14. If selling took this index to that support, the drop would amount to about 52%.

It’s entirely possible that stocks making up each of these indices will continue to blast higher. All that’s suggested here are potential levels for support — as indicated with classic point-and-figure technical analysis — if circumstances led to some kind of unexpected unloading of equities. Stocks could drop back to the levels noted and still be considered up-trending. longer-term.

Cristiano Ronaldo: What Are His Records And Landmarks After Netting On His 1,000th Appearance?

How To Hedge Your Portfolio As Rally In...

Consumer Stocks That Can Weather The Storm

With Another $3 Trillion Stimulus Package On The...