Stocks Down Just 2.6% This Week Despite Record Unemployment And Coronavirus Volatility 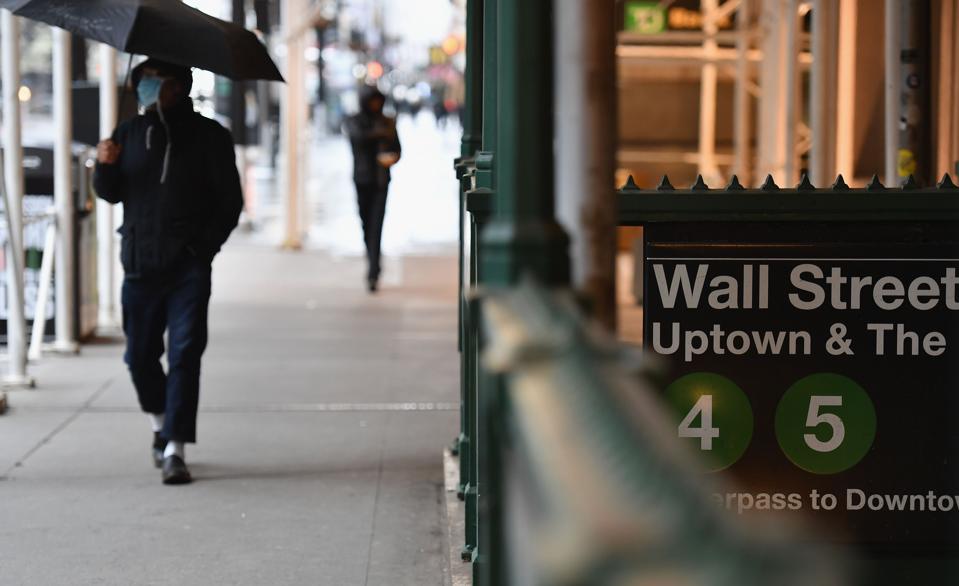 The market posted only modest losses this week, even with continued uncertainty from the coronavirus … [+] pandemic.

Topline: The stock market stumbled on Friday, but ended the week down only 2.6%—despite a slew of worsening economic data, such as record unemployment claims, and ongoing coronavirus volatility continuing to stoke fears on Wall Street.

Crucial quote: “The month of April will be awful, but there’s a compelling case to be made for buying stocks now,” says Adam Crisafulli, founder of Vital Knowledge. He sees the next four to five weeks being filled with “awful headlines, including atrocious economic data and a rapid deterioration in corporate business momentum.” But, he also predicts: “Stocks aren’t going to wait for the economy to return to pre-corona conditions before rebounding – as soon as data begins to stabilize/plateau (even at depressed levels) and some of the travel/assembly restrictions lift, equities will advance.”

What to watch for: After two weeks of double-digit swings in the S&P 500, the fact that the index is down only several percentage points this week is an upbeat sign, according to Lindsey Bell, chief investment strategist for Ally Invest. “Even though volatility remained high by historical standards, it wasn’t as high as in recent weeks,” she describes, adding, “debt markets cooled and talk of new government stimulus began.” While a good deal of uncertainty remains, “investors seem to be looking past 2020 as they make investing decisions,” Bell says.

How Leaders Can Chart A Steady Course Through The Pandemic

How To Improve Your Talent Acquisition Methods

LASTMONDAY’s ‘Audemars’ Video Is A Real-Time Look At...