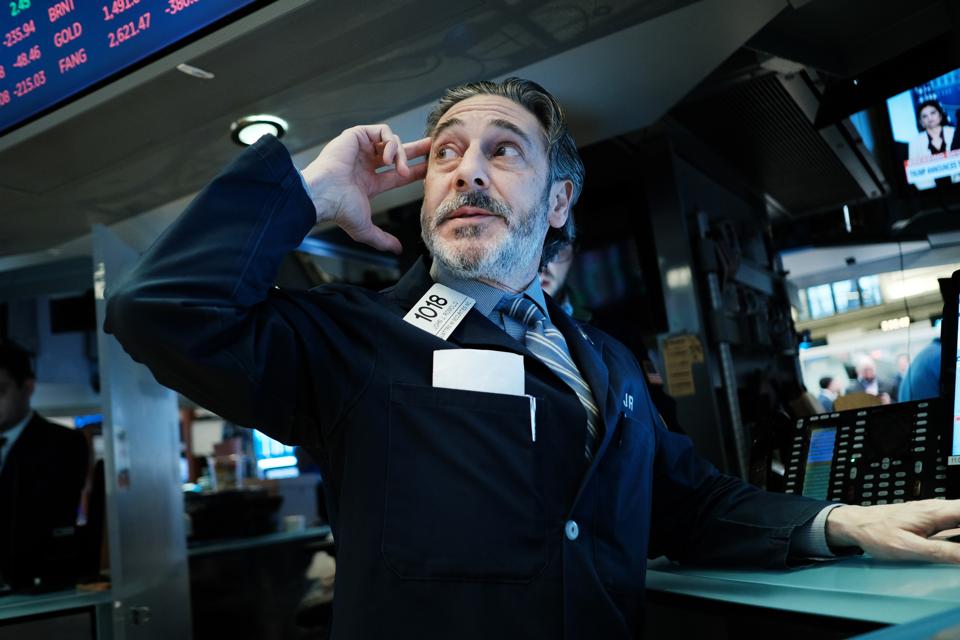 The market was down on Friday, after rising more than 20% earlier this week.

Topline: Stocks fell on Friday morning, ending the market’s biggest three-day rally since 1931, amid news that the $2 trillion coronavirus stimulus bill, which made it out of the Senate earlier this week, could fail to pass in the House before this weekend, adding more uncertainty for Wall Street investors.

Key background: Weekly jobless claims, reported on Thursday, surged to a staggering 3.28 million this week—3 million more than last week and more than quadruple the previous weekly record of 695,000. But stocks shrugged off the bad news: Before falling on Friday, the Dow and S&P 500 both gained more than 6% on Thursday, capping off their biggest three-day rally since 1931. The two major indexes are now up more than 20% since hitting three-year lows on Monday, which would technically be defined as a bull market. Both the Dow and S&P 500 are still down over 20% from last month’s record highs, however.

Crucial statistics: The number of global cases of coronavirus has risen to more than 542,700, according to data from Johns Hopkins University. As of Friday, the U.S. now has the most cases out of any country in the world, with almost 86,000 infected.

Customer Service And Support Teams Are In For A Long Sprint

Trump’s Approval Rating Inches Up To 48%, But Most Believe He Was Too Slow To Address Coronavirus Outbreak

What Types Of Small Businesses Receive The Most...

Miller64 Plans To Give Away Free Beer For...

Stop Ignoring Your Employees For A Whole Year