Breaking
Behind The Curtain—Chapter 11 From The Inside—Chapter 10—The...
Three Classic Ways To Get New Business
With Hope, Perseverance And Faith, Two Friends Are...
Exxon Mobil Shares Cross 10% Yield Mark
T-Mobile for Business BrandVoice: From Sci-Fi To Everyday...
How To Move Your Career Forward By Making...
A Conversation With Jill Houghton, President And CEO...
VW’s Electric ID.4 Lands In Q1 2021 With...
Would Biden Enact Broad Student Loan Forgiveness? These...
Why You Must Slay Your Mindset And Stop...
Surviving The Pandemic With Your Culture Intact: How...
The Disruption Of The Consulting Industry Is Here
Remote 101: How To Create Meaningful Connections For...
How To Reassess Your Finances To Align Your...
7 Things Every Entrepreneur Should Automate
Volkswagen’s Truck Unit Ties Up With TuSimple On...
Home Technology Stocks Plunge, Dow Falls 500 Points As Historic Oil Rout Continues
Technology

The stock market fell again as oil prices continued their unprecedented sell-off, with futures contracts for U.S. oil trading in negative territory again on Tuesday, a day after plunging below zero for the first time in history. 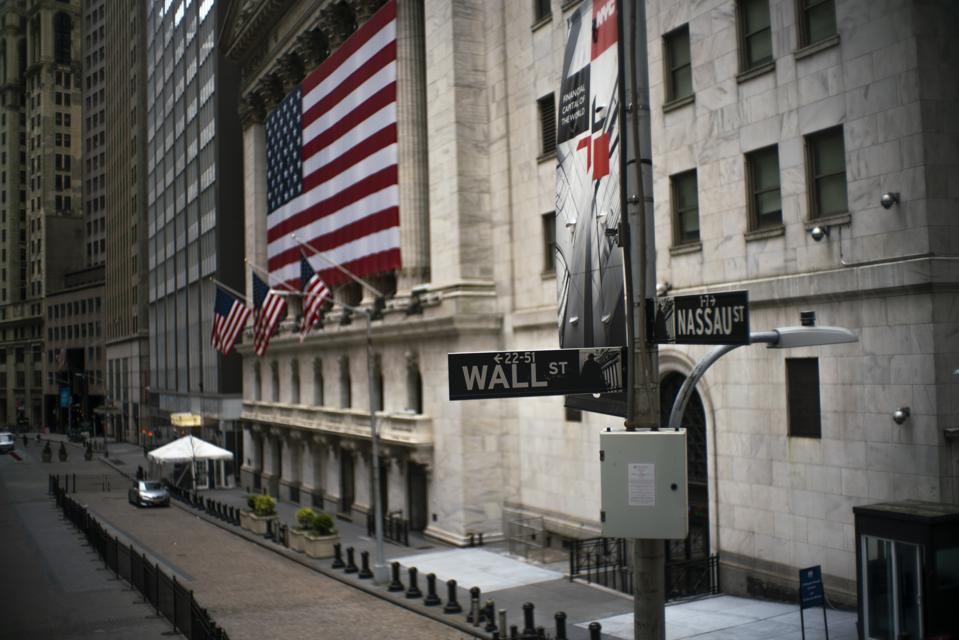 Stocks were down 2% as the selloff in oil markets deepened.

WTI crude oil futures for May plunged to their lowest level in history yesterday—falling to negative $6.75 per barrel—amid plummeting global demand.

The May contract, which expires today, was trading in negative territory again on Tuesday, at just over negative $4 per barrel—meaning that sellers are essentially paying buyers to take oil off their hands.

With the energy industry facing deep losses due to the coronavirus, crude oil futures for June have also plummeted, falling nearly 30% to just under $15 per barrel.

Also on Tuesday, Senate Minority Leader Chuck Schumer, D-Ny., said that the Senate will likely pass an additional relief bill for small businesses later today, reporting that top Democrats and Republicans had finally come to “an agreement on just about every issue.”

Investors have been nervously awaiting news on the government’s plan to replenish funds for the emergency loan program to small businesses; Congress was deadlocked over a deal since last week, when the $350 billion originally allocated for the Paycheck Protection Program ran out.

‘The U.S. equity narrative is about the same as it was Monday afternoon,” according to Vital Knowledge founder Adam Crisafulli. Crude continues to slide, reflecting a “toxic combination of collapsing demand, elevated supplies and diminished storage.” The coronavirus outlook remains largely unchanged, with the focus increasingly shifting to when the economy can reopen—though that process will be a “very slow and arduous one.”

The market’s losses so far this week comes after stocks posted their first back-t0-back weekly gains since early February. The Dow and S&P 500 rose by 1.7% and 2.5%, respectively, last week. The Paycheck Protection Program, one of the cornerstones of the $2 trillion CARES Act, exhausted its $350 billion in funding last Thursday after less than two weeks.

The Next Steps To Save Small Business