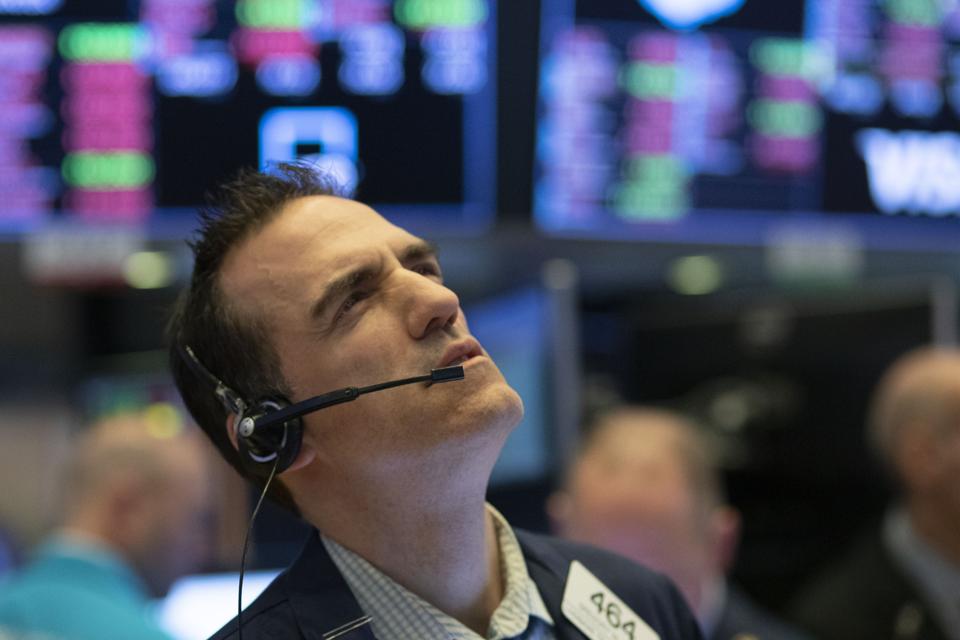 The market fell amid a shocking rise in weekly unemployment claims.

Topline: The stock market rallied after opening lower on Thursday, despite a record level of weekly unemployment claims, which offset surging oil prices and added to Wall Street fears about the coronavirus outbreak and its increasingly dire impact on the economy.

Big number: Combined with last week’s jobless claims, the U.S. has so far lost nearly 10 million jobs because of the coronavirus.

Tangent: Oil made a comeback on Thursday, rising up to 30% to around $25 per barrel. Energy companies were especially hard hit in the first quarter amid an ongoing oil price war, making up seven out of ten of the S&P 500’s worst-performing stocks during that period.

Crucial statistics: The Dow and S&P 500 closed out their worst first-quarter performances in history on Tuesday. The Dow fell more than 23% since in the quarter ending March 31—its worst quarterly loss since 1987, while the S&P 500 tanked more than 20% for its worst quarter since 2008. Both indexes were down over 10% alone in March, when the worst of the coronavirus-driven market sell-offs occurred.

Crucial quotes: “The economy is in bad shape and doubts are growing that the recent fiscal rescue package to help businesses might not be enough to keep people on their payroll,” says Edward Moya, market analyst for Oanda. “It is unfortunate how bad these numbers are getting, and no one will be surprised if we see a few more terrible readings over the next few weeks.”

Key background: “The recent stock market decline and continued volatility has accurately reflected the extreme level of jobless claims we’re seeing in the economy,” says Andrew Smith, chief investment officer for Delos Capital Advisors. “More people are applying for unemployment insurance as more segments of the economy are shutting down in the wake of the coronavirus.

What to watch for: According to Ron Temple, head of U.S. equity at Lazard Asset Management, today’s jobless claims indicated that the unemployment rate will exceed 10% by next month. “While the economic slowdown has been sharp and sudden, I think the recovery is likely to disappoint people expecting a quick return to normal,” he says. “Monetary and fiscal stimulus will help cushion the economic blow, but consumers and small businesses are going to need more help to endure this crisis.”