Home Business Stones Left Unturned: The Conquests And Records That Lie Ahead For Lionel Messi
Business

Stones Left Unturned: The Conquests And Records That Lie Ahead For Lionel Messi 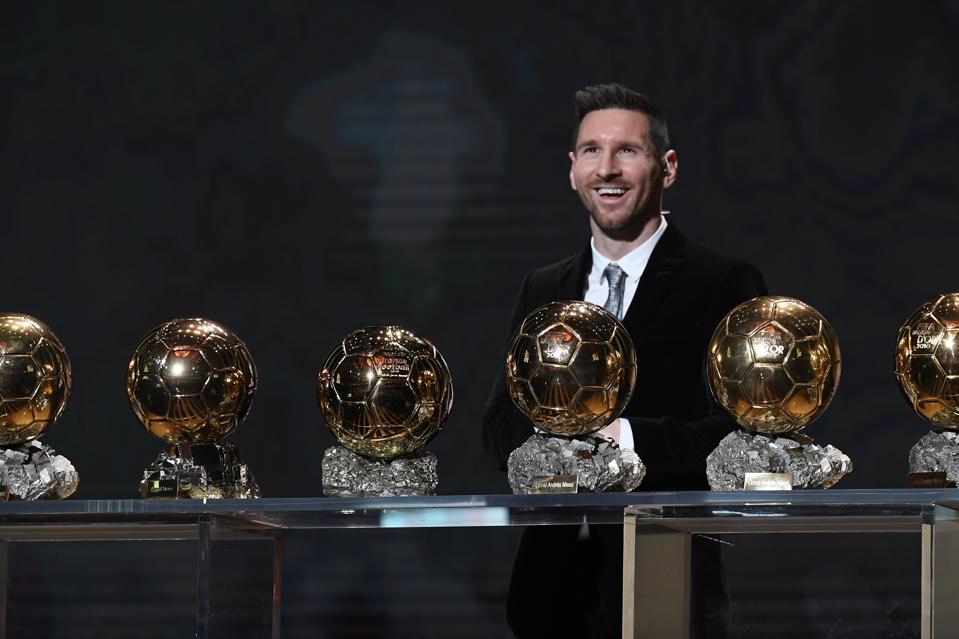 Picking up a sixth Ballon d’Or at a star-studded ceremony in Paris, Lionel Messi broke yet another record to add to his endless list of conquests on Monday evening.

As well as the boasting the most gongs from France Football, in its annual awards ceremony that crowns soccer’s best player, the 32-year-old has also scooped the golden boot for top goalscorer across Europe’s top leagues and the Pichichi for the most goals in La Liga a record six times too.

Nominated for the Puskas Award seven times, another record, he has been the Spanish top flight’s all-time scorer since 2014 with 428 goals and is the greatest marksman in FC Barcelona’s history with 614 put into the back of the net in Blaugrana colours.

Nobody matching his 114 goals with one club in the Champions League, his 91 goals scored in one calendar year in 2012 has never been surpassed. Meanwhile he is also Argentina’s top scorer on 70 goals and the top scorer in Clasicos with 26 netted against his side’s bitter foes Real Madrid.

Sharing six Copa del Rey wins with fellow La Masia graduates Sergio Busquets, Andres Iniesta and Gerard Pique – in addition to Bernd Schuster and Joan Segarra, both former Barçaa players – there are some records that Messi doesn’t yet own outright.

Denied a perfect chance to improve this at the Wanda against Tottenham in June, when his men were felled in tragic fashion by eventual winners Liverpool in the semi-finals, Messi’s four European cups are inferior to the six clinched by Real Madrid’s Francisco Gento.

Also ahead of Messi, there are six other Madrid stars of that great outfit from the mid-1950s to mid-1960s which lifted the big-eared trophy on five occasions with Gento. And that goes without mentioning generational rival Cristiano Ronaldo, plus Italian pair Paolo Maldini and Alessandro Costacurta of AC Milan, who also had that privilege the same amount of times.

Gento also pips Messi’s 10 La Liga titles with his own 12, while former ‘Tiki-Taka’ era teammate Dani Alves, now 36 and plying his trade with Sao Paulo FC, is the most decorated player of all time with 39 trophies to the forward’s 34.

A one-club man as a professional, Messi is not too far behind the 643 goals Pele scored for Santos with 614 and, in current form, could surpass this record by the close of the current 2019/2020 campaign.

Making his 700th Barça appearance in last week’s 3-1 Champions League win over Borussia Dortmund, he may have to wait until next season to overtake Xavi’s 767 outings in all competitions and Ronaldo’s 127 strikes in the continental tournament.

Likely to take a few more years, former Madrid goalkeeper Iker Casillas has played the most games (181 to Messi’s 140) in UEFA’s club showpiece.

Japan BrandVoice: The Final Frontier: Japan’s Space Startups Aim For The Moon And The Stars

What Do You Do When A Regulation Cuts...

5 Disappointing WWE Stars Who Will Rebound In...

The 5 Funnels Every Consultant Should Build

He Left His High-Paying Job At LinkedIn And...