Breaking
‘Game & Watch: The Legend Of Zelda’ Will...
How to Get Results from Broken Link Building
Florida Supreme Court Tells The American Bar Association...
How to Write Perfect Paid Social Media Marketing...
How Restaurants Can Design a More Sustainable Food...
Expenses That Small Business Owners Need to Be...
How You Can Make Saying Goodbye To The...
Biden To Meet Royal Family At Cornwall’s Eden...
It’s Going To Be Emotional — Going International...
Peer Mentoring For Students: STEM & Buds
7 PR Trends in 2021: The Story So...
Google Plans Radical New Google Pixel Smartphone Upgrade
Where Did COVID Come From?
Ride To Growth With A Business Vehicle
C3.ai’s Tom Siebel: How To Scale AI
Moz Acquired by iContact Marketing Corp
Home Business Stop Complaining: New NFL CBA Would Be Ultimate Win For Fans
Business 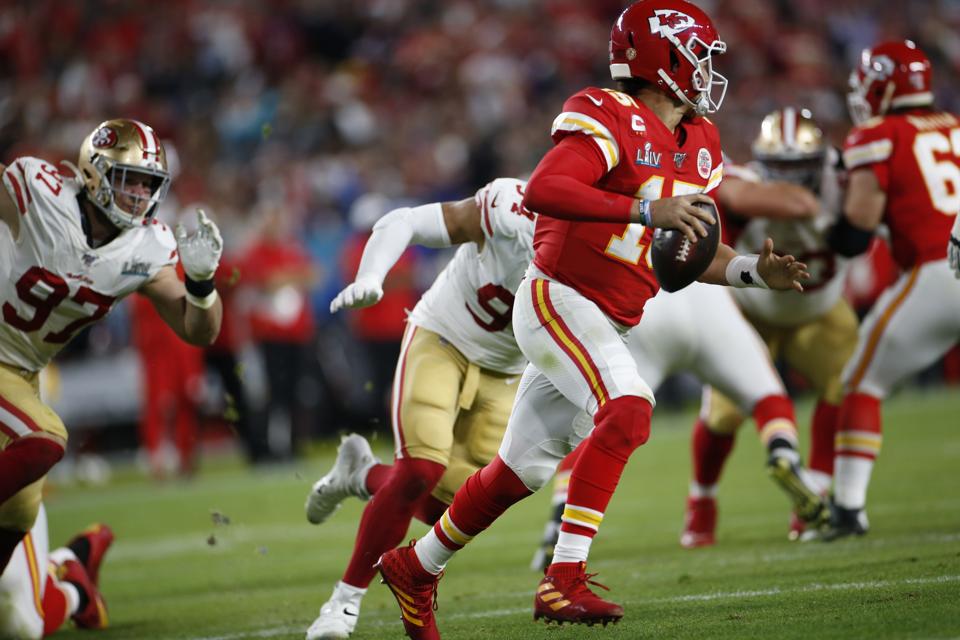 The new NFL CBA will give us more playoff games and shorten the awful preseason. What is the problem, exactly?

NFL owners and players are discussing the proposal this week, with the owners reportedly hoping to reach an agreement before the new league year begins March 18. The billionaire stewards of The Shield convened in New York City Thursday, while the NFL Players’ Association is slated to hold a conference call Friday with its members.

In order for the CBA to be ratified, at least 24 of the league’s 32 owners, and two thirds of the 32 player reps, must approve. Then it goes to a vote in front of all the players, where just a simple majority is needed. Thankfully, there is no filibuster.

According to ESPN’s Adam Schefter, the new CBA would increase the number of playoff teams to 14 and expand the regular season to 17 games — a longstanding desire of the owners. In exchange, the preseason would be shortened to three games, and players would receive a slightly higher percentage of revenue. Their split, which currently stands at 47%, would increase to 48.5% if the 17-game schedule is implemented.

In addition, owners have agreed to guarantee the fifth year of rookie contracts, increase player benefit packages and relax the drug policy and system for player discipline, USA Today reports.

The NFL’s expansion is inevitable. Every major company, from Apple to General Motors, is obsessed with growth. Nobody is satisfied with the status quo, even if league revenue currently sits at a whopping $16 billion.

Commissioner Roger Goodell has repeatedly stated he wants to reach $25 billion in revenue by 2027. The only way to achieve that is to offer more product in more places, which is why the league now plays four games per year in London and an annual contest in Mexico City. (In 2020, the Jaguars will be the first team ever to play two home games in the U.K.)

Of course, expanding the regular season to 17 games further jeopardizes player health, even with relaxed practice rules. There is no comparing the intensity of the fourth preseason game to an intense regular season finale. Players will experience more skull-crushing hits and head fractures.

But that has not stopped us from watching before. We’ve known about the prevalence of CTE for at least the last 18 years, dating back to when Dr. Bennet Omalu discovered the disease after examining Mike Webster’s autopsy. Over the last decade, we’ve been inundated with stories about Hall of Famers and legends dying young, bereft of their mental faculties.

And yet, TV ratings were up this year. The NFL appears more invincible than ever, surviving a brutal concussion crisis, barbaric domestic violence scandals and savage attacks from the President of the United States.

The numbers show we crave the NFL. It is undoubtedly the most valuable product in TV, since it is truly the last thing people watch live. Last season, NFL games comprised 47 of the 50 most-watched shows in the country. The Super Bowl also cracked 102 million viewers, making it the 10th most-watched championship game in history.

There is way too much money to be made for the NFL and its media partners to not expand the schedule. Please: we may complain about the Mason Rudolph-led Steelers crashing the playoffs — which would’ve happened last season under the new format — but we would still watch. Six games on Wild Card Weekend and only one team in each conference gets the bye? How awesome. The RedZone Channel will enjoys its greatest moment of glory over the final hours of Week 17, with multiple teams jockeying for playoff spots, home field advantage and positioning. Almost nothing will be locked up.

Over the last 10 years, we’ve seen the NFL offer “Thursday Night Football,” regular Saturday night contests, more Monday night games, and an extra game on Thanksgiving Night. We have not reached the saturation point yet.

Even if NFL ratings do dip a little bit, everything else on TV is dropping even more. The NFL is king, and like any ruler, it wants to expand its territory.

We will happily acquiesce. More NFL is good news. All other worries, whether of the gluttonous or moral variety, be damned.

Should You Wait Until After The Election To Buy A Business?

11 Ways Your Tech Company Can Build Trust Around Data Use