Breaking
Meet George The Poet: Spoken Word Artist Partnering...
Parrot Plumage Color May Be Linked To Body...
Recent Precious Metals Dip A Buying Opportunity
Looking For Venture Capital? Here’s How One 50+...
Growing Your Retirement Money Using 401(k) Dollar-Cost Averaging
Wellness Exec Abby Miller Levy Partners With Venture...
Microsoft Teams Issues Strike To Zoom With Tidal...
What’s Coming For The S&P 500 In October
4 Ways You Can Showcase Empathy With Your...
A $22,000 Microsoft Surface Will Soon Be For...
Zooming In – Should SMEs Invest In The...
iOS 14: The Surprising Security Risk Of Sharing...
How A Break From Lord Sugar Changed The...
Sunday’s Google Doodle Is Actually About Google
Office Of The Comptroller Of The Currency Chief...
Source Code For Multiple Windows Operating Systems Publicly...
Home Technology Stop Using Windows 7, FBI Says—How To Get Windows 10 For Free
Technology

Stop Using Windows 7, FBI Says—How To Get Windows 10 For Free 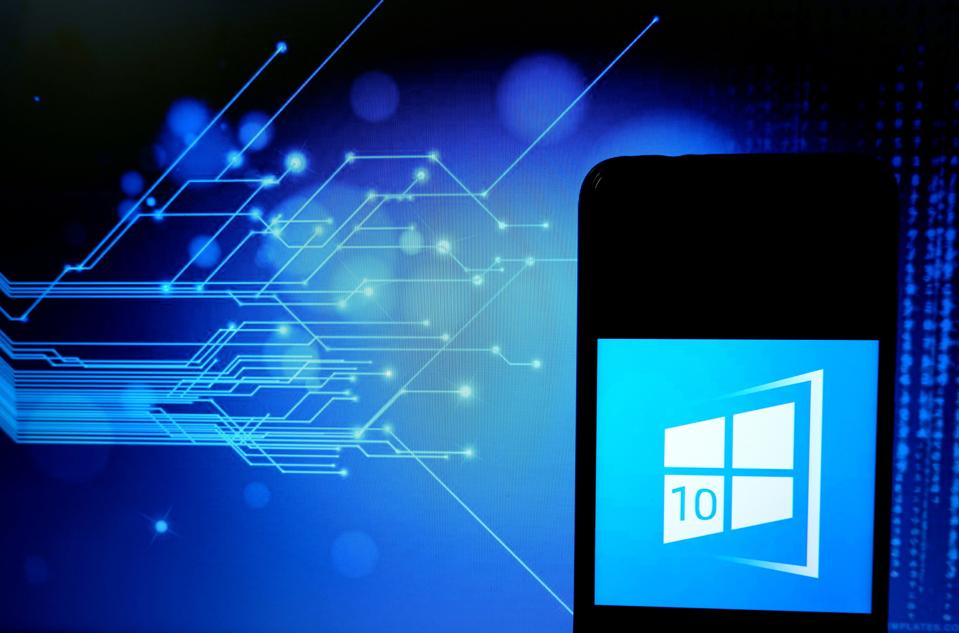 Almost exactly one month ago, on July 10, I warned Windows 7 users about the risk of using the Zoom client courtesy of a security vulnerability that wasn’t exploitable on either Windows 8 or Windows 10. That was the latest in a whole string of security warnings about continuing to use an operating system that has already long-since reached its official end of life status. Windows 7 is dead; it has ceased to be, expired and gone to meet its maker. Apart from the fact that it’s none of these things, of course: Windows 7 remains the second biggest desktop and laptop OS with around a quarter of the market share, behind Windows 10 and ahead of Mac OS X 10. That is a fact that concerns me, as a security person. The FBI also want to have a word with you if you are a Windows 7 user. Their advice? Update to Windows 10. If that sounds like bad news to you, there’s also some good: it appears you can still upgrade from Windows 7 to Windows 10 for free.

What has the FBI said about Windows 7 and to whom?

The FBI is far from alone amongst law enforcement and even intelligence agencies when it comes to worrying about the security risks of continuing to use Windows 7. The National Cyber Security Centre (NCSC), part of the U.K. Government Communications Headquarters (GCHQ) intelligence agency, issued a warning to stop using it for banking or email back in January.

So, what is the FBI saying, to whom, and how? The FBI warning came by way of a private industry notification (PIN) that has been distributed to private sector partners in the United States. The nature of the warning is to be expected: “As time passes, Windows 7 becomes more vulnerable to exploitation,” the FBI PIN stated, “due to lack of security updates and new vulnerabilities discovered.” While the PIN itself is aimed squarely at enterprises, with talk of seeing cybercriminals targeting computer network infrastructure when operating systems reach that end of life status, the advice really stands for all users. The FBI advice and mine for what it’s worth: upgrade your operating system to the latest supported version. In this case, then, that’s Windows 10.

Still not convinced that Windows 10 is right for you?

Although Windows XP still, incredibly, has some die-hard fans, the majority have long since upgraded. Unfortunately, it would seem, many of those who upgraded to Windows 7 have not been tempted to jump to Windows 10. Sure, Windows 10 is far from free of security problems as has been well documented by myself and others.

However, I would still put my head above the parapets and maintain it’s a much more secure OS than Windows 7, simply because those security updates and ongoing developments have ceased. Windows 10 gets Microsoft resources invested into game-changing hacker protections and ongoing security research. If it is at all possible to upgrade, if all that is holding you back is your own liking for what you are used to rather than a hardware issue, just do it. And do it now.

How to upgrade to Windows 10 for free

It’s not as if the upgrade cost, at least when moving away from the enterprise and into consumer territory, should be a factor. Despite officially ending four years ago now, the upgrade to Windows 10 for free offer from Microsoft appears to still work if you have a genuine licensed copy of Windows 7. Of course, I cannot guarantee this will work for everyone as there do seem to be some stumbling blocks occasionally, and at some point one assumes the ability will stop, so you do this at your own risk. However, recent reports suggest that by going to the Microsoft Windows 10 download page and doing just that, it’s possible to get the upgrade for free with that legit existing Windows 7 key. After downloading, when running the Media Creation Tool, select the ‘upgrade’ option and follow the prompts. As long as your Windows 7 product key was a genuine one, and associated with the machine you are upgrading, you shouldn’t need to enter any key during the process. Making a backup before attempting the upgrade would be advised, as with any such operating system upgrade. It’s always better to be safe than sorry.

This Unusual Move Gives You A Tax-Advantaged 8% Dividend