Breaking
How to Get Results from Broken Link Building
Florida Supreme Court Tells The American Bar Association...
How to Write Perfect Paid Social Media Marketing...
How Restaurants Can Design a More Sustainable Food...
Expenses That Small Business Owners Need to Be...
How You Can Make Saying Goodbye To The...
Biden To Meet Royal Family At Cornwall’s Eden...
It’s Going To Be Emotional — Going International...
Peer Mentoring For Students: STEM & Buds
7 PR Trends in 2021: The Story So...
Google Plans Radical New Google Pixel Smartphone Upgrade
Where Did COVID Come From?
Ride To Growth With A Business Vehicle
C3.ai’s Tom Siebel: How To Scale AI
Moz Acquired by iContact Marketing Corp
10 Examples of Brands Using TikTok Stitch and...
Home Technology Striking Saturn, Comet NEOWISE And A ‘Mercury Morning’: What You Can See In The Night Sky This Week
Technology

Striking Saturn, Comet NEOWISE And A ‘Mercury Morning’: What You Can See In The Night Sky This Week 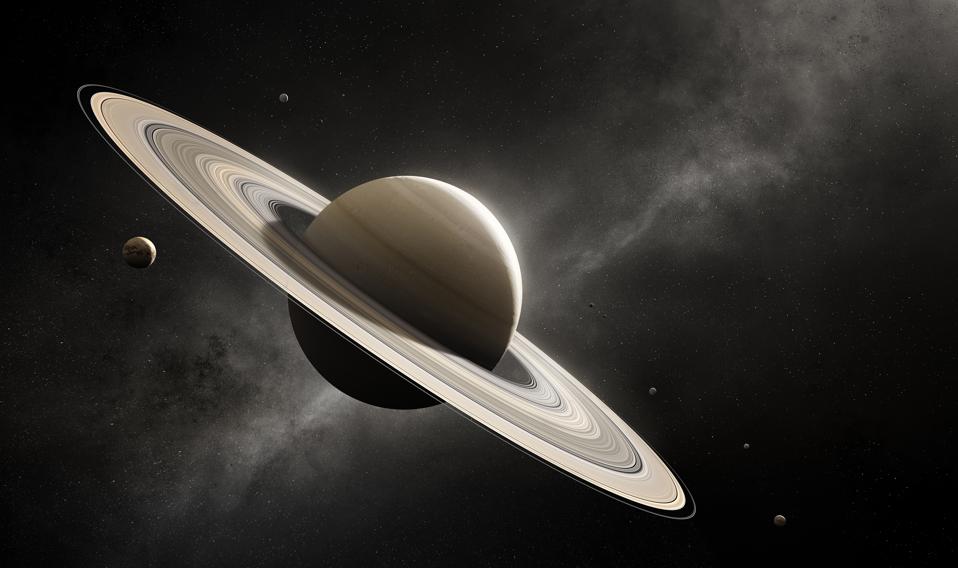 Saturn will reach opposition this week.

Each Monday I pick out the northern hemisphere’s celestial highlights for the week ahead, but be sure to check my main feed for more in-depth articles on stargazing, astronomy and eclipses. Observation details are correct for mid-northern latitudes.

With a New Moon on Monday, the early part of this week is a great time to go looking for both Comet NEOWISE and the Milky Way, both of which should be looking their best as soon as it gets dark.

If you want to see Comet NEOWISE—the best naked-eye comet for 27 years—this week could be you last chance to see it and photograph it. For now it’s possible to see it even from light-polluted cities in the northern hemisphere, but it looks its best through binoculars.

However, it’s a busy week above, with Saturn reaching its brightest of the year right after dark, and Mercury making an appearance before sunrise. All while a delicate crescent Moon appears at sunset.

MORE FROM FORBESHow To Photograph Comet NEOWISE, Our Most Spectacular Comet For 23 YearsBy Jamie Carter

Saturn will tonight shine at its brightest and best of all of 2020. Why is Saturn at opposition? Earth passes between it and the Sun today, and as a consequence the planet’s disk is 100% illuminated as seen from Earth. It’s also making its closest approach to Earth.

Unlike Jupiter—which you can look at perfectly well through binoculars—a small telescope is needed to get a view of Saturn’s rings.

It’s also a New Moon today, when the Moon is roughly between Earth and the Sun, so the night skies are moonless, and as dark as they get tonight, and all of this week.

MORE FROM FORBESIf You Ever Wanted To See The Rings Of Saturn, This Is The Week They’re Brightest And BestBy Jamie Carter

It’s not something you can see because the Moon is lost in the Sun’s glare today, but know that the Moon is at perihelion—its closest point to the Sun in all of 2020.

Wednesday, July 22, 2020: a Mercury in the morning and a crescent Moon after dark

Get up early this morning and you will be able to see Mercury above the eastern horizon before sunrise. This morning it will reach its greatest separation from the Sun of the season, though it’s not particularly bright; you’ll need binoculars and some patience to find it.

Just after sunset tonight look to the west to see a delicate 6%-lit crescent Moon sinking fast into the horizon. You should be able to pick it out with binoculars. If so, try looking just below it for Regulus, the brightest star in the constellation of Leo. Regulus will be just 4.3° from the Moon. After months spent dominating the spring night sky, Leo is now on its way out. 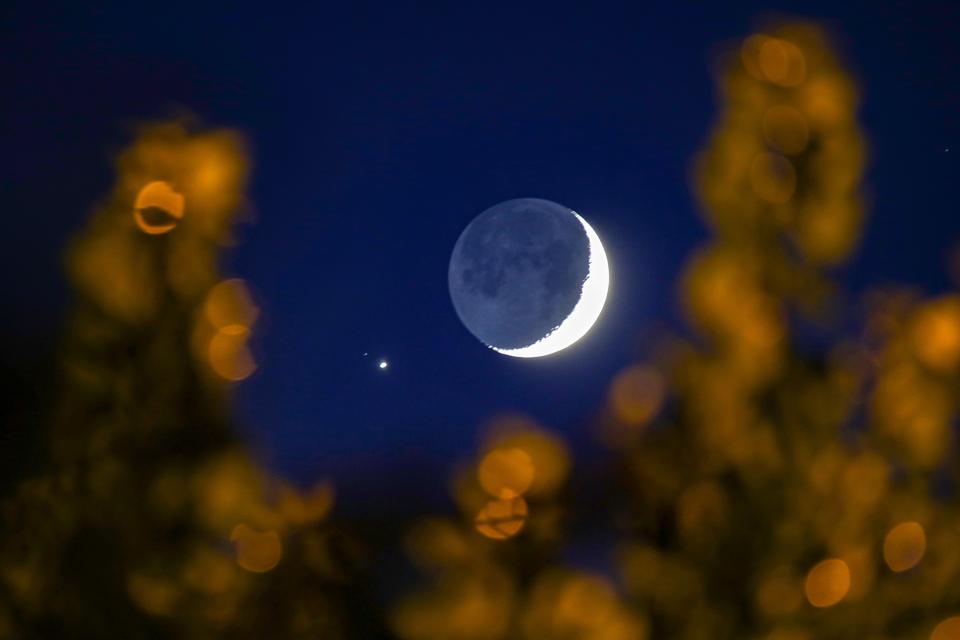 A crescent Moon and ‘Earthshine’ will be visible this week.

Have you ever seen “Earthshine,” sometimes called “planet-shine?” The phenomenon of the Moon’s darkened limb being subtly lit-up by sunlight being reflected by Earth is only visible to the human eye in the last and first few days of the Moon’s orbit of Earth. With the Moon 13% lit tonight after dark its an ideal time to try for “Earthshine.”

About 22% lit and now in the constellation of Virgo, the Moon is nearing its perigee for the month—the closest it gets to Earth on its slightly elliptical monthly orbit. It’s another great opportunity to look for “Earthshine” as well as the sight of a delicate crescent Moon.

Now 44%-lit and visible in the south well before sunset, an almost First Quarter Moon will shine brightly above bright star Spica, the 15th brightest star in the night sky. Spica is around 250 light-years distant.

The Risk Of A ‘Catastrophic’ U.S. Bitcoin Ban ‘Is Now Past’