Breaking
Apple Loop: New iPhone 13 Leaks, Apple’s App...
25 of the Best Add-On Slack Apps to...
How to Resolve Duplicate Content
How Millennials Are Changing The Face Of B2B...
Bloggers of the Month: Kelly Jackson & It’s...
As Bitcoin Suddenly Surges Over $50,000, The Price...
In The Race To Retail Dominance, Customer Service...
Meet Onesimus, The Enslaved Man Who Saved Boston...
How to Build a Sales Forecast Model
The Unexpected Ways COVID-19 Has Forever Changed What...
Google Posts: Conversion Factor — Not Ranking Factor
How To Bring Your Branding To Life
Coinbase Cofounders And Investors Poised To Rake In...
How To Stay Top-of-Mind For Your Audience With...
Introducing The Chrome Extension: Get Share Counts, Links...
Employers: Eight Red Flags You May Not Notice...
Home Technology Student Loan Payment Suspension ‘May Go Further’ Than Initial Six Months, Trump Says
Technology 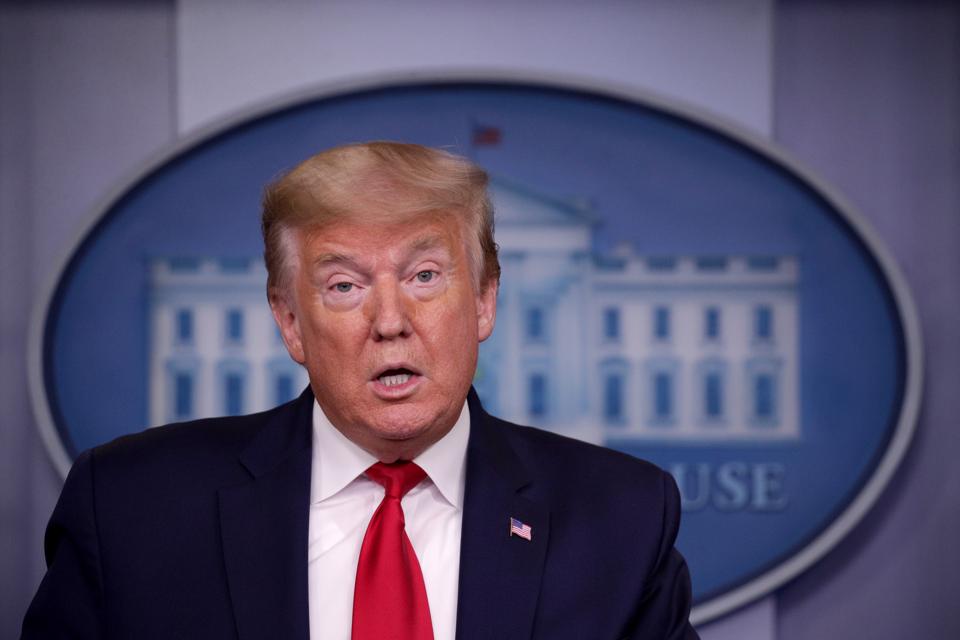 WASHINGTON, DC – APRIL 09: U.S. President Donald Trump speaks at the daily coronavirus briefing in … [+] the Brady Press Briefing Room at the White House on April 09, 2020 in Washington, DC. U.S. unemployment claims have approached 17 million over the past three weeks amid the COVID-19 pandemic. (Photo by Alex Wong/Getty Images)

Key Background: Student loan debt stands at $1.6 trillion in the U.S., according to a report from credit rating agency Moody’s Investors Service. The pandemic has disrupted education from grade-school to college, with teachers and professors conducting lessons through conferencing services like Zoom. There are currently 456,828 confirmed cases of the coronavirus in the U.S., the most of any country in the world. The pandemic has led to 16 million job losses across the country.

California, New York Staying Home. Georgia And Nebraska? Not So Much