Breaking
Lights, Camera, Action—Is There A Post-Covid Future For...
7 Ways to Reduce Human Errors in Your...
How ‘Couples Therapy’ Used Technology To Cope With...
Can You Settle Your Student Loans Or Negotiate...
How to Use Amazon Attribution For Ad Campaigns
What are the Makings of a High-Quality Link?
How To Quickly Start And Scale Your Business
Terra Virtua: What NFTs Can Teach Us About...
5 Easy Steps To Prepare Content For E-A-T...
Physical Inactivity Linked To More Severe Covid-19 Infection...
The 2021 Estimated Tax Dilemma: What Tax-Return Pros...
Want To Digitally Transform Your Business? Start With...
How to Optimize Google My Business and Leverage...
Debunking Link Building Myths in 2021
How, When And Where You Can Gaze At...
SBA Opens $16.2 Billion Shuttered Venue Operators Grants...
Home Technology Stunning Images Of A ‘Churning’ Jupiter Emerge After NASA Spacecraft’s Close Shave Last Week
Technology

NASA’s first solar powered spacecraft at Jupiter has sent back some stunning images of the giant planet after last week’s latest flyby.

One image in particular (above) shows the complexity in the planet’s cloud tops. It was processed by citizen scientist Kevin M. Gill, one of several who are working on raw image data sent back to Earth since last week’s flyby.

Taken when Juno was 5,375 miles above Jupiter and traveling at 127,000 mph, according to NASA the image shows “relatively small, bright, “pop-up” clouds — which rise above the surrounding features — stand out at the tops and edges of the swirling patterns, while the darker areas nearby reveal greater depth.” 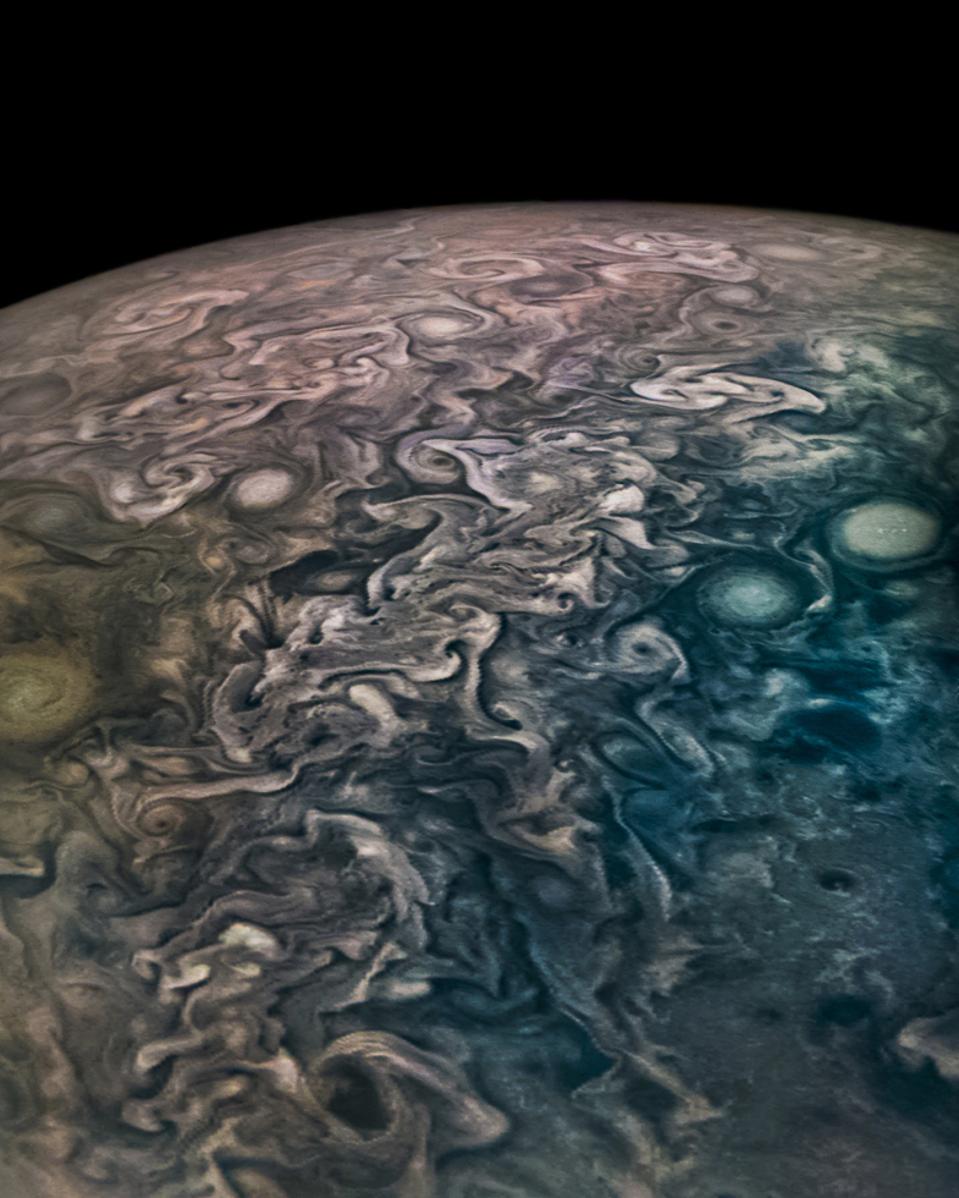 Launched in August 2011, the spacecraft Juno is part of NASA’s “New Frontiers” missions, and has been orbiting Jupiter since July 2016, completing 26 orbits thus far.

Why so few orbits? Juno is in a highly elliptical orbit of Jupiter, spending most of its time in high orbit far from the giant planet, but conducting a “deep dive” flyby just a few of thousand miles above the planet’s remarkable cloud tops. 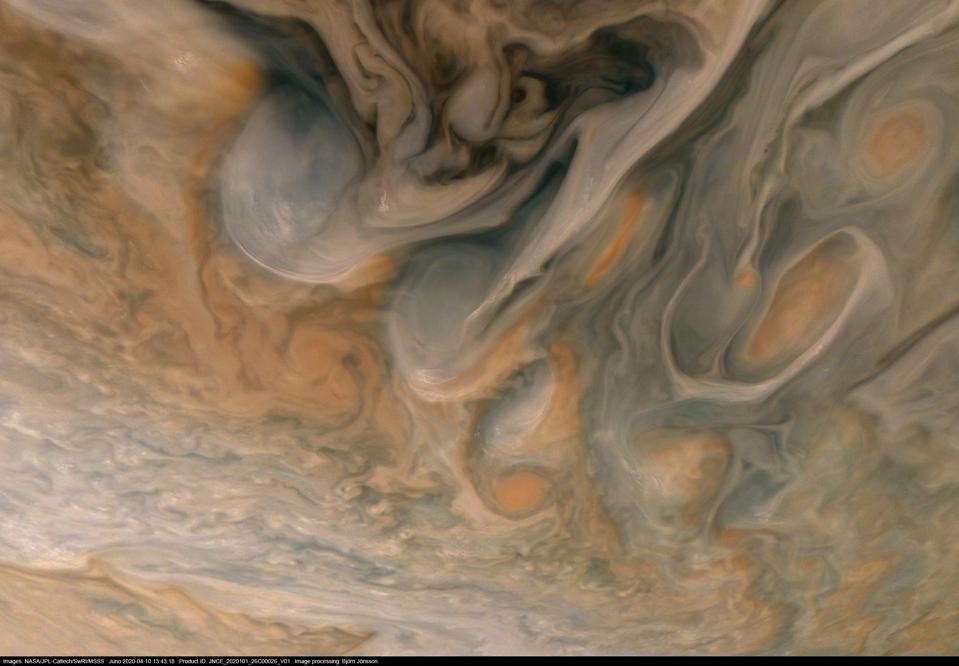 Jet N2 on Jupiter, as taken last week by Juno at Jupiter, and processed by citizen scientist Björn … [+] Jónsson.

Cue spectacular images of its storms, including the “Great Red Spot” and time-lapse sequences of images over its poles. 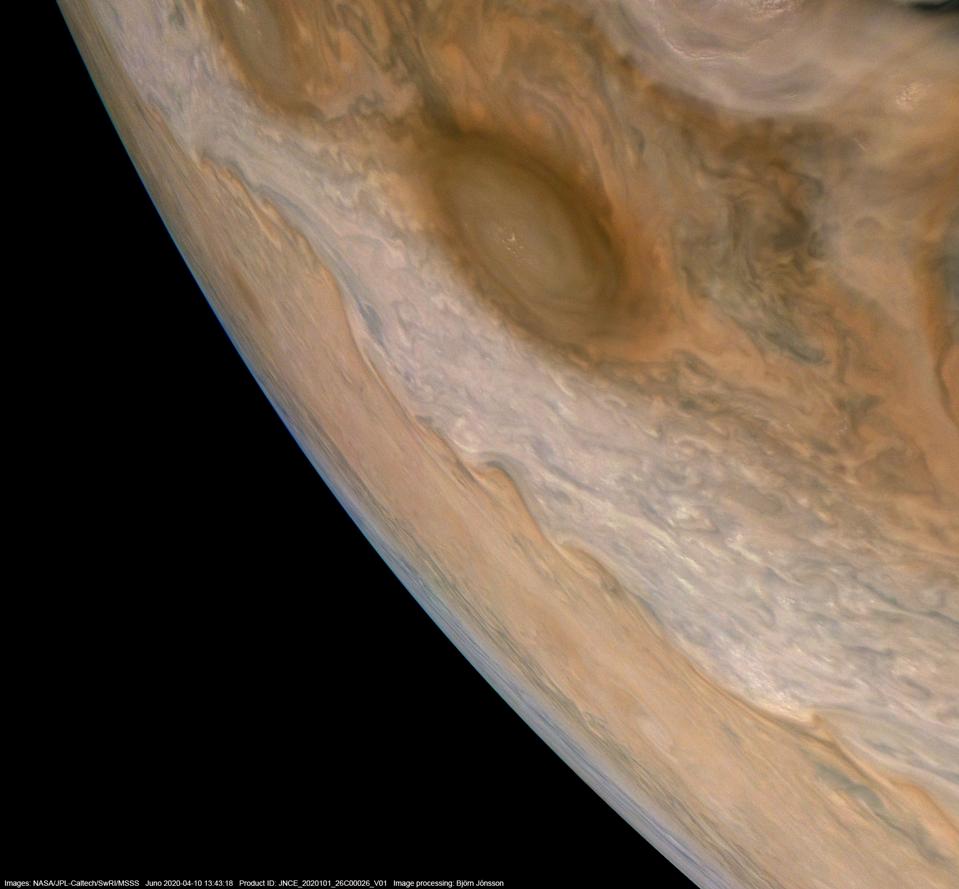 An image processed from Juno’s latest flyby of Jupiter by Björn Jónsson.

Juno was originally planned to orbit Jupiter every 14 days, but technical issues forced it into a much longer 53-day orbit.

Juno is powered by solar arrays, and is currently the furthest solar-powered spacecraft from the Sun at around 493 million miles. 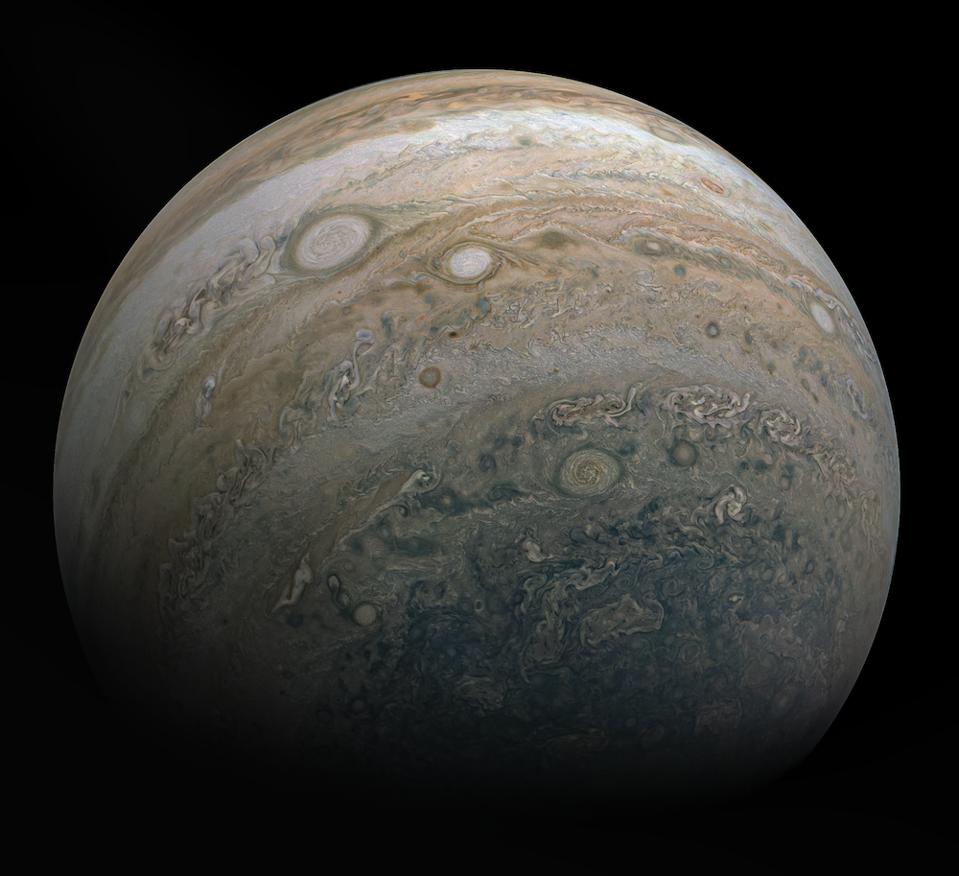 View of Jupiter as imaged by Juno on its perijove 26 flyby, and processed by Kevin M. Gill.

Although Juno has six scientific instruments on board, it’s JunoCam —a visible light camera—that has really impressed as a way of exciting people about the solar system’s largest planet, sending back myriad spectacular images.

Juno is scheduled to end its mission July 2021, so enjoy it while you can.

Layoffs, Furloughs And Pay Cuts At Univision As Part Of Restructuring Due To Coronavirus