Breaking
Women Of Color Hill Staffers Talk New Economic...
Are You Ready For A Jaw-Dropping December? How...
FIFA 21 Next-Gen Details Revealed For PS5 And...
Being Right At Being Wrong
Click And Collect: How Retailers And Restaurants Can...
Biden’s Stock Market Is Off To A Faster...
How To Avoid Social Media Misinformation Ahead Of...
The True Cost Of Losing An RFP
When Cause And Effect Converged With Humanity
Exxon Mobil Breaks Above 200-Day Moving Average –...
This Small Business Is Looking To Make America’s...
This Woman Invented Something 160 Million Americans Will...
6 Questions To Practice Gratitude This Thanksgiving
Report: Facebook Tweaked News Feed After Election Day...
End The Month Strong With These Top Value...
From Maths Failure To Global Educator: How Knowledgehook...
Home Business Sundance: Why Neon And Hulu Paid Record $17.5M For ‘Palm Springs’
Business 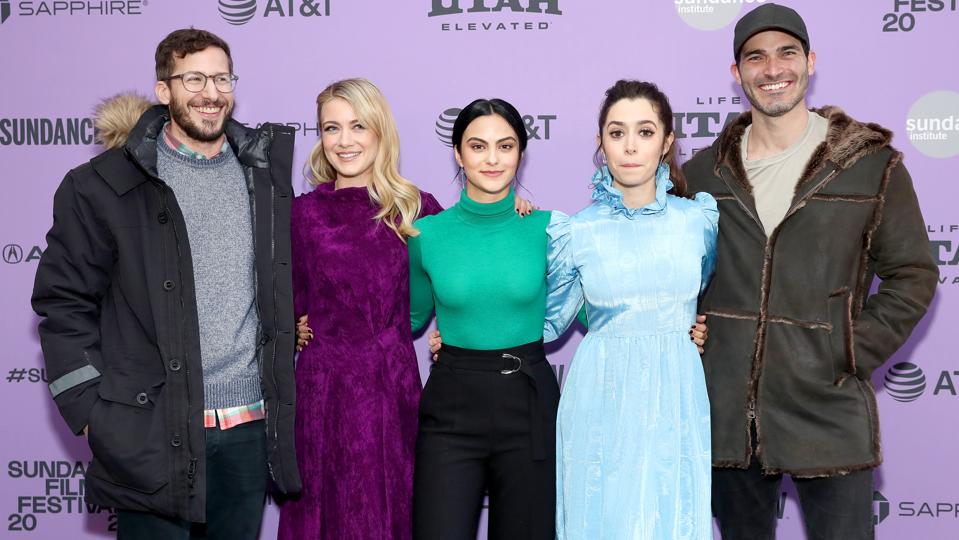 Okay, technically Hulu and Neon paid $17,500,000.69 to purchase distribution rights for director Max Barbakow’s Palm Springs. The well-received fantasy, whose exact log line is somewhat shrouded in mystery, stars Cristin Milioti as an adrift bridesmaid at her sister’s wedding and Andy Samberg as a fellow guest who catches her attention. There is apparently some kind of metaphysical event, so think Keanu Reeves and Winona Ryder’s Destination Wedding… with magic (and presumably more dialogue for supporting characters)! The film also stars J.K. Simmons, Meredith Hagner, Camila Mendes and Peter Gallagher.

The deal is exactly $0.69 more than what Fox Searchlight paid in early 2016 for Nate Parker’s The Birth of a Nation four years ago. The buzzy Nat Turner biopic was the hit of the festival, partially thanks to ongoing controversies over an Oscar season mostly dominated by white filmmakers and performers. The movie didn’t quite live up to the hype (it’s… okay at best) and was released in October of that year under a cloud of controversy over Parker’s decades-ago rape accusation, which put the kibosh on the film’s Oscar prospects.

It was commercially inert, with just $16.8 million worldwide, because of the controversies, the overall grimness of the subject matter, is critical reception and because Denzel Washington’s The Magnificent Seven, directed by Antoine Fuqua, provided at least some of the same context within a crowd-pleasing, big-budget, star-packed blockbuster package. Yes, Palm Springs is a presumably more commercial offering than The Birth of a Nation, although that Neon and Hulu are going in together (in accordance with their partnership from back in 2017) shows the long term picture. 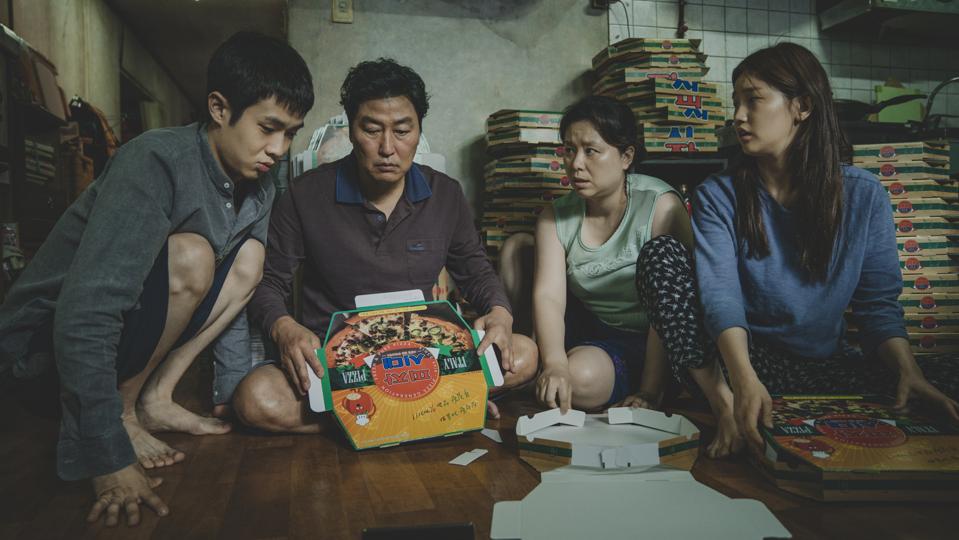 Neon’s Parasite arrives on Blu-ray, DVD, 4K and VOD today as it passes I, Tonya ($30 million) to become their biggest domestic earner. However, the commercial prospects on an old school studio comedy without a surefire opener like Kevin Hart are dicey at best. Pop Star: Never Stop Popping may be a cult favorite since its theatrical release four years ago, but the Universal offering earned less than $10 million worldwide. Samberg is a comic gem, but the theatrical potential of a movie like Palm Springs is limited.

I would argue that a theatrical release, hopefully wide enough for those who want to see it in theaters, is almost glorified marketing for the film’s eventual “forever home” on Hulu. Even in a VOD/streaming world, a theatrical release still gives a film increased cachet and more media coverage compared to a title that debuts exclusively on a streaming platform. It’s also a way to entice filmmakers (and/or folks whose films are being shopped around at festivals) to take the streaming plunge, with the promise that the film will still have something resembling a theatrical release.

And then, after a brief theatrical run, Palm Springs can shine on Hulu alongside Pop Star, Brooklyn Nine-Nine and Saturday Night Live. Moreover, as the streaming wars continue unabated, we’re going to see more high-priced acquisitions of prestigious and/or star-driven pictures that a generation ago might have been commercially viable studio programmers. Streaming may have nearly killed the studio programmer in five short years, give or take exceptions like 1917 and Knives Out, but those same films now potentially benefit from streaming platforms willing to overpay in order to stock up on “better movies than the other service.”