Breaking
Can You Settle Your Student Loans Or Negotiate...
How to Use Amazon Attribution For Ad Campaigns
How To Quickly Start And Scale Your Business
Terra Virtua: What NFTs Can Teach Us About...
5 Easy Steps To Prepare Content For E-A-T...
Physical Inactivity Linked To More Severe Covid-19 Infection...
The 2021 Estimated Tax Dilemma: What Tax-Return Pros...
Want To Digitally Transform Your Business? Start With...
How to Optimize Google My Business and Leverage...
Debunking Link Building Myths in 2021
How, When And Where You Can Gaze At...
SBA Opens $16.2 Billion Shuttered Venue Operators Grants...
What are the Essential Features of a Small...
Trends In Executive Recruiting That Will Help You...
The Growing Case For Banning Pesticides Linked To...
The Reopening High – But Long-Term Issues Cloud
Home Technology Supermoon: Exactly When You Should Look At This Week’s ‘Super Worm Moon’
Technology 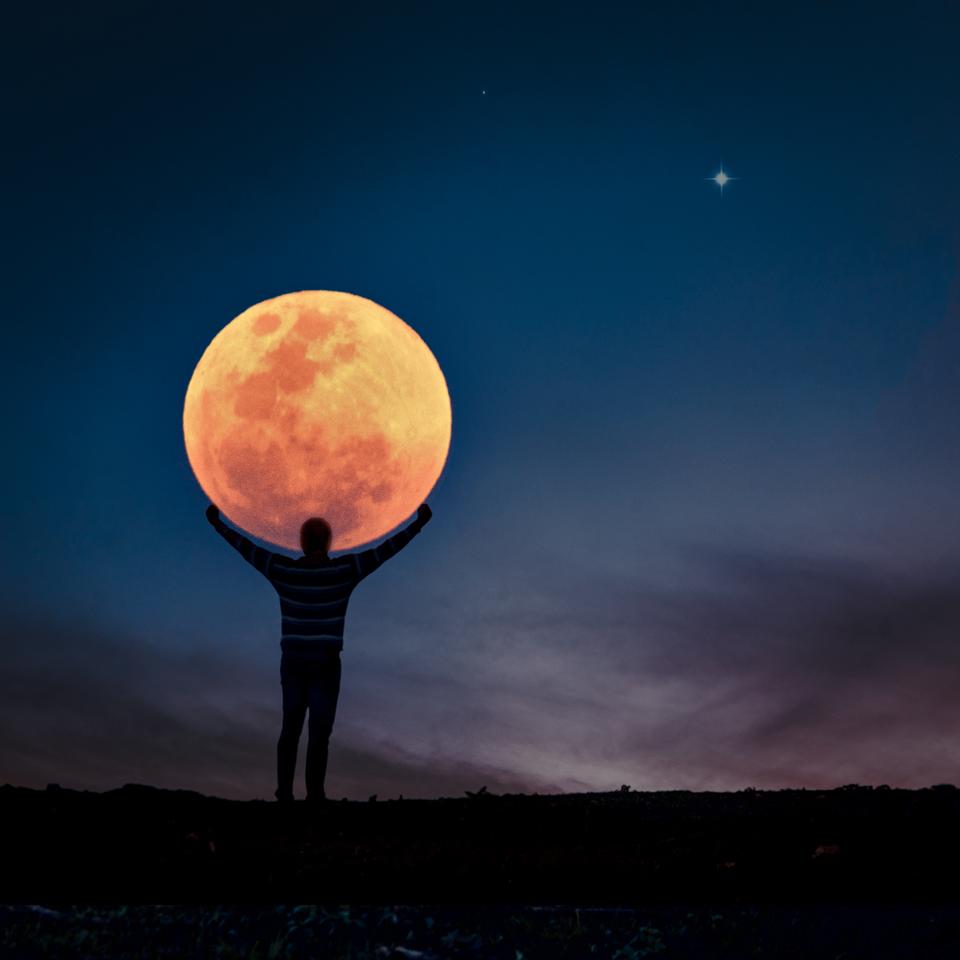 When is the next supermoon?

2020’s second-closest—so second-biggest—full moon is coming. As a bonus this month, those that get up early on Monday, March 9, 2020 to see the “Super Worm Moon” as it sinks in the west can turn 360º to see Jupiter, Mars, Saturn and even the tiny planet Mercury in the east.

However, the “Super Worm Moon”—which reaches its full phase on Monday—will be best viewed at sunset that day.

For me, the rising of the full moon is always a moment to plan a half-hour escape from a busy day to watch nature at its majestic best … if it’s not cloudy.

Here’s exactly what’s going on, why, and where (and when) to see the “Super Worm Moon” and, as a bonus, a parade of four bright planets. 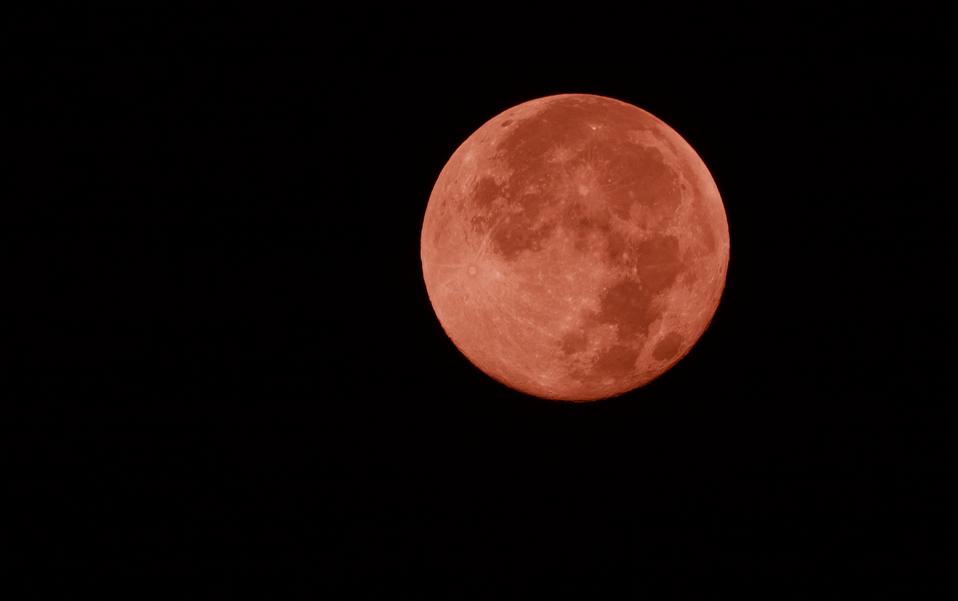 What time does the ‘Super Worm Moon’ start?

The full “Super Worm Moon” occurs at 5:48 p.m. Universal Time (you can convert here). At that precise time, the face of the moon visible to us on Earth will take the full glare of the sun while it’s exactly 222,081 miles/357,404 km from Earth in front of the constellation of Leo. For Europeans, that pretty much coincides with moonrise on Monday, so it’s perfect. For North Americans, that’s during daylight hours, but the same advice applies; the “Super Worm Moon” will be 99.7% illuminated as it rises in the east.

When is the best time to look at the full ‘Super Worm Moon?’

The full moon will look its best from around the world at moonrise in the east around the time of sunset on Monday, March 9. Although you can get up early on Monday to look at the “Super Worm Moon” as it sets in the west, the sunrise beforehand could dampen the show (it all depends on precisely where in the world you observe from, so check the moonset and sunrise times for your location).

Here are just a sample of moonrise times for a handful of global cities, but wherever you are you can find out the exact times for your location using a moon calculator. 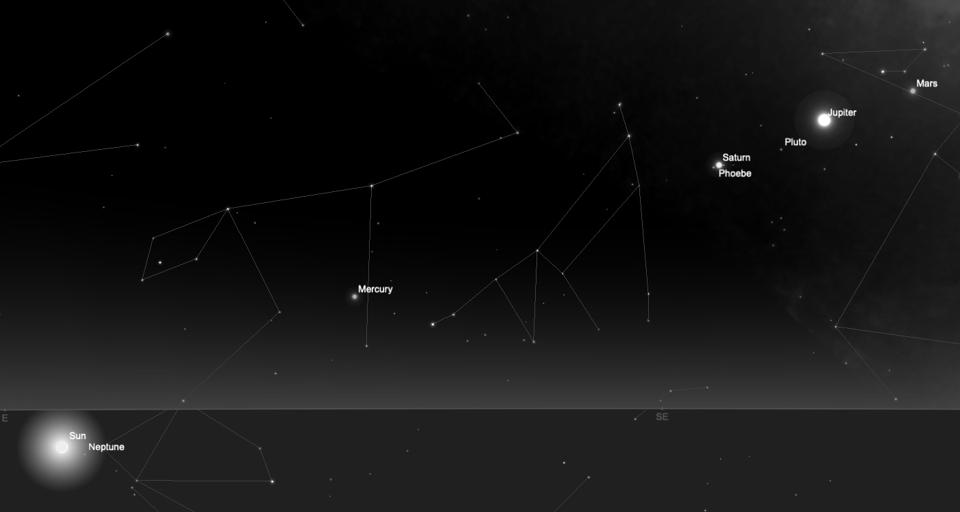 How to see four planets and the ‘Super Worm Moon’

Can you get up early? Before moonset and sunrise on Monday, March 9, there will be a parade of four bright planets; Saturn, Jupiter, Mars and Mercury. They will appear close together in the southeastern sky, with Mercury appearing low on the horizon. You may need a pair of binoculars to spot the tiny planet, but it’s worth having a go. Jupiter will be the easiest to see, because it will be the brightest, but golden-yellow Saturn and orangey Mars, either side of Jupiter, should also be easy to pick out with the naked eye.

What is a ‘supermoon?’

The term “supermoon” is not an astronomical term, but an astrological one, which is why astronomers tend to get the hump when anyone mentions supermoons. Should we start calling them by their more technical name—perigee full moons?

After all, a supermoon refers to when our satellite is at perigee, which is the closest it gets to Earth on its elliptical monthly orbit. This month perigee occurs at 6:33 a.m. Universal Time on Tuesday, March 10, so it’s deemed to be close enough to the full phase to be called a supermoon.

The “Super Worm Moon” will be 7.5% closer than average, so will look slightly bigger than an average full moon, but only by a tiny amount. That’s why it’s so important to catch the “Super Worm Moon” at moonrise and moonset when it will appear to be big because your brain will compare it to what else you can see on the horizon.

When was the last supermoon and when is the next supermoon?