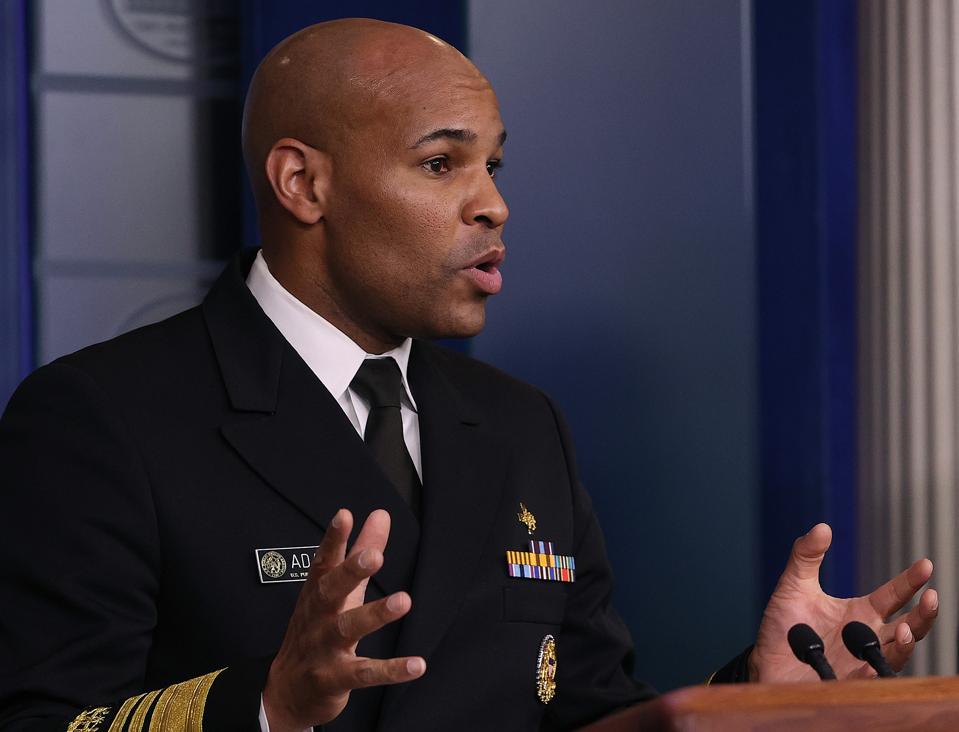 WASHINGTON, DC – APRIL 03: U.S. Surgeon General Jerome Adams speaks during a White House Coronavirus … [+] Task Force briefing at the White House April 3, 2020 in Washington, DC. President Trump announced that Americans in virus hot spots should wear a mask when out in public as the death rate caused by coronavirus has nearly doubled in three days in New York City while the nation continues to reel from the impacts of COVID-19. (Photo by Win McNamee/Getty Images)

Crucial Quote: The coronavirus task force has previously addressed the racial discrepancies happening during the pandemic. Dr. Anthony Fauci, the nation’s top infectious disease doctor, said during Tuesday’s briefing, “Yet again, when you have a situation like the coronavirus, they are suffering disproportionately…So when all this is over—and, as we’ve said, it will end—we will get over coronavirus, but there will still be health disparities, which we really do need to address in the African-American community.”

Tangent: Another factor in the discrepancy is access to healthcare. The Census Bureau reported that 8.5% of people were uninsured in 2018. Over 16 million Americans filed for unemployment benefits in the past three weeks. While workers that had employment-based health insurance can enroll in the Affordable Care Act, often called Obamacare, as a “qualifying life event,” others without insurance can no longer enroll in the program as the period to do so ended December 15. On March 31, Politico reported that the Trump administration decided against reopening enrollment in the ACA. The federal government oversees health insurance in over two-thirds of states.

Key Background: Adams was confirmed as the 20th Surgeon General of the country in August 2017 with a focus on tackling the country’s opioid epidemic. An anesthesiologist, he previously served as Indiana’s state health commissioner during an HIV outbreak that was the result of injections from prescription opioids. He was credited for convincing then Governor Mike Pence to create a needle exchange program.

This Week In XR: Amidst Turmoil, XR Heats Up

How The U.S. Can Reduce Unemployment And Reverse A Steep Recession | What’s Ahead

This Is How ‘False Positives’ And ‘False Negatives’...