Breaking
How to Build a Sales Forecast Model
The Unexpected Ways COVID-19 Has Forever Changed What...
Google Posts: Conversion Factor — Not Ranking Factor
How To Bring Your Branding To Life
Coinbase Cofounders And Investors Poised To Rake In...
How To Stay Top-of-Mind For Your Audience With...
Employers: Eight Red Flags You May Not Notice...
The benefits of videoing in the automotive industry
Ted Lasso, Other Apple TV+ Shows Arriving Soon...
How To Incorporate Click And Collect Into Your...
What Are Working Capital Loans and When Should...
The 10 Biggest Trends in Entrepreneurship to Look...
Clubhouse Has Grown 10X In Two Months. Here’s...
Here’s Why Tyson Foods Stock Looks Undervalued At...
How To Maintain Client Relationships During Long Projects
WhatsApp Is Pushing Ahead With Its Controversial Privacy...
Home Business Talks Near Finish Line For Larry Ellison Plan To Buy Island’s Utility Assets From Hawaiian Electric
Business 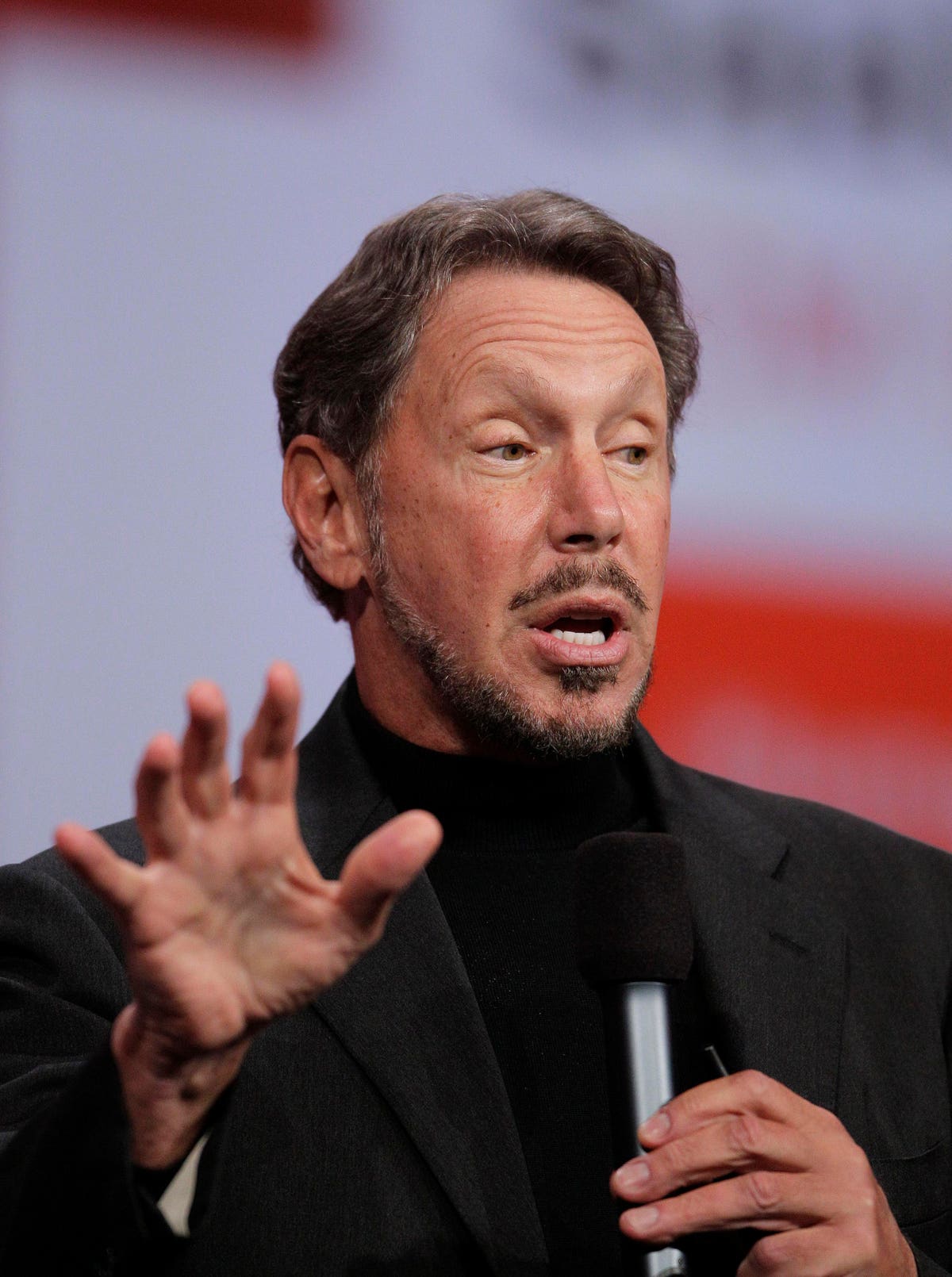 Negotiations between Larry Ellison to purchase utility assets on his Lanai island from Hawaiian Electric Co. are ongoing though sources close to the discussion expect them to wrap up in a matter of weeks.

Last month, the Silicon Valley billionaire suggested to Hawaiian Electric executives that they sell to him generation, distribution and transmission assets on Lanai to build out his sustainable ecosystem and power the former pineapple plantation exclusively with renewable energy.

Except for a couple megawatts of solar power from Ellison’s La Ola solar photovoltaic farm, Lanai’s grid largely runs on nine ultra-low-sulfur diesel generators with a total output of 9.4 megawatts providing power to 3,000 residents, many of whom are low-income residents on a fixed income.

Ellison publicly announced his billion-dollar plan eight years ago when he bought 98% of the island, and he’s made incremental progress from improving the water system to recycling programs and protecting native and endangered species, according to his company, Pulama Lanai. He started Sensei to advance hydroponic farming on Lanai.

Transitioning a grid reliant on diesel to power the island with renewables is, arguably, his pièce de résistance.

“Our journey towards 100% sustainability now leads us to investigate the potential benefits of owning the grid,” Pulama Lanai said in a statement.

“We are by far its largest customer and have a vested interest in building a modernized grid that will speed Lanai’s progress towards being energy independent. We will have a phased plan that will lead to more renewable energy and lower electricity bills for our residents which currently ranks among the highest in the state,” the company said.

“It’s an exacting legal process that includes lots of public visibility and the number one question is going to be, How are the people on Lanai going to fare? Will rates go up, down or stay the same?” Hawaiian Electric spokesman Jim Kelly said.

HECo currently provides power to most of Hawaii’s residents, which live on the islands of Oahu, Maui, Molokai, Lanai and Hawaii Island.

Turning a fossil fuel-reliant grid into a power system fueled by renewables will require upgrades such as advanced controls. Whether Ellison would pay for these upgrades or the cost would be passed on to all of the utility’s customers would be one of the questions that regulators have to decide.

“There are many options, which is why we want to work closely with our customers, including Pulama Lanai, to figure out the best path to get off fossil fuels in a way that benefits everyone,” Kelly said.

The goal: reliable source of backup power during outages and electric vehicle charging stations connected to the microgrid for shuttle buses that otherwise spend $5.00 per gallon on diesel to fill up the tanks.

Path to the Piece

If a deal is struck, Forbes’-named 7th richest man in the world would still face some hurdles.

First, Hawaiian Electric’s utility assets are not exactly up for sale; there’s been no independent appraisal of them. So it’s unclear, to both parties, what they’re worth.

Further, if Ellison acquires grid and generation assets from the utility, Pulama Lanai would turn into a public utility regulated under Chapter 269 of the Hawaii Legislature’s Revised Statute and report to the Hawaii Public Utilities Commission.

Akiba is now president and CEO of LHA Ventures and Board member of the Blue Planet Foundation.

The PUC would have to approve the sale of Hawaiian Electric’s assets to Ellison and would only do so if the sale is shown to be “prudent, in the public interest, and would lower electricity costs for residents,” she said.

Nowhere to go but Down

Lanai residents in 2019 paid on average 41.8 cents per kilowatt hour (kWh) of electricity; residents of the other islands pay 29.18 cents per kWh on average, according to energy consulting giant Wood Mackenzie.

By comparison, Americans living in the other 49 states pay on average 10 cents per kWh.

Imported crude is to blame for the relatively high price of electricity.

The Energy Information Administration said Hawaii can refine nearly 150,000 barrels of imported crude daily, but the crude is imported from Russia, Pacific Rim producers, Africa and the Middle East.

While much of the crude is refined in Hawaii, EIA says some refined petroleum products—jet fuel, propane, and low-sulfur diesel fuel for power plants—are imported from Asia, the Caribbean, and South America.

Wood Mackenzie says replacing diesel power generators with microgrids that incorporate utility-scale solar plus storage and Lanai’s plentiful wind resources could save Lanai residents in electricity costs. When the sun isn’t shining, the wind can generate power and decrease the need for battery capacity and diesel fuel.

Aside from wind and solar resources, Lanai could potentially generate electricity from tidal energy, as Ocean Renewable Power Company has been doing with a demonstration tidal power system in Maine.

Wood Mackenzie’s global analysis of islands relying on oil products found that by 2025, 3,600 islands globally could save money through offsetting diesel fuel with alternative energy.

Islands like Graciosa in the Azores and Aruba in the Caribbean have plans to make the transition and lower electricity costs for residents.

The possibilities plus the cash and clout still leave some bureaucratic hurdles for Ellison.

“There are legal and regulatory complexities that need to be addressed and then there are technical complexities of running a highly renewable energy grid with very limited options to deliver that electricity and power,” Akiba said.

Because there’s no interconnection between any Hawaiian island, there’s no way to trade excess energy from Lanai, she added.

Someone’s Gotta Do It

Ellison approached Hawaiian Electric in January after the utility issued an RFP at the end of 2019 for “Variable Renewable Dispatchable Generation Paired with Energy Storage” for the island of Lanai; It was the utility’s broad search for clean energy generation that could plug into the existing grid.

Hawaiian Electric was acting pursuant to a 2015 Hawaii state law, which requires all islands be powered only by renewable resources—wind, solar, geothermal and “other clean energy”—by 2045.

Now, Hawaiian Electric could announce sale of its distribution, generation and transmission assets on Lanai to Larry Ellison before March 31 when the RFPs will be reissued, barring a deal.

How much Ellison’s holding company, Pulama Lanai, is willing to offer and how much Hawaiian Electric would accept is still under discussion.

More than half of U.S. states, and the District of Columbia, have either a mandate or voluntary goal to generate some portion of their electric power from renewable energy.

The District of Columbia intends to generate 100% of its electric power from renewables by 2032.

Mahmoud Abouelnaga, Solutions Fellow at the Center for Climate and Energy Solutions and Obama Scholar from the University of Chicago, said for Lanai to be powered 100% by renewables, it must either adopt massive energy storage capability or interconnect with other islands.

Abouelnaga is an expert on transitioning to a clean energy economy. He said, “In order to achieve this kind of transition, you have to have some storage capacity.”

How Clean Is Green

When it comes to levelized cost of electricity, Abouelnaga said, wind power with sodium sulfur battery storage has the lowest cost, but it will face permitting hurdles.

There are a lot of questions about the materials used for the batteries, how sustainable they are, how clean. Islands have more stringent standards for waste, he said.

“When you look at a clean energy system, you need to look at the whole supply chain, cradle to grave. You need to look at material use and end-of-life treatment of those materials,” Abouelnaga said. “That’s the main point with nuclear. Nuclear doesn’t emit carbon, but the whole discussion about nuclear is what are you going to do with the nuclear waste.”

So a generation resource could be clean, just not sustainable, he said.

“Businesses around the world are recognizing that they have a responsibility to reduce their carbon footprint and are using microgrids to become models for sustainability. We believe the same can be done on Lanai,” Pulama Lanai said.

Forbes has reported that more than 100 companies have agreed to cut their carbon footprint, and Microsoft recently upped the ante for itself; it plans to eliminate its carbon footprint entirely by 2030 to become “carbon neutral.”

General Motors Gets It Right With Electric Hummer

How To Redefine The Future Of Fraud Prevention