Breaking
How, When And Where You Can See A...
New $2.2 Trillion Stimulus Bill Proposed—$1,200 Stimulus Checks,...
Why Do We Do What We Do? Manipulating...
California Brand Goes All-American As Amazon Bans Foreign...
The 3 Best Analytics Companies of 2020
Trump’s Taxes Are Finally Leaked—What’s Next?
Washington Heats Up Ahead Of First Presidential Debate:...
Systemic Racism Leads To Disparities In Nursing Home...
The New Regular: Prepare For Conflicts Of Customer...
Web VR.0 – Have VR Websites (Finally) Arrived?...
This Next Evolution Of Ecommerce Did $18 Billion...
IRS Taxes Most Lawsuit Settlements And Exact Wording...
13 Questions To Answer Before You Die
Just Launched: Long-Term Stock Exchange For Companies Building...
How To Make Your Savings Work Harder For...
Xbox Series X Hands On Previews Reveal 70-80%...
Home Business ‘Tariff Man’ Trump Tells ‘Davos Man’ To Embrace Fair Trade Over Free Trade
Business 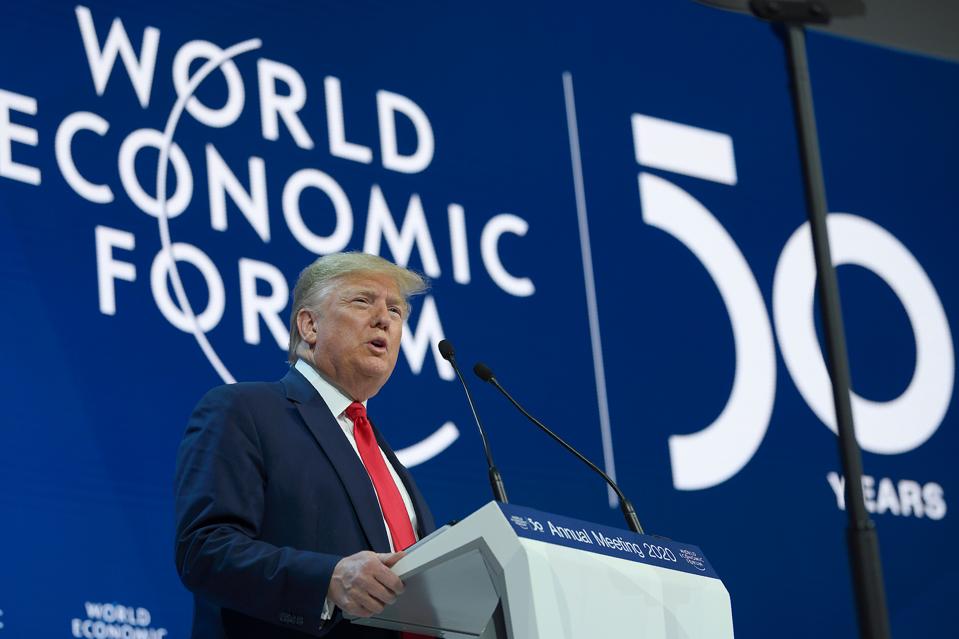 President Trump’s former Democratic side can always be seen when he talks about global trade.

While the U.S. Senate was preparing for his impeachment trial, Trump was speaking at the annual World Economic Forum in Davos where he told the heads of Corporate World to get used to nationalist economic policies. In a veiled swipe at multinationals who travel the world (mostly to China) for the lowest costs to maximize profits, often at the expense of their home country, Trump said free trade is going to be replaced by fair trade so long as he’s in charge.

“We cannot have free and open trade if some countries exploit the system at the expense of others,” he said. “We support free trade but it needs to be fair and it needs to be reciprocal because in the end unfair trade undermines us all.” 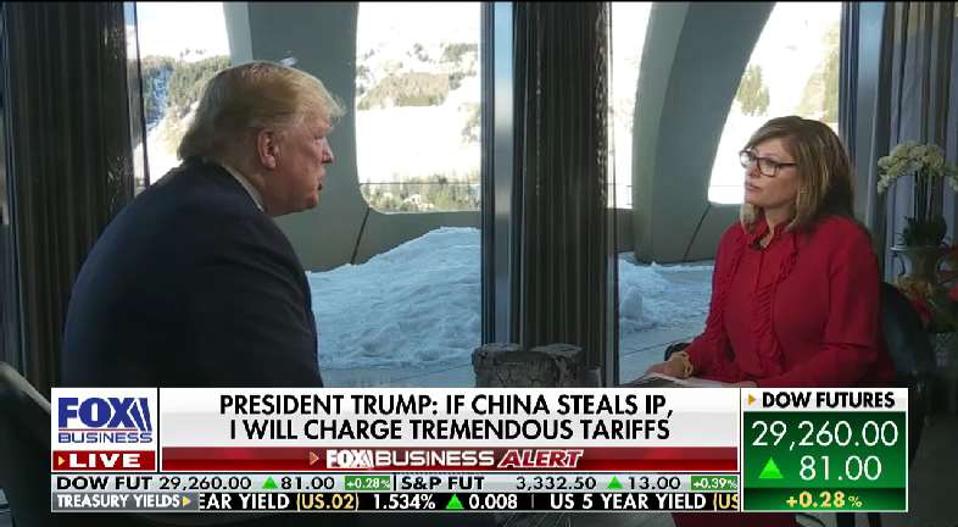 FOX Business anchor Maria Bartiromo speaks with President Trump in Davos on January 22, a day after … [+] his speech touting populist economics with a focus on national wage and employment growth. (FOX, Used by permission)

FOX Business anchor Maria Bartiromo spoke with Trump on the sidelines at Davos this morning where she addressed trade, among other things.

Trump had said yesterday that he expected more investment in the U.S. to come out of his talks with executives and others at the Forum.

Bartiromo asked what he expected from Europe on the trade front in order to avoid tariffs. Tariffs are very much on the table. Now that the phase one trade deal with China and the new Nafta is off his desk, Europe is next on the Tariff Man’s to-do list.

Trump said he met with European leaders to discuss the tariff threat but did not say with whom he met, only adding that he has dealt with Jean-Claude Juncker, former president of the European Commission, many times. It is likely he was referring to new Commission president Ursula Von Der Leyen. 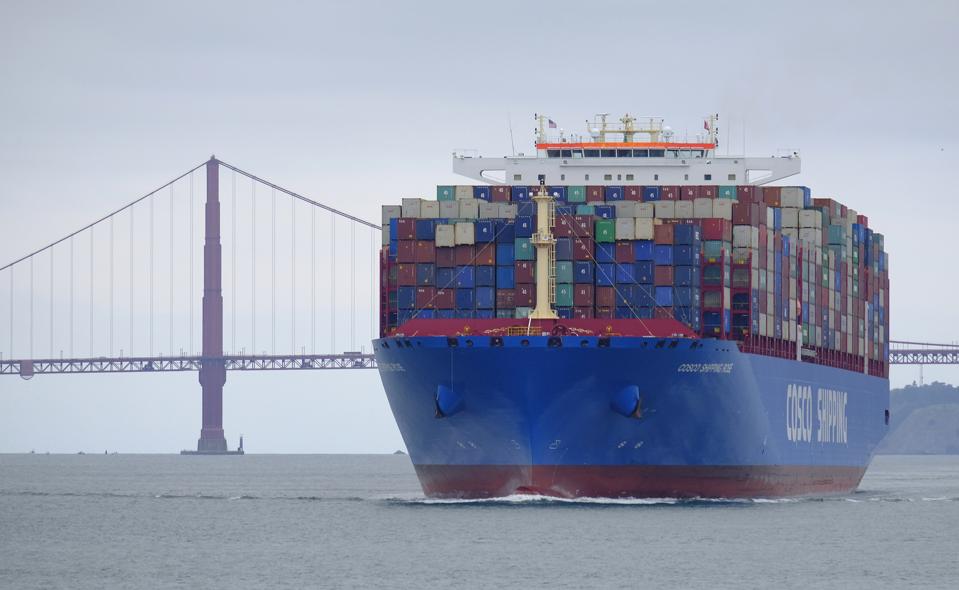 Trump touts the importance of governments to protect their local markets for the good of its work … [+] force, but wants Europe to strip protections to its farmers in favor of U.S. agriculture exports. That’s unlikely, especially in France and the U.K. (AP Photo/Eric Risberg)

The fair trade argument is a tough one for Trump.

The U.S., led by its massive multinational corporations and brands like Nike and Apple, have long benefited from low tariff entry into the U.S. They could manufacture elsewhere, cheaper, and sell to the U.S. which had low barriers of entry due to America’s motto of free trade.

Free trade is not the motto in many EU countries, and surely not in China, where tariffs have been double digits on many key products, or in China’s case, outright banned from entry.

Oddly enough, the World Economic Forum held up Chinese leader Xi Jinping as the poster boy of global trade at their meeting in January 2017.

As Trump calls for a more two-way street across the Atlantic, European trade negotiators can use the president’s fair trade words against him. They too have a local labor force to protect, especially in blue collar districts that depend on manufacturing or primary goods such as agriculture to make a living.

Trump says European tariffs are akin to them treating Made in America “very badly”, adding that the U.S. has lost around $150 billion annually over a period of “many years” in terms of deficits.

EU’s biggest economies have contributed to a roughly $95 billion deficit last year, using goods trades figures for the top EU economies of Germany, France, Italy, Spain, The Netherlands and the United Kingdom only. 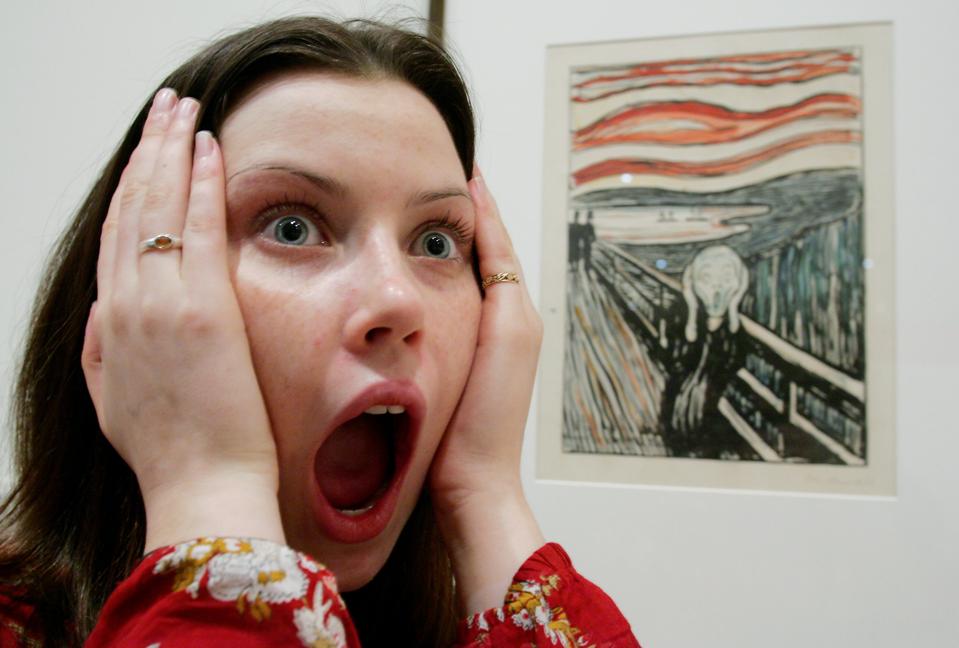 Madeline Wilson from the National Gallery of Victoria mimicks Edvard Munch’s character in the … [+] painting “The Scream”. This might as well be every free-trader upon hearing Trump tout, once again, the importance of protectionism and fair trade. (Photo by WILLIAM WEST/AFP via Getty Images)

According to Trump, Von Der Leyen hinted that Europe and the U.S. will come to terms of a better trade relationship. “But if we don’t, we’re going to have to tariff (their) cars and other things coming into the United States. I don’t want to sound like a wise guy,” he told FOX Business this morning.

Trump was his usual braggadocious self during his speech on Tuesday.

In what may just as well have been a speech by Bernie Sanders, or Elizabeth Warren (he even talked about planting a trillion trees!), Trump said that countries have to invest in their workforce.

“When people are forgotten the world becomes fractured,” he said.

Trump said in 2016 after his surprise electoral college drubbing of Hillary Clinton, that his win was a win for the “forgotten men and women” of America. Similar populist victories have sprung up across Europe, namely in Italy and the U.K., but also in Mexico and Brazil where left wing and right wing populist leaders not govern.