Breaking
Why businesses should prioritise Cyber Security
What You And Your RTO Business Need To...
4 SEO Trends for Websites You Should Not...
3 Reasons Why Desk Booking Is Rising In...
8 Tips to Play & Win at Online...
How can software benefit facility management?
Do Professional Casino Players Pay Taxes for the...
Becoming a Trading Expert: What Is the Best...
Dos and Don’ts for B2B Organisations in 2022
Should your business be using Machine Vision?
Colour Masterbatch vs Raw Pigments – Which Is...
Keeping your business moving as you expand online
Top Four Celebrities Who’ve Invested In Cryptocurrency
Why is Cloud Computing Tipped to be the...
How to Raise Money for Non-profit Organizations in...
Choosing the right theme for your WordPress Business...
Home Finance Tax Court Rescues Taxpayer From The Agent From Hell
Finance

Tax Court Rescues Taxpayer From The Agent From Hell

Given everything that gets by the IRS, it is really odd when they seem to put a lot of energy into what looks like a losing case from the get-go involving people who don’t really seem to be getting away with anything. Such, in my view, was reflected in the recent Tax Court decision in the case of Joyner Family Limited Partnership. 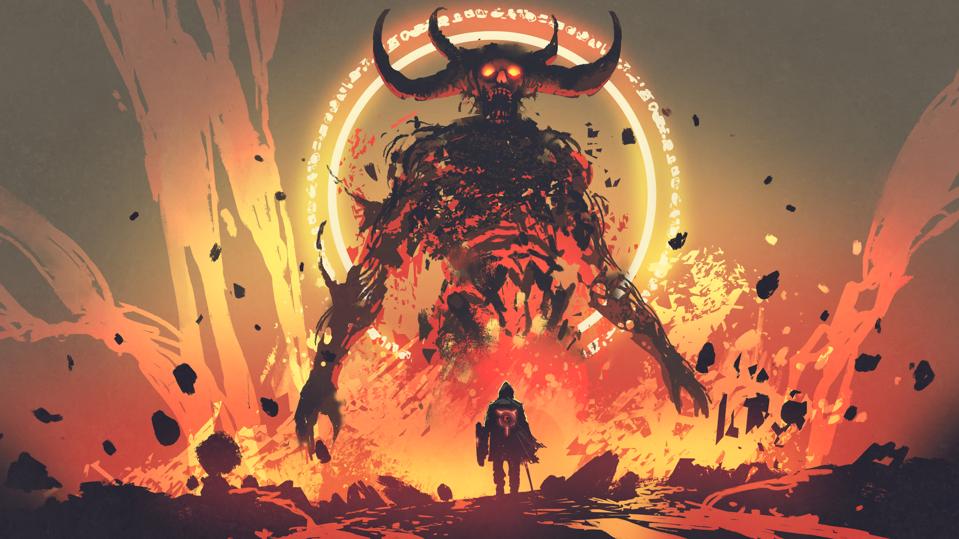 Although it was a little suspenseful reading the decision, Judge Goeke hints where it is going to go in the very first paragraph.

“Joyner Family Limited Partnership (JFLP) is a small, family-run business that sells land and mobile homes primarily to low-income, high-credit-risk individuals under seller-financed deferred payment plans. It received cash payments from the buyers of less than $500,000 during 2010, 2011, and 2012 (years at issue) and is facing an $8.7 million adjustment on the basis of the face values of promissory notes it received in the sales, the substantial majority of which were defaulted on and went unpaid.”

My major takeaway from this case was that I was really glad that I was not charged with figuring out the correct way to do the accounting for the Joyner Family Limited Partnership and the related entities involved in the litigation. There must be a right answer, but even with the decision I don’t know for sure what it is.

The solution, in practice, to that sort of situation is to do something reasonable, which the Joyners did. But then they must have run into what I call the Agent From Hell. AFH works hard and is diligent, but that’s where AFH’s qualities end.

AFH is firmly convinced that your client is up to no good. I have only run into AFH a couple of times. My personal approach to Revenue Agents is that we are brother or brother and sister accountants searching for the truth. That the truth is definitely “no change” or in a very rare circumstance a refund is something that I don’t emphasize.

AFH is a different story. I have a friend who would yell and scream and pound the table with AFH. My approach is more passive aggressive, which I like to think gets under AFH’s skin even more.

Judge Goeke gives the story about how the Joyner family business evolved. It is pretty fascinating and inspiring in a way, but it is not that germane to the case, so I will gloss over it. What the business became is 16 parcels of land, over 2,300 acres, subdivided into over 400 lots.

The older lots are 4 to 10 acres, those acquired after 2002 usually 1 to 2 acres. JFLP rents and sells the land with or without a used mobile home on it. Given the customer base, an unusual style of business was adopted.

“Typically, JFLP’s customers had not previously owned homes. They were primarily low income, had poor credit histories and unstable employment histories, and could not obtain traditional financing to purchase homes. JFLP offered affordable housing. Mr. Joyner determined the amount of the monthly payment on the basis of what the customer could afford. Monthly payments ranged from $100 to $700.”

JFLP rarely turned down a prospective buyer, unless they were involved with drugs. The philosophy was to give people a chance. JFLP did not run credit checks, since they would be pretty pointless.

The purchases were documented with notes bought from a stationery store. All that was included was the purchase price, the payment and an interest rate – no term or amortization schedule. Typically there was no down payment. JFLP retained legal title to the property and the agreement was generally not recorded.

The terms of the note made it due and payable on default, but also allowed JFLP to rescind the sale. That was the option that JFLP always went for. All payments were retained “not as a penalty, but as rent”. Sometimes the buyer would continue as a renter. In other circumstances they would purchase a different unit, but had no credit for prior payments.

On its partnership returns JFLP accounted for the repossessions as generating income, reporting the portions of the buyers’ payments that it had previously allocated to basis recovery as “gain on repossession”.

Richard Bell was the CPA and he worked out what seemed like a reasonable accounting method which apparently was used on his other 10 to 12 clients with a similar business profile. Three different tax attorneys approved it.

When it began selling mobile homes, JFLP continued to report its sales in this manner at Mr. Bell’s recommendation. On the basis of his experience, Mr. Bell believed that JFLP’s method of accounting was the industry standard for reporting income from seller-financed deferred payment sales in its rural Arkansas community”

The IRS did not bother to put an expert on as to what the value of the notes was. JFLP’s attorneys put on two. I’ll refer you to the description of the business. The obligors were – “primarily low income, had poor credit histories and unstable employment histories, and could not obtain traditional financing to purchase homes.” Other than that Mrs. Lincoln, how did you enjoy the play?

Nobody’s buying those notes making valuation impossible. Other than to say, probably not worth much.

The IRS big adjustment comes from arguing, that because JFLP is a dealer it is not entitled to use the installment method. JFLP responds that it used “a hybrid method to report its mobile home sales under the umbrella of its overall cash method”. And, most significantly, the hybrid method clearly reflects income.

In the event that JFLP’s accounting method is wrong, IRS cannot force them onto a method that is wronger, which is what reporting those dubious notes at face value would be.

I’m oversimplifying quite a bit. The details are fascinating if you are the right type of accountant, but otherwise not so much.

Judge Goeke agrees with the IRS that JFLP did not have the right to use the installment method. The IRS, however, did not timely raise forcing JFLP off the cash method and onto the accrual method.

Now when a cash method taxpayer receives a note, it can be considered the equivalent of cash. All you need is a “promise to pay of a solvent obligor and the obligation is unconditional and assignable, not subject to set-offs, and is of a kind that is frequently transferred to lenders or investors at a discount not substantially greater than the generally prevailing premium for the use of money”.

In other words, a cash equivalent note is everything that a note from one of JFLP’s buyers is not.

Judge Goeke’s decision leaves the egg a bit scrambled. He rules that the IRS cannot take JFLP off the cash method and that the notes have no value. He also rules that JFLP cannot use the installment method. That leaves me wondering how JFLP gets its basis back. Of course, since the notes are mostly foreclosed anyway, it might not make much difference.

Overall, he is pretty critical of the IRS in this case.

I wish I could draw a moral from this story, but I don’t have a good one. Maybe it is that if you have a complicated business model that is hard to fit into common accounting methods, pray that you don’t catch the Agent From Hell.

You can find coverage behind the Law360 and Bloomberg Tax paywalls. Fill me in if you are a big spender, like I am not.

Lew Taishoff has We Don’t Need No Installment Method. He beautifully caps the discussion of the accounting methods and operations of JFLP.

“The Joyners let defaulting purchaser/borrowers transition to renters, and waited until several note payments were in default before trying to collect. They used their trusty CPA who had advised other developers similarly situated. They bought their land sale agreements, notes, and landlord-tenant documents from an office supply store. I hope it was the one with which one of my nearest and dearest is associated.

By now my developer clients have stopped reading, and reached for an Anacin.”

Mr. Taishoff’s practice is based in Manhattan, which is a different world from Arkansas.

Mr. Taishoff noted something that I missed.

Wow. “Nonsensical”. That’s pretty harsh. Mr. Taishoff’s other comment, with which I heartily concur is:

I just learned of the passing of one of the tax greats of New England, Howard Medwed who had not been long retired from Burns & Levinson. I was in many meetings with Howard, where he would beat me on both smartest and most eccentric. I frequently sought comments from him here, the last one being just a year ago.

Howard’s wife Mameve is a noted novelist, whose books I love. And I also enjoy listening to his son Daniel who, inter alia, is a legal correspondent for WGBH.