Breaking
How to Run Nonprofit Marketing Ads
Entrepreneurs Are Bringing Transparency To Home Buying And...
Best Incentive To Get Vaccinated: Money, Messaging, Or...
Page Level Query Analysis at Scale with Google...
How A CIO Can Align IT With Business...
Blogger of the Month: Jo, Girl Eats World
6 Things Women In Business Know That Men...
How to Use First-Party Data for Ad Personalization
Pressing Reset—Putting A Fallen Unicorn Back On Its...
How We Went Viral: Promoting Content with Influencers,...
Blame Olympic Record Price Tag For Return To...
Apple iOS 14.5 Release: Should You Upgrade?
How to Come up with Podcast Topics and...
Why Gaming Gear Company Razer Launched A $50...
Technical SEO Implementations to Increase the Impact of...
30 Brilliant Ways to Market Your Eco-Friendly Shopify...
Home Technology Teach Kids The Magic Of Dungeons And Dragons With The Wardlings Campaign Guide
Technology 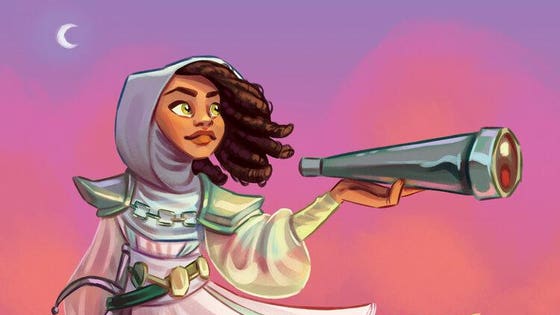 Millions of fans of Dungeons & Dragons returned to the game in recent years thanks to the popularity of Fifth Edition. Many of them brought their kids with them, hoping to get their kids into a hobby they love. Wardlings Campaign Guide, a fifth edition setting book based on the miniatures series for kids from Wizkids, is Renegade Game Studio’s latest attempt to bring parents and kids to the same table and pretend to be elves together.

“My first advice is to allow your kids to play any games at any age,” said Elisa Teague, lead designer of Wardlings Campaign Guide, “adjusting and providing modifications (for violence or reading hurdles or other issues) as necessary. RPGs allow kids to explore boundaries and work out problems, while working cooperatively with others and learning essential problem-solving tools. With the addition of learning math organically and getting kids face to face across a table and away from “screen time,” RPGs are valuable educational tools that can entertain the whole family. I started playing D&D at 13 years old, and I introduced my own kids at ages 5 and 8. It is never too early.”

Wardlings were made to allow kids to adventure next to their parents’ minis on the table and now they have a campaign where both can battle evil along side each other. Now the setting has its own guide from Teague, known for work on games like Geek Out, Betrayal at House on the Hill: Widow’s Walk and Talisman:Kingdom Hearts.

“I jumped at the chance,” said Teague, “as I was already a fan of the line and had often thought that there needed to be a world in which I could use the minis more often! I am also always up for challenging design projects, and taking a line of minis with virtually no details or history and creating a fully functioning world with a new set of gods, political structures, magic system, class options and races. Having so much power over the creation of the brand extension of such an important line was both inspiring and intimidating, but I think I’ve been able to create a compelling setting in which players will love to play as the most powerful adventurers around: the children!”

The Wardlings Campaign Guide offers several fifth edition compatible options, such as new core class options, an overview of the lands of Or’Mya and its inhabitants, new backgrounds, powerful spells and whimsical monsters. The overall setting is lighter and more whimsical than standard D&D feeling a bit more like animated fantasy shows like The Dragon Prince.

“The Wardlings Campaign Guide is 5e compatible and plays very similarly to regular 5th Edition,” said Teague, “but there are a lot of core differences. First and foremost, the only playable races at this point are the new races created for the world of Or’Mya, the planet on which the Wardlings live, which are a set of five human variants: Human, Finfolk, Snowcap, Midbari, and Squatch. Playable characters within the new ruleset also must be under the age of 18, as only the children of Or’Mya have been given the gift of magic by the gods of this world, who are upset with the adults who have ignored them in lieu of grown-up responsibilities. With the new magic system that I developed, all core classes can use Oor, the pool of magic on Or’Mya, to do magic, including traditionally non-spellcasting classes in other 5e settings.”

One of the key features of the setting are the character’s familiar. Every character has an animal companion that helps battle bad guys and protect good guys. Kids love pets, of course, but any D&D player will tell you a story about their favorite sidekick or adopted monster from a campaign.

“With their own pool of Oor,” said Teague, “familiars have their own set of abilities that can be taken on a player’s turn, and they also will save a Wardling character from death if they fail their death save, of course at a huge penalty: aging a full year! Because of this, a player may want to start their character at a very young age, lest they age to 18 too soon and lose their magic. However, at too young of an age, they may be too small to handle certain weaponry and other items suited only to medium or larger sized characters. It is an interesting choice.”

Wardlings are available now from Wizkids at your friendly local game retailer while the Wardlings Campaign Guide is scheduled for a May release.