Breaking
What You And Your RTO Business Need To...
4 SEO Trends for Websites You Should Not...
3 Reasons Why Desk Booking Is Rising In...
8 Tips to Play & Win at Online...
How can software benefit facility management?
Do Professional Casino Players Pay Taxes for the...
Becoming a Trading Expert: What Is the Best...
Dos and Don’ts for B2B Organisations in 2022
Should your business be using Machine Vision?
Colour Masterbatch vs Raw Pigments – Which Is...
Keeping your business moving as you expand online
Top Four Celebrities Who’ve Invested In Cryptocurrency
Why is Cloud Computing Tipped to be the...
How to Raise Money for Non-profit Organizations in...
Choosing the right theme for your WordPress Business...
A Guide to Using Celebrities to Promote Your...
Home Technology Teaching Computer Programming In Kenya…Using Phones
Technology

Back in 2018, a story went viral about Owura Kwadwo Hottish, a middle-school teacher in Kumasi, Ghana. What was remarkable about this story was the fact that Hottish was teaching his students how to use computers…without computers. Instead he drew meticulously detailed versions of computer interfaces, using colored chalk. The popularity of the story led to donations of computers and professional development opportunities in IT education.

Chao Charity Mbogo is very familiar with the challenges facing computer science education in areas with limited resources. She decided to study math and computer science at Nairobi’s Kenya Methodist University even though her family didn’t have a computer, and she’d only ever used computers at internet cafes.

She now teaches computer science at the same university, after further studies at the Universities of Oxford and Cape Town. Yet her youth and her gender still lead people to underestimate her. She recounts, “I have walked into classrooms for my first class and for a minute the students do not register that I could be the lecturer – some students then later admitted that they did not think they would be taught computer programming by a female lecturer.” 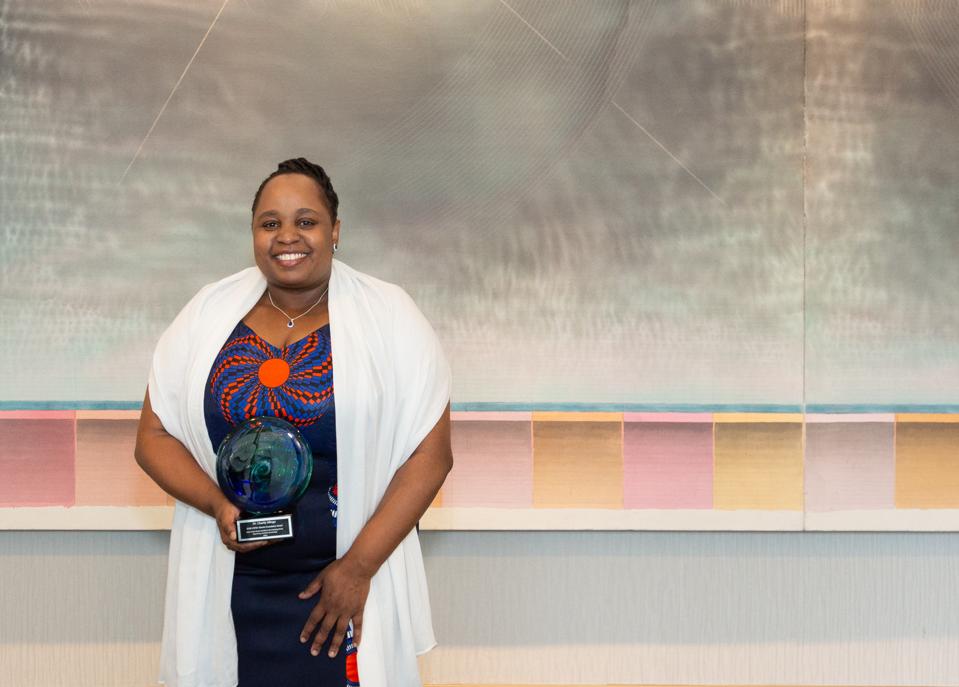 Another way that Mbogo is going against preconceived notions is by challenging ideas of what devices are necessary to learn programming. As she didn’t, many of her students don’t have computers at home. Kenyan universities often don’t have enough computers to meet all their students’ needs, and many students rely on borrowed laptops or go without. A 2016 survey of Kenyan university students found that over 70% didn’t own computers, and that a new laptop cost between 30,000 and 80,000 Kenyan shillings ($330–880). (For context, the average monthly salary in 2016 was approx. 54,000 Kenyan shillings.)

While computer ownership is limited, Mbogo reports that her students generally have smartphones. This is consistent with a 2018 survey of Kenyan university students that found that 90% owned a smartphone. This was more than twice the proportion in the general population, as well as higher than in the US (possibly related to the low costs of smartphones in Kenya, while laptops are relatively pricey).

Thus, Mbogo wanted to harness the near-ubiquity of smartphones among her students to further their computer science lessons. She decided to create an Android-specific version of a Java programming environment, so that students could practice their skills even without access to computers. This wasn’t a simple matter. Cell phones’ small screens and keypads make it challenging to program on them, so it wasn’t a matter of merely scaling down desktop programs. Instead, she had to use techniques like breaking a program down into components that were easy to follow on a phone.

Ultimately, experiments with 142 students in Kenya and South Africa found that the “scaffolding” techniques developed specifically for smartphones helped the students to learn programming more effectively. For example, students who used the mobile-specific programming environments made fewer runtime errors. 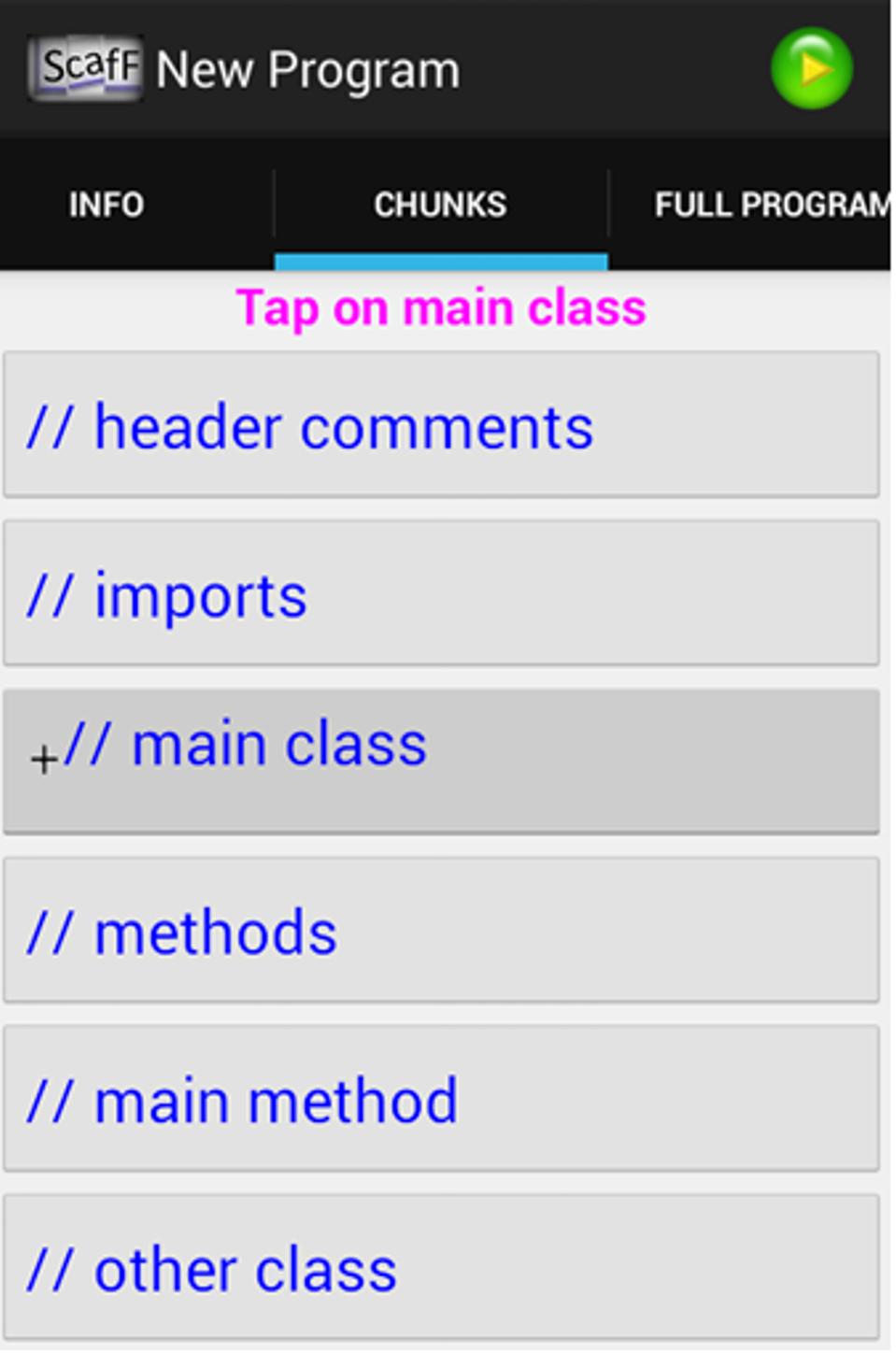 Android programming scaffold. Mbogo expects a new prototype to be ready around the middle of 2020.

While useful, this tech isn’t a panacea. Not everyone has a smartphone, of course, and laptops or desktops are generally needed for more complex programming activities. Mbogo acknowledges, “it is important that the programs that students create on their mobile phones are transferable to larger-screen devices, such as PCs and laptops, for when the students are in the classroom.”

Mbogo’s work extends beyond her research. She founded a mentorship program for Kenyan tech students, KamiLimu. The program trains mentees on writing scholarship essays and grant applications, for instance.

She’s passionate about cultivating domestic expertise in computer science both to stem the brain drain of computer scientists away from Kenya, and to ensure that local solutions are developed for local needs. After all, Silicon Valley in the Bay Area has major blind spots when it comes to designing for East Africa, which Silicon Savannah in Nairobi might be better able to address. Mbogo explains,

“One of the best examples is in the use of taxi-hailing applications, some of which require credit cards and postal codes. Most people in Kenya do not own credit cards, certainly, a majority of youth do not own credit cards. Therefore, people without credit cards would sooner opt for taxi-hailing applications where they can use M-Pesa or cash. Generally, the culture of lack of trust in online transactions affects the effective use of applications that require credit card details. Another example is in the use of home addresses, which is largely lacking for most Kenyan homes. In fact, most taxi drivers usually call the client to confirm the location as opposed to following the in-built map feature due to the lack of defined home addresses.”

All of Mbogo’s efforts haven’t gone unnoticed. A recent accolade as a 2020 OWSD-Elsevier Foundation award; these prizes celebrate female researchers from low- and middle-income countries, early in their innovation-related careers.

Mbogo comments, “if we are to reduce the brain drain from Kenya, and train computer scientists who build solutions for Kenya, it is urgent that we must invest not just in resources, but in creating environments that encourage innovation, protection of those innovations, and adequate compensation.” And these supportive environments include digital ones that teach students how to program, one phone at a time.