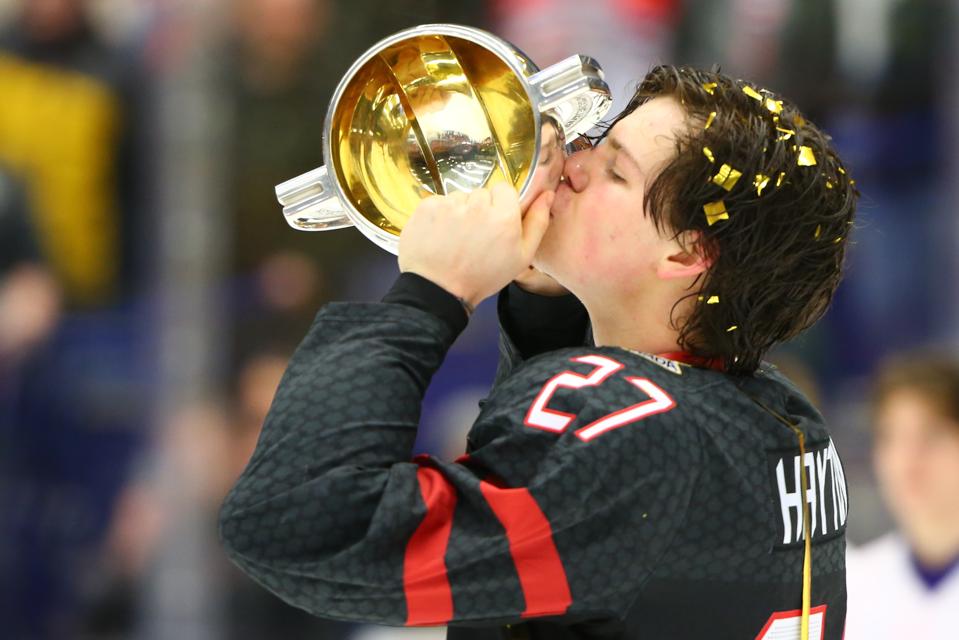 The only predictable part of hockey’s annual World Junior Championship is that the gold-medal game is invariably a nail-biting thrill ride.

On Sunday in the Czech Republic, Team Canada erased a 3-1 third-period deficit to come back and beat Russia by a score of 4-3. Canada starts the new decade with its 18th gold medal, more than any other country.

It was a dramatic return to form after the Canadians finished sixth in Vancouver in 2019 — the first time in tournament history that they’d failed to reach the podium when hosting.

After being stunned in overtime by Finland in the 2019 quarterfinal, five Canadian players including captain Barrett Hayton (Arizona Coyotes) and draft-eligible forward Alexis Lafreniere returned for another try this year, determined to craft a better outcome.

But the path to gold was paved with plenty of potholes.

First, Canada recorded its worst-ever loss in a World Junior game when it dropped a 6-0 decision to Russia in preliminary-round play. After the game, Hayton had to do some serious backpedaling when he drew criticism for failing to remove his helmet during the playing of the Russian national anthem.

Lafrienere tallied four points and was named his team’s best player in Canada’s tournament-opening 6-4 win over the United States, but was injured against Russia — a knee problem that looked like it could knock him out of the tournament and potentially even threaten the rest of his season leading up to the 2020 draft, where he’s the favorite to be the first-overall pick.

Despite the early adversity in a tournament that passes in the blink of an eye, first-time Canadian coach Dale Hunter was able to get his team to regroup. He replaced undrafted Nico Daws in net with St. Louis Blues’ fourth-round draft pick Joel Hofer, who went on to be named the best goaltender of the tournament. Canada finished out the preliminary round comfortably, beating Germany 4-1 and the host Czechs 7-2.

Along the way, Lafreniere’s prognosis improved. He returned to the Canadian lineup for the quarterfinal, picking up two assists in a 6-1 win over Slovakia. Meanwhile, Hayton’s redemption story gathered steam thanks to a three-point performance and best-player honors in Canada’s first elimination game.

Canada then avenged last year’s quarterfinal loss by jumping out to an early 3-0 lead on the way to a 5-0 rout of the Finns in the semifinal. But the team suffered another injury blow when Hayton left the game in the third period with an apparent shoulder problem.

Playing on back-to-back days, Canadian officials initially called Hayton a game-time decision for the gold-medal contest. In the end, he got the thumbs-up to take to the ice.

Dealing with his injury and moving past a distraction of his own making with the helmet issue, Hayton played 20:37 in the gold-medal game. He was ultimately named the game’s best player thanks to his sixth goal of the tournament, a power-play marker that tied the game 3-3 with 8:39 left to play in the third period.

That set the stage for the game winner from Akil Thomas (Los Angeles Kings), his first of the tournament, which came with just 3:58 left to play in the third.

After winning bronze in Vancouver in 2019, the Russians were the only team to return to the podium this year, as they settled for silver. The Finns, who beat the Americans 3-2 to win gold last year, finished off the podium after a 3-2 loss to Sweden in the bronze-medal game, and Team USA saw a four-year streak of medals snapped thanks to their 1-0 quarterfinal loss to the Finns.

The result was a major disappointment for the U.S. team, which had been one of the tournament’s most consistent nations in recent years. The 2020 roster featured five returnees from the 2019 silver medal-winning team and six players who were selected in the first round of the 2019 draft last June, but a number of the big names flew under the radar.

One player who was hot was Trevor Zegras (Anaheim), who led Team USA in scoring with nine assists in five games but was used in a limited role by coach Scott Sandelin in the early going. 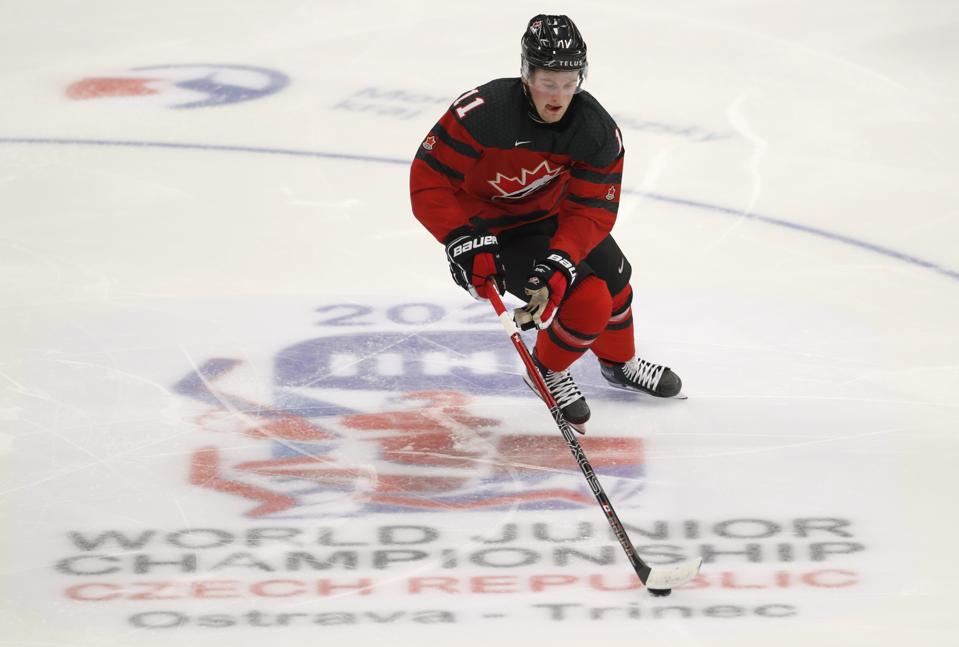 Lafreniere played well in the medal round for Canada, picking up two assists in the gold-medal game to finish with 10 points in just five games. He was named the tournament’s most valuable player by the media, and named best forward by the International Ice Hockey Federation directorate.

Not so long ago, World Juniors was the domain of the Canadians, with their massive hockey-playing population and strong junior programs. Over the last decade, the balance of power has become much more fluid as hockey makes grassroots inroads in America and national programs in smaller nations like Finland and Sweden find ways to maximize the impact of their best players.

In Canada, the event still draws a huge television audience over the holiday season every year — which is why you see Canadian institutions like Tim Hortons donut shops and Timber Mart building centers advertising on the rink boards — even in the Czech Republic.

Registration closes Sunday for the priority draw for tickets when the tournament returns to Canada in 2021, with games in Edmonton and Red Deer, Alberta.

This year, an estimated 3,000 Canadian fans made the journey to the industrial eastern Czech city of Ostrava, population 300,000, and were rewarded with the chance to belt out ‘O Canada’ as their team won gold.

What To Expect From Your New ABM Program

Startup Nation In The Age Of Coronavirus. Is...

PayPal Processed More Transactions On May 1 Than...