Ted Karras Pushes Into December As The Patriots’ 2019 Ironman 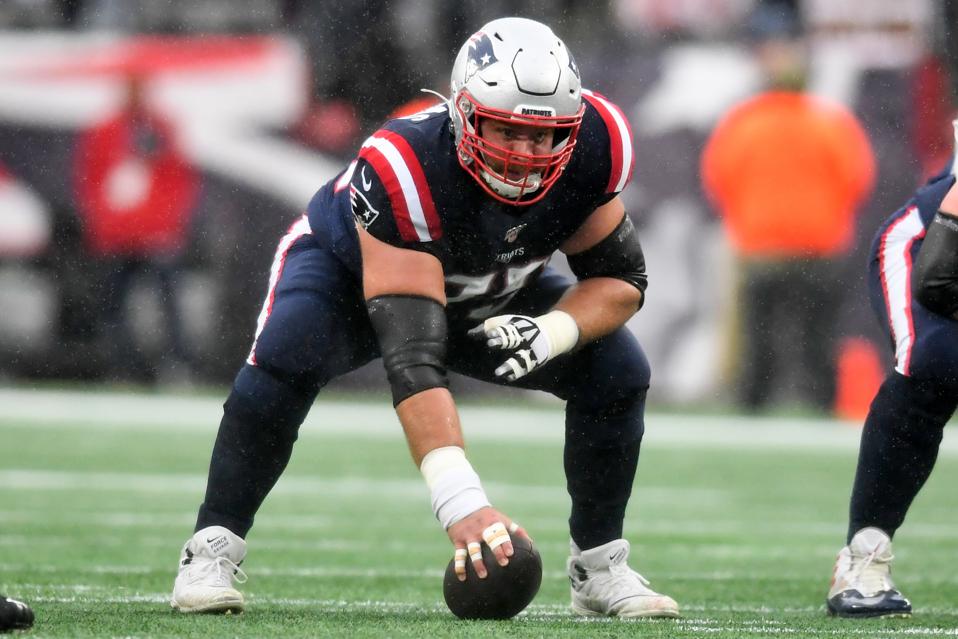 As the New England Patriots’ calendar turns to December, center Ted Karras has yet to miss an … [+] offensive snap. (Photo by: 2019 Nick Cammett/Diamond Images via Getty Images)

A total of 32 players have stepped into the offensive huddle for the 2019 New England Patriots.

Before the night of Aug. 26, different interior designs were in place. As news surfaced that incumbent center and captain David Andrews had been hospitalized to treat blood clots in his lungs, Karras became the nucleus.

“Roles change and are fluid, especially coming out of anything that happened in August,” Karras told reporters as the calendar turned from roster cuts to the regular season. “It’s a crazy time in the league. I’m just coming in every day trying to improve, take to coaching, take it to heart and try to implement it on the field.”

The Illinois product had been on the field to play 430 career offensive snaps since arriving in the sixth round of the 2016 NFL draft.

Karras has been on to play all 798 since then, and as the first to touch the football.

“Ted’s been a solid guy for us since he’s been here, one of the most consistent players probably on our team,” Patriots head coach Bill Belichick said during his press conference Wednesday. “Comes to work with the same great attitude every day, works hard, whatever you ask him to do – weight room, classroom, walkthroughs, practice, scout team. He always works hard. He’s always ready to go. He always gives his best.”

Karras started five games through three years with the Patriots. His rookie year opened as the starting right guard in place of Shaq Mason. His second year opened as a brief member of the practice squad.

“Ted’s always done what we expect him to do,” Patriots offensive line coach Dante Scarnecchia said in September. “He knows the system. He’s been raised in the system. I think he always prepares himself to play. We could not be any more fortunate than to have a guy like that who can play all three of those positions and the wheels don’t come off the offense. Ted’s another guy that – just like a lot of guys we’ve had around here, he’s a good worker. He’s a tough guy. He’s got character.

“And, yeah, maybe he doesn’t have quite the skill of some guys, but you’re going to get everything this guy has. That’s all we care about.”

Up next is a visit to the Houston Texans at NRG Stadium. Further down the road for Karras is a visit to unrestricted free agency. The 26-year-old will get there on schedule with others drafted in the spring of 2016, yet also having seen his rookie contract become a three-year, $1.89 million deal after clearing waivers in the fall of 2017. 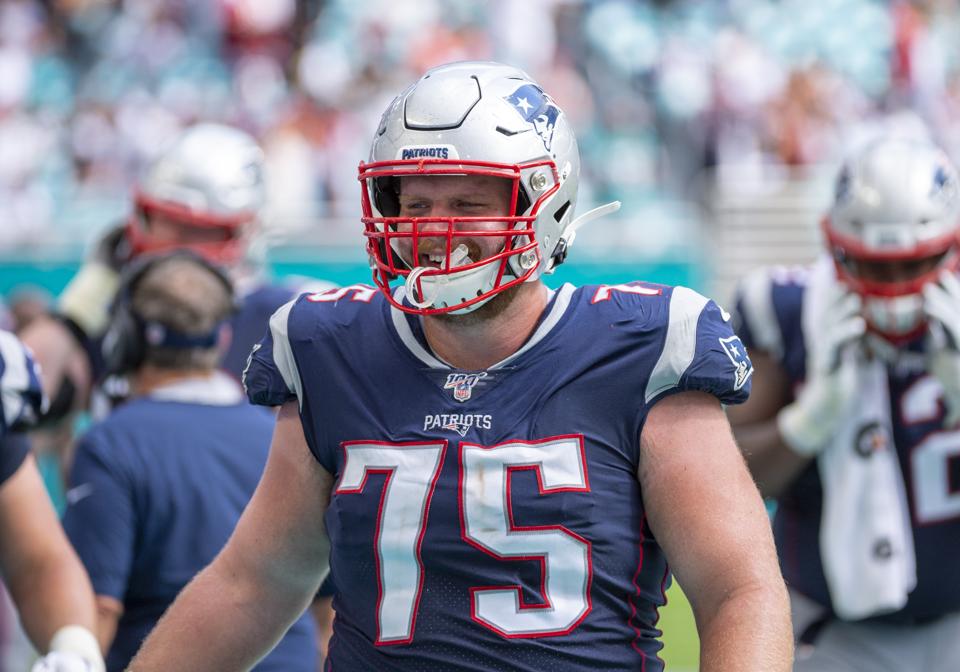 Karras carries a cap number of $720,000 in the final year of his Patriots contract. (Photo by Doug … [+] Murray/Icon Sportswire via Getty Images)

According to OverTheCap.com, there are currently 35 Patriots carrying a higher cap number than Karras’ $720,000.

There are just seven other offensive linemen around the league who’ve played every snap thus far into their contract years.

But Karras enters the month on track to be New England’s fourth ironman dating back to when he was a redshirt sophomore with the Fighting Illini.

Pro Football Focus has assigned two sacks, one quarterback hit and 11 hurries to Karras. None of which came versus the Dallas Cowboys a week ago. The meeting that sent the Patriots to 10-1 even caught Karras working into the second level, deterring linebackers Sean Lee and Jaylon Smith as running back Sony Michel found open space for a game-long 17 yards.

“Tries hard to improve, has improved,” added Belichick. “He’s just a very consistent, hardworking, lunch-pail kind of guy, and really consistent. Gotten incrementally better through the course of time, but he’s been consistent for four years.”

It is a class that began with nine picks. Karras, at No. 221 overall, began as the eighth.

Will Samsung Drop This Controversial Security Feature On The Galaxy S11?