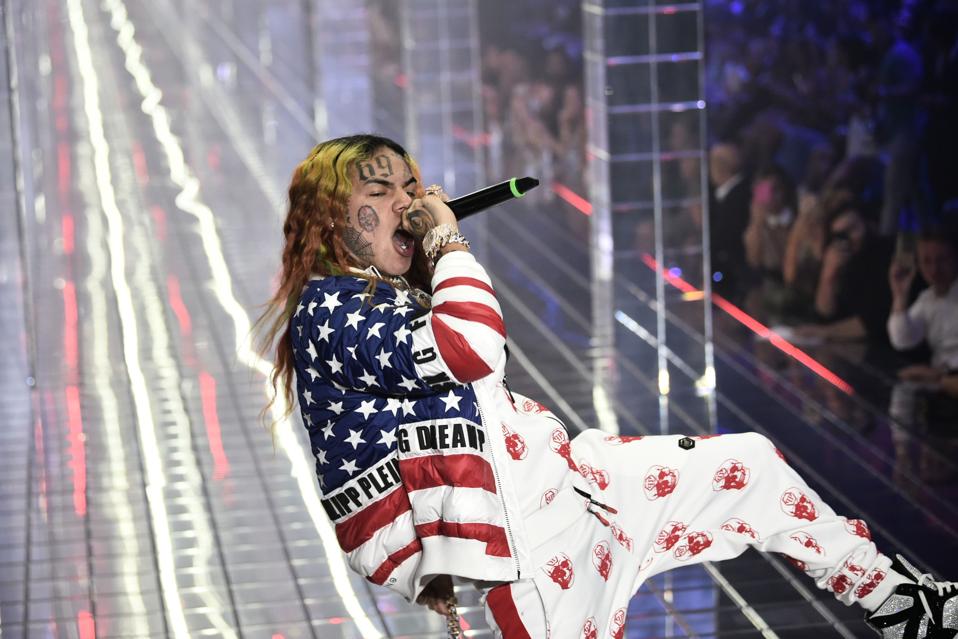 On Wednesday, Brooklyn rapper Tekashi 6ix9ine received a letter from federal prosecutors recommending he get a reduced sentence for his cooperation in the investigation of New York’s Nine Trey Gangsta Bloods, with which he was affiliated, Pitchfork reports.

Tekashi—born Daniel Hernandez—and his Nine Trey associates were arrested in November 2018 on racketeering and firearms charges. The 23-year-old rapper pleaded guilty to nine charges, which could result in 47 years to life in prison. However, Tekashi agreed to cooperate with prosecutors, which it was assumed would result in a lighter sentence for the rapper.

Although Tekashi’s sentencing will not happen until Dec. 18, that assumption seems more plausible in light of the letter he received. “[Daniel] Hernandez provided the Government with critical insight into the structure and organization of Nine Trey, identified the gang’s key players, and described acts of violence that he personally witnessed or that he heard about from other Nine Trey members,” United States Attorney Geoffrey S. Berman wrote to the judge. The final sentencing decision belongs to the judge, but it’s likely Tekashi will receive time served and walk free shortly after his sentencing.

During a hearing earlier this year, Tekashi acknowledged his association with the Nine Trey Bloods and admitted to armed robbery and drug trafficking. According to Complex, 6ix9ine had already begun providing information to law enforcement the night before he was arrested. The rapper publicly distanced himself from Nine Trey last November, and gang member Mel Murda subsequently decided that he needed to be “super-violated.” Authorities tapped Mel Murda’s phone and presented this information to Tekashi, who then identified Nine Trey members and gave them intel on the structure of the organization.

During his September testimony, Tekashi testified against former associates Anthony “Harv” Ellison and Aljermiah “Nuke” Mack. He also alleged that rapper Jim Jones was a Nine Trey member and that Cardi B was a member of the Bloods. The explosive testimony earned him the nickname “Tekashi Snitch Nine,” and #Tekashisnitch9 became a popular hashtag.

Tekashi jeopardized his own safety by outing his former associates, of which prosecutors were mindful in their letter. “There is no question that the defendant’s life will never be the same because of his cooperation in this case,” they wrote.

If given a reduced sentence, Tekashi will certainly resume a music career that had been steadily gaining traction in the year before his arrest. His debut studio album, Dummy Boy, debuted at No. 2 on the Billboard 200 last December, his highest chart position to date. The triumph was tempered, however, by his concurrent arrest and imprisonment. In October, Tekashi signed a new record deal reportedly worth $10 million with his old label, 10K Projects, for one English album and one Spanish album.

Trying To Do More With Less Payroll, The...

Nearly 4% Of All Mortgage Loans Now In...

Forget The Niners – A Different Type Of...

How The Coronavirus Is Forcing Italy To Become...

Can The Oakland A’s Khris Davis Bounce Back?