The F-35 fighter program continues its march towards dominance of the global market for tactical aircraft. The U.S. Air Force, Navy and Marine Corps have all declared their versions of the plane operational, as have Israel, Italy, Japan, Norway, South Korea and the United Kingdom.

The stealthy F-35, designed to be versatile and affordable, is rapidly becoming the global standard for tactical air power. No other fighter program approaches its scale or acceptance among the world’s militaries. That is great news for companies like BAE Systems, Lockheed Martin and United Technologies, each of which counts F-35 as its biggest military program.

Having been associated with airframe prime contractor Lockheed Martin and several other corporate participants on F-35 since the program’s inception, I can remember the years when critics were assailing F-35 from all sides and its survival was by no means assured. Those times now seem long gone. Here is a brief compendium of facts explaining why 2020 will likely be another banner year for the Pentagon’s biggest weapons program.

Nearly 500 aircraft delivered. The ramp-up of F-35 production for domestic and foreign users continues. After producing only 66 planes during the first year of the Trump presidency and 91 during 2018, last year the program assembled 131 fighters in three variants. The plan in future years, already covered by signed commitments from the U.S. and foreign governments, is for over 140 F-35s in 2020, 160 in 2021, and over 170 in 2022. Last year was the third year in a row Lockheed met or exceeded its production goals. 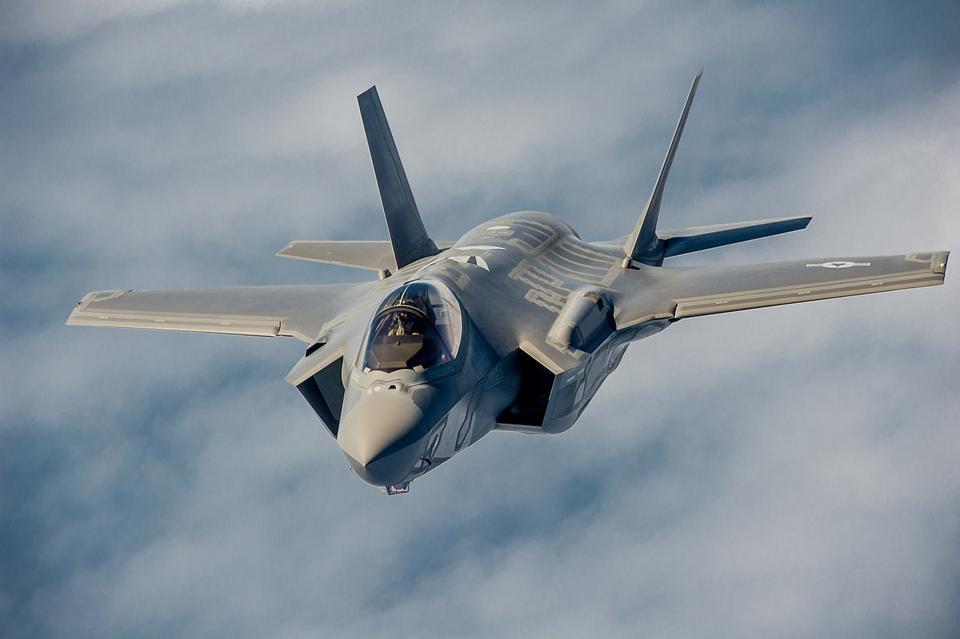 The U.S. Air Force variant of the F-35 will likely be the most ubiquitous tactical aircraft in the … [+] world through mid-century. Thousands will be built.

Prices falling steadily. Every new production lot of the F-35 costs less per plane than the previous one, and less than government estimators predicted. Under an agreement signed with the Pentagon last year, the average price of each fighter will fall 12-13% between 2019 and 2022. The most common variant of F-35 will cost less to build in future years than the far less capable fighters it is replacing. The most expensive variant of F-35—the Marine vertical-takeoff fighter—now costs less to build ($108 million) than the cheapest list price quoted for a Boeing 737 jetliner ($122 million).

Meeting performance goals. F-35 far exceeds the survivability and lethality of legacy fighters it replaces in air-to-air, air-to-ground, electronic warfare, and intelligence-gathering missions. These performance features have been verified in over 240,000 hours of flight. In military exercises F-35 typically defeats over 20 adversary aircraft for every loss it takes, thanks to the inability of opposing aircraft to track it and the pilot’s unprecedented situational awareness.

Readiness rising continuously. The mission-capable rate of U.S.-operated F-35s rose from 55% in the fourth quarter of 2018 to 73% a year later. For the entire global fleet, including foreign users, the increase during the same period was from 45% to 65%. The aircraft’s main engine, built by the Pratt & Whitney unit of United Technologies, is achieving a mission-capable rate of over 95%, exceeding program reliability goals. Lockheed Martin has offered the government a life-cycle sustainment proposal that would guarantee an 80% mission-capable rate for F-35s at a price no greater than the cost of sustaining last-generation fighters. 80% is the government’s objective for all tactical aircraft.

A thousand pilots trained. As the year began, 975 F-35 pilots had been trained, as had 8,585 maintainers proficient in keeping the fighter ready for combat. The number of trained pilots and maintainers continues rising, while the number of bases around the world at which they are stationed has risen to over 20.

Lower cost per flying hour. As production and performance risks have been retired, attention has turned increasingly to operational affordability. The Air Force has set a goal of reducing the cost per flight hour by $6,500—an objective it sees as critical to sustaining all 1,763 F-35s it plans to purchase. Lockheed Martin is already nearly halfway to that goal as a result of various savings initiatives being implemented. The company’s performance-based logistics proposal would guarantee an 80% mission-capable rate at a cost per flight hour of no more than $25,000. Attaining desired savings depends partly on the government taking a more flexible approach to supporting the aircraft.

Supply shortages abating. Maintaining an adequate supply of spare parts is usually a challenge when fielding new military aircraft. In October of 2018 37% of F-35s in the global fleet (allied planes included) were not mission-capable due to supply shortages. By the end of 2019 that figure had been reduced to 17%. Not coincidentally, the portion of F-35s rated mission-capable in the global fleet has risen during the same period from less than half to two-thirds. Over 90% of parts used on the fighter are performing at or above planned reliability.

Export sales growing. As production increases, a growing number of F-35s are destined for overseas customers such as Australia and Israel. Nearly 40% of the 478 fighters to be built under a $34 billion procurement agreement signed last year will be used by overseas allies. Meanwhile Lockheed Martin continues to meet success in seeking new foreign customers. A large number of the 220,000 domestic jobs sustained by the program are tied to foreign sales. The F-35’s main engine alone supports over 27,000 U.S. jobs.

Risks shifting to contractors. Under the performance-based logistics concept Lockheed Martin has proposed to the government, much of the cost risk associated with F-35 life-cycle sustainment would shift to industry. The company is offering a fixed price well below the projected cost for keeping the F-35 in a high state of readiness, and has begun competing suppliers to achieve improved pricing on key components. Government cost avoidance associated with the public-private partnership Lockheed envisions will likely prove irresistible during a period of flat to declining defense budgets.

To summarize, the F-35 program is progressing rapidly, and looks poised to dominate tactical aircraft markets for the foreseeable future. Although some challenges remain, mainly on the logistics side, the world’s biggest weapons program at this point looks to be a smashing success. 2020 should be another banner year.

Several companies with a major stake in the F-35 program contribute to my think tank. Two are consulting clients.