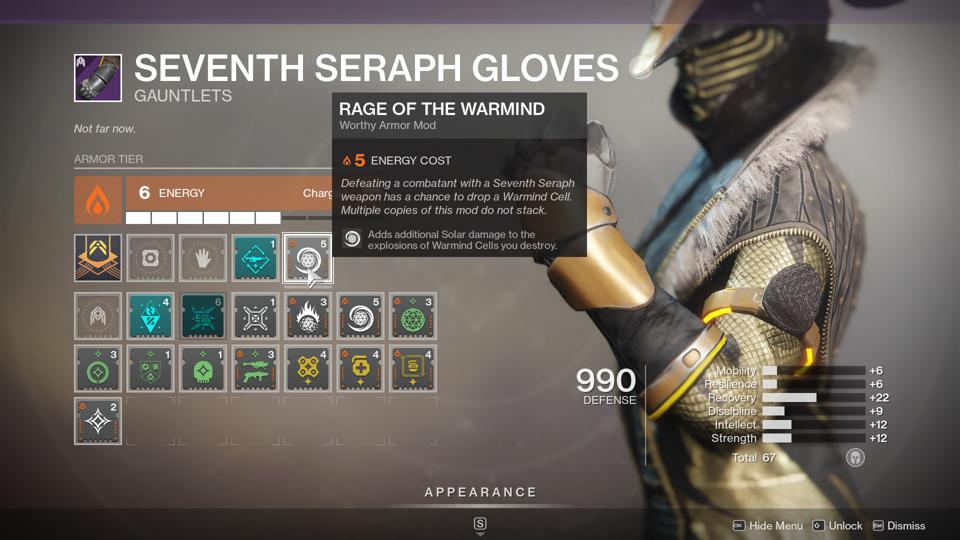 Well we’re a little ways into Destiny 2’s Season of the Worthy right now, and while seasons still operate on the drip-fed content model, there’s a lot to process already just from this first week and a half or so.

I’ve hit 1000 power, I’ve maxed my first bunker, I’ve gotten Fourth Horseman and I’ve gone flawless thirty times already in Trials. One of those is a lie. But I have learned some things I want to pass on to you here, in case you haven’t really started the season in earnest yet.

Here are ten things I wish I knew when I started Destiny 2’s Season of the Worthy. 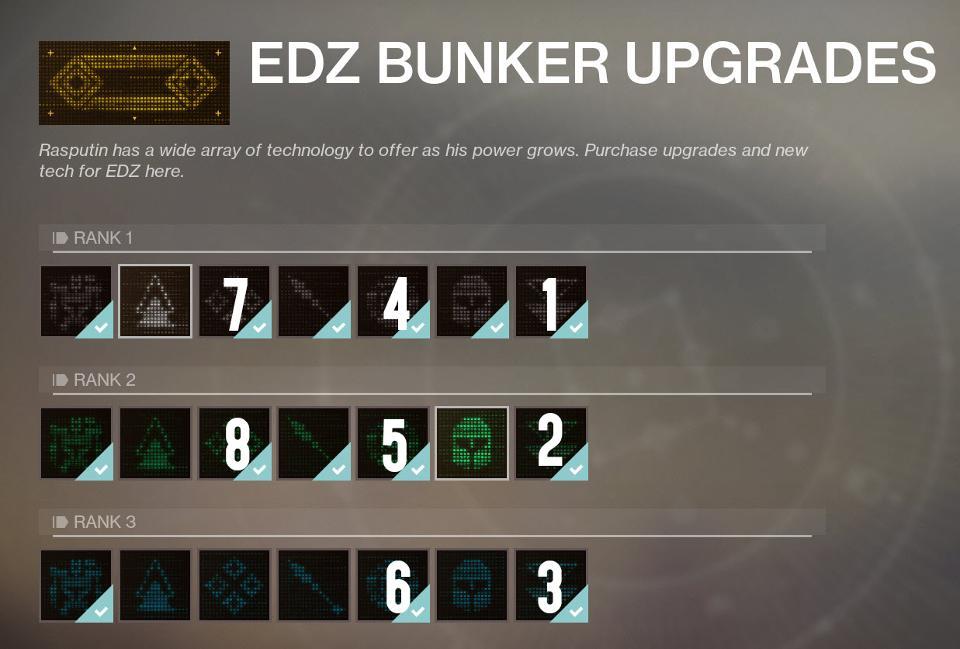 Want to max your bunker fast? Make sure you’re picking the right upgrades in the right order. You do not have to upgrade everything in the first row to get to the second, as you can go in a column instead once you’ve unlocked earlier upgrades. The image above is what I recommend doing in order to start producing the most value for your bits quickly. You start with two cost-reduction nodes, then move on to other upgrades that give you bits from activities and bonuses from repeatable bounties.

2. Bunker Upgrading Is Less Daunting Than You Think

I know it looks like a lot, but I think that these bunkers will be far, far easier to upgrade fully than Obelisks last season. I am not dedicated farming for bits at all, yet I have already maxed the first bunker and saved more than enough bits to max the next bunker next week, assuming upgrade prices don’t change (I’m at 5,600 bits or so). Just pick up the bounties every day along with some repeatables and earn that way. Activity completions will start getting you anywhere from 20-70 bits after Gambit, Crucible or Strikes. Once you can run Legendary Lost Sectors it’s 12+ bits in a two minute run. There are a lot of sources and it’s not going to be that hard to upgrade bunkers in the end here. 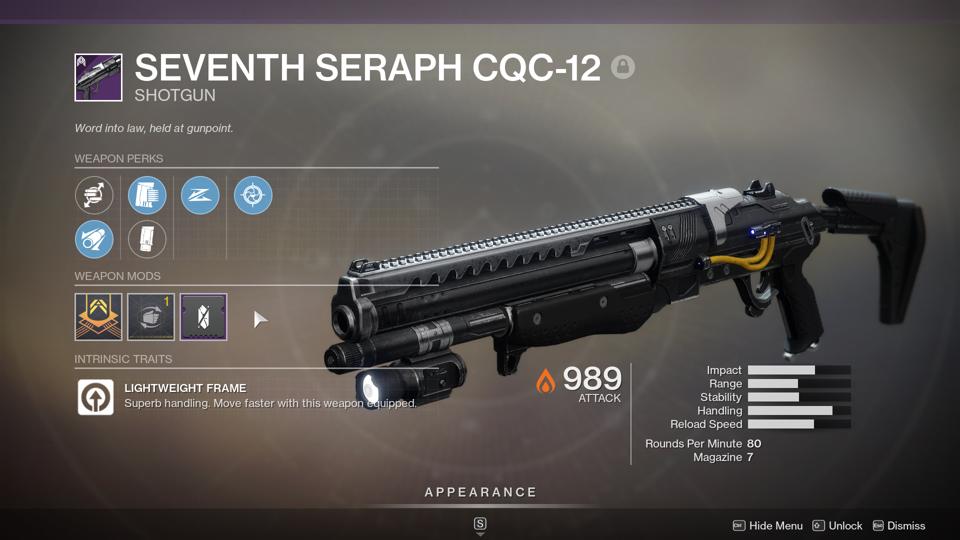 3. How To Farm Weapons This Season

This one is a bit tricky. There is no Sundial with dedicated weapon rewards every single time you run it. Rather, there are bounties for four Seraph weapons, and then two more weapons from the Season Pass, the SMG and Shotgun. The bounties are the best dedicated farm, and yet they will cost you two encrypted bits at a time with no chance at refunds. However, you can get lots of random drops of weapons through daily bunker clears, Seraph Tower chests and Legendary Lost Sector chests. There’s less targeting here, but these events are fast (faster than Sundial was, at least) and unlike bounties, more or less free. The free chest in these events can give you a Bit, the paid chest (which costs an Encrypted Bit to open) can refund that Bit with a bunker upgrade. So you may just want to farm that way if you’re short on Bits. But yes, target farming overall will be harder than Sundial.

4. Don’t Write Off These Weapons Early

I know that everyone looked up the perks for the new set of Seraph weapons, but I would advise against dismissing them out of hand just because nothing is rolling with Feeding Frenzy Rampage this time. There are a lot of interesting perk combinations here, like the auto rifle with Fourth Time’s the Charm or the SMG with Overflow. And sometimes the weapons just feel right, like the new lightweight shotgun that can indeed still have solid rolls (it’s the first shotgun with Vorpal) for instance. And of course, don’t forget that these weapons can spawn Warmind Cells on kill. Which leads me to… 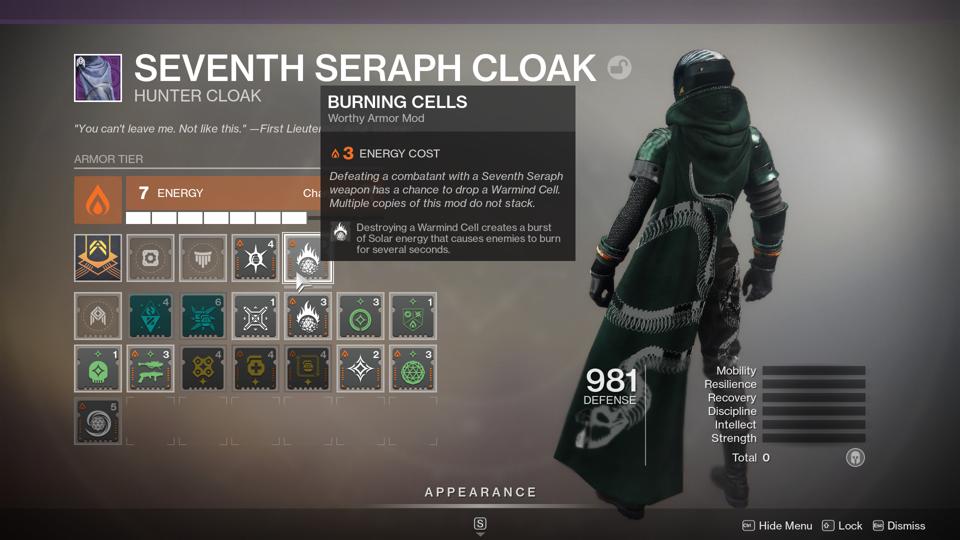 5. If You Do Anything This Season, Use Warmind Cell Mods

I get it, Charged with Light was weird and kind of a forgettable seasonal mechanic during Dawn, but Warmind Cells are by far one of the most fun things Bungie has ever come up with. You get Warmind Cell mods from seasonal chests and maxing the bunker. More will be unlocked later, but you can start making crazy builds with them already. You will spawn them in two ways, either through kills with Seraph weapons, or through the artifact mod Tyrant’s Surge which spawns them on arc ability damage. Use the mods (the explosive ones from the Bunker are the best, in my opinion) and start clearing entire waves of enemies in a single shot. This is an incredible mechanic and the most fun I’ve had with Destiny in general in a very long time. Don’t miss it. Here are some of the builds I’ve done with Warmind Cells on different classes.

Two things to note here. Head to the moon, and head to competitive Crucible. I wrote an entire article on what a good power farm Survival mode in Crucible is because you get milestone drops, prime drops and drops for every sub level in Glory and every normal level in Valor. It’s a tremendous amount of drops for a single activity, provided you can at least win some of the time. Elsewhere, the moon still has a ton of powerful drops for PvE content. Nightmare Hunts, the dungeon, the raid, Altars of Sorrow, weekly bounties from Eris. There’s a lot on this single planet and you should do most of it for a combination of pinnacle and regular powerful drops each week. This is how I hit 1000 power in just over a week. 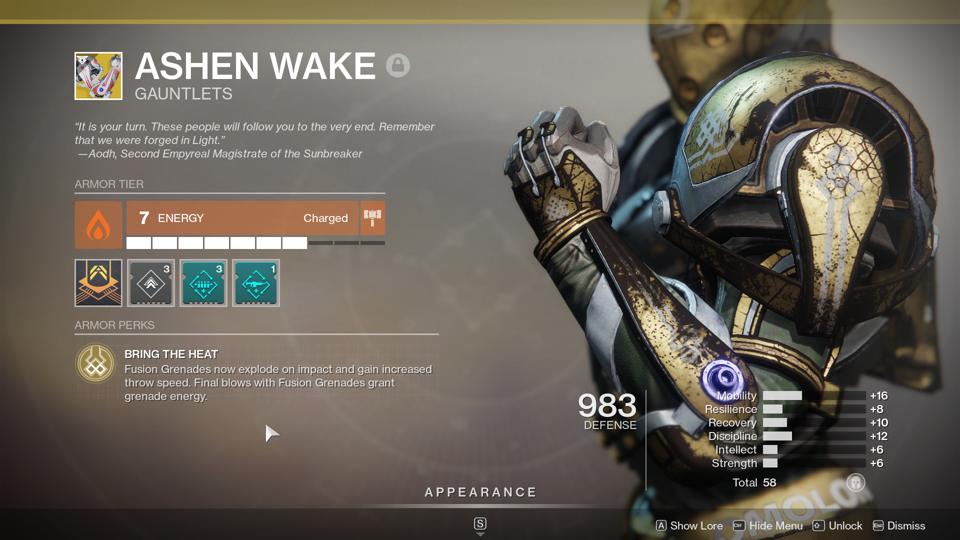 7. Don’t Forget These Exotics Got Buffed

Warmind Cells are fun, but don’t forget to play around with some of the old exotics that got buffed in this season. My favorites are Ashen Wake, which now gives grenade energy on fusion grenade kills, Dunemarchers, which had their explosion radius massively increased, Assassin’s Cowl which now gives invisibility and regen on any powered melee kill, and Sanguine Alchemy which can make your rifts last forever if you keep getting kills inside them.

8. Don’t Be Scared of Trials

I get it, it’s a pinnacle PvP activity, and that alone is enough for some people to not want to play it at all. However, the coming weeks will eliminate artifact power, making the playing field a bit more level, and honestly, it’s not that insane to take on higher level players even with a power gap because of the way damage scaling works (with few exceptions like one-shot Le Monarque kills). But yes, there are ways to farm Trials as an average player until you get better. You really are just going for three wins so you can start turning in tokens, and you should pick the passage for extra tokens so you’re earning them no matter what. Make your initial goal just going 3-3, no need to set your sights on Flawless. After that, go for 5, then 7, and so on. 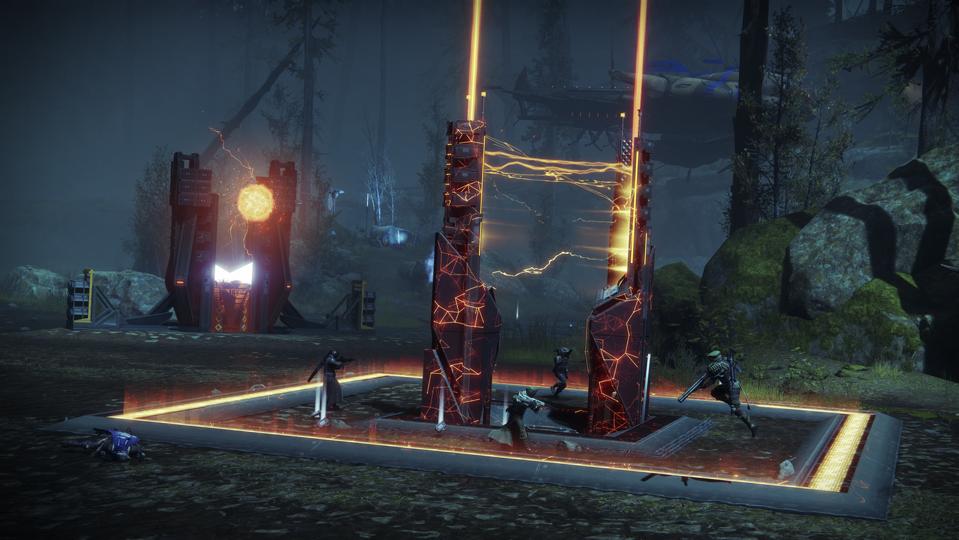 9. Know The Rules Of The Seraph Tower Event So People Don’t Hate You

I wrote an entire article about this, but now that people are getting their power level up there is zero excuse to fail this. In short:

Yeah, I’m going to do an entirely separate bullet point just for swords because that’s how good I think they are now. The sword redesign has made them top tier for boss damage, and I highly recommend you get the Titan Throne Cleaver and the Hunter Goldtusk from Heroic Menagerie specifically, as they are two of the best heavy weapons I’ve ever used after the sword redesign. Perks barely even matter, that’s how much damage they do.

That’s all I’ve got for now, hopefully it’s enough to get you started. See you out there.

3 Questions For Startups To Consider Before Accepting VC Money

The Rise Of The DataOps Mindset

Microsoft’s Gaming Revenue Down Due To Hardware Sales...