Breaking
Bernie Sanders Warns Republicans ‘Will Win’ In 2022...
5 Tips For Virtual Networking Success
10 Ways Covid-19 Vaccine Supply Chains Need To...
Here Come The Workers: 4 Steps To Take...
First Electric Car? Consider These Four Big Upsides...
What’s Missing From Howard Marks’ “Something Of Value”
A 10 Billion-Year-Old ‘Super-Earth’ Has Been Found In...
David Einhorn Warns Of Danger From Valuation-Indifferent Investors
How Safe Is Your Stock Portfolio Over 30...
Technology Is Rapidly Changing Cancer Care
4 Major Market Changes In 2020 That Can...
Boston Globe Starting “Fresh Start” Initiative As Part...
Can Money Protect You From Covid-19? It May...
The Most Important Voice In Artificial Intelligence: Frontline...
How to Start an Online Store
Amazon’s Small Business Empowerment Team Is Helping Entrepreneurs...
Home Finance Tesla’s Most Important Metric
Finance 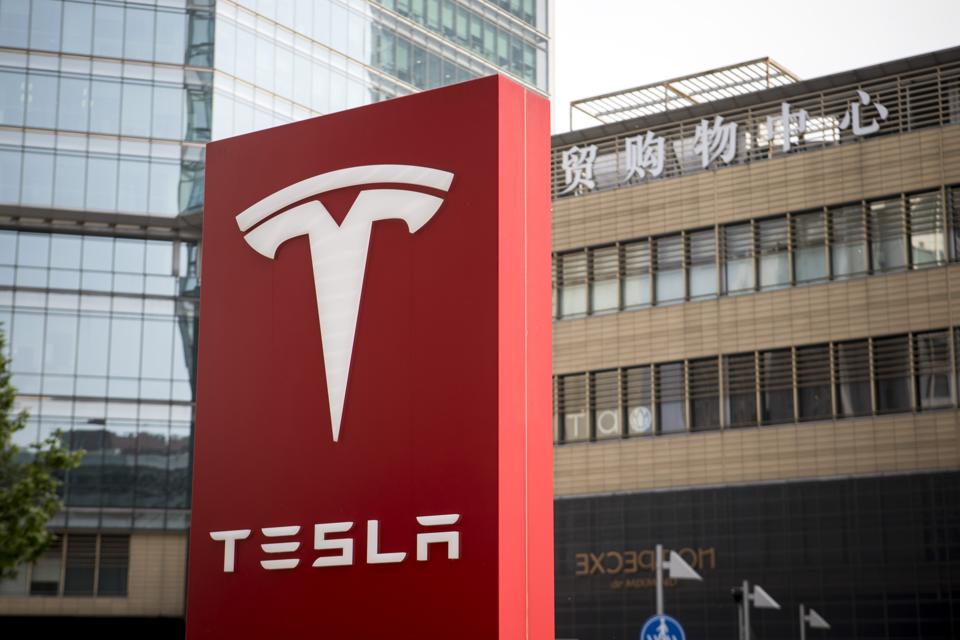 Signage for Tesla Inc. is displayed outside one of the company’s showrooms in Beijing, China, on … [+] Friday, May 10, 2019. Beijing has vowed to retaliate after U.S. President Donald Trump followed through with his threat to raise tariffs Friday on $200 billion of Chinese imports to 25% from 10% percent. Photographer: Giulia Marchi/Bloomberg

Tesla stock (NASDAQ: TSLA) jumped 90% in less than six months in the middle of a pandemic, when the market crashed 30% (before recovering a good part). Investors clearly did not care much about the impact of the outbreak on Tesla – especially the fact that its main factory in California was shut down for over a month in the first five months of the year to date.

So, is the company overvalued? Sure, if you look at Tesla’s revenue and earning for 2020 (or even 2021) like you would for most other companies.

The message is simple. Gosh, how selfish can you be – look way far out into 2050 and imagine the planet you’ll leave for your children. Fossil fuel is bad, big oil is terrible, and you don’t want your children to die of climate change. How dare you (think Greta Thunberg) look and plan for the next quarter, or even the next couple of years. How short-sighted. Look at global warming and plan for the next century. Think about what the world will look like post-2050 – global temperatures, ecology, wildlife.

So what does that have to do with Tesla stock? Everything!

Tesla sold 51k cars in 2015, then about 370k in 2019. This is in a global vehicle market where more than 90 million cars are sold annually, with each of Toyota, Honda, Volkswagen, GM, Ford, selling close to 10 million vehicles every year. Yes, most of these companies are worth way less than Tesla despite selling about 20 times the number of vehicles. Comparing Tesla’s car deliveries to luxury makers BMW, Audi, and Mercedes helps but doesn’t explain Tesla stock’s upside to $2,000.

The thing is, making cars takes time, a bit different from signing up for a Facebook or a Twitter account. So the only way Tesla can look worth $100 billion, $200 billion (current market cap about $160 billion), and even a trillion dollars, is if investors can look way, way out into the future. Think 2030 (not 2020), 10 million Tesla vehicles sold, maybe even more, the point is not to get stuck – if you’re concerned, look even further out, 2040!

Now when you’ve settled on a timeframe where you think 10 million Tesla vehicles make sense, take an average price of $50k (many small cars at $35K, but don’t forget the SUVs and trucks that Americans and a lot of the world loves – they’ll be all-electric), and that gets you $500 billion in sales. At profits of 20% (Tesla’s margins will look a little different, not the same distribution or dealership costs), Tesla looks like a company that can turn $100 billion in profits a year.

What’s that $100 billion annual profits worth to you? At least $500 billion. Maybe more. So isn’t Tesla at a $160 billion market cap undervalued?

In addition, don’t forget how far ahead Tesla is in the self-driving race, and accompanying profits from that.

But wait, this is all way, way out into the future – so what about Tesla’s downside, this must be risky. No?

Again, this is the Musk magic – risk is in the eyes of the beholder; real risk is climate change. Real risk is the short-sightedness of focus on the next quarter, while our children face the floods, hurricanes, and other climate calamities of the long term. Real risk is the seducing profits of big oil, and oil guzzling car producers of today – so fear the profits of Toyota, GM, and Volkswagen, and look way out investors, and you’ll see Tesla’s value.

What about discounting that $100 billion in future profits to the present? Don’t worry about that either. Why? Well, your bank account doesn’t pay much interest anyways, and 2030 will be here before you know. Don’t you remember the 2008 financial crisis vividly like it was just yesterday? If this message makes sense to you, you’ll see Tesla’s one metric that matters: it’s Tesla’s time horizon of focus. Many investors see this – without realizing perhaps, and as such, Tesla’s massive value still looks small to them.

While Tesla is distinctive, Ford has weathered many storms in its 100+ year history. We see the economy opening up in 2020 and emerging strong from the pandemic. Could there be near-term >50% upside for Ford’s stock post the Coronavirus pandemic?

Separately, as we saw large price swings even for trillion-dollar companies, mispricing among peers is more common than you think: here’s one we find remarkable for Google vs. Microsoft.

China’s Postpandemic Power Play: Will The U.S. Get Left Behind?

Manufacturing During A Crisis: How To Adapt To Changing Supply Chains And Consumer Demand