Breaking
The Ultimate Guide to Saving Money
Lights, Camera, Action—Is There A Post-Covid Future For...
7 Ways to Reduce Human Errors in Your...
How ‘Couples Therapy’ Used Technology To Cope With...
Can You Settle Your Student Loans Or Negotiate...
How to Use Amazon Attribution For Ad Campaigns
What are the Makings of a High-Quality Link?
How To Quickly Start And Scale Your Business
Terra Virtua: What NFTs Can Teach Us About...
5 Easy Steps To Prepare Content For E-A-T...
Physical Inactivity Linked To More Severe Covid-19 Infection...
The 2021 Estimated Tax Dilemma: What Tax-Return Pros...
Want To Digitally Transform Your Business? Start With...
How to Optimize Google My Business and Leverage...
Debunking Link Building Myths in 2021
How, When And Where You Can Gaze At...
Home Technology Testicular Cancer Relapse Can Be Prevented Even With Half The Amount Of Chemotherapy, Says New Study
Technology

Testicular Cancer Relapse Can Be Prevented Even With Half The Amount Of Chemotherapy, Says New Study 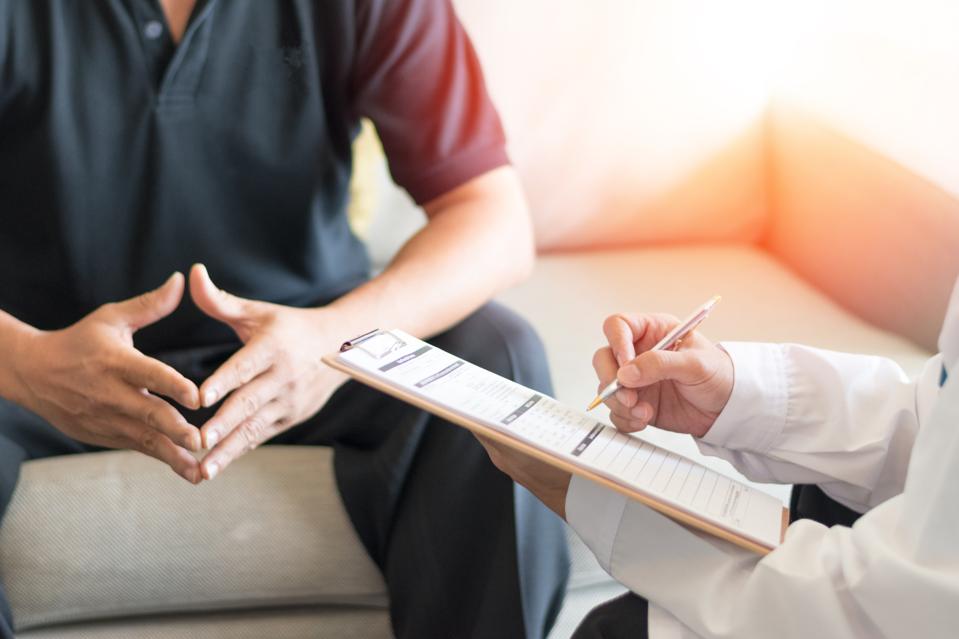 A new clinical trial has concluded that men with testicular cancer can receive half the amount of … [+] chemotherapy that is typically given without any increase in the risk of the disease coming back.

Testicular cancer is widely known to be one of the most treatable types of cancer, with 95% of men surviving the disease long-term. For patients with localized disease that has not spread outside of the testes, this rises to around 99%.

Surgery is the main treatment for most patients, but many also have some chemotherapy cycles afterwards to make sure all of the tumor cells are gone and prevent the tumor from returning, either to the testis or to other sites in the body.

Unfortunately, as with almost all cancer treatments, these chemotherapies come with side-effects.

Now researchers have discovered that a common type of testicular cancer can be successfully prevented from coming back using half the amount of chemotherapy that is currently used, hence hopefully reducing the severity and incidence of side effects that patients experience.

“Men with testicular cancer who are at high risk of recurrence have generally been treated with two cycles of chemotherapy – but our new study found that one cycle was enough to stop their tumor from coming back,” said Professor Robert Huddart, one of the leaders of the study and Professor of Urological Cancer at The Institute of Cancer Research, London U.K.

The study, published in the journal European Urology, involved nearly 250 men with early-stage testicular cancer who were deemed to be at risk of the disease returning after surgery. Conventionally, men are offered two cycles of chemotherapy or a ‘watch and wait’ approach, where no treatment is given unless there are signs that the cancer has returned. When this happens, the men need at least three cycles of chemotherapy.

The new study trialed giving the men just one cycle, finding that only three men in the study, just over 1% of the participants had their disease return after treatment, a comparable number to men receiving two cycles of chemotherapy. The impact of this is to reduce the amount of chemotherapy that the men receive without compromising the risk of them relapsing whilst also reducing side-effects.

“Side-effects of treatment can be both long-term and short-term,” said Toni Choueiri, MD, Professor at Harvard Medical School and Director of the Lank Center for Genitourinary Oncology at Dana Farber Cancer Institute in Boston. “Short-term effects include lung toxicity, nausea, vomiting, kidney toxicity, pain and hearing loss. Most people fare very well in the long-term, but side-effects linked to the chemotherapy drugs do happen,” he added.

The three drugs used to treat early-stage testicular cancer typically are bleomycin, etoposide and cisplatin (BEP). Each drug carries the risk of a number of side effects. In the long-term, these include lung damage linked to bleomycin, secondary cancers due to etoposide and kidney damage or hearing loss due to cisplatin.

“Reducing the overall dose of chemotherapy could spare young men who have their whole lives ahead of them from long-term side effects, and also means they will need fewer hospital visits for their treatment,” said Huddart.

There was one limitation to the study, which was that within the trial it did not randomly assign men to either one- or two- cycles of chemotherapy and compare the two groups.

“This was a single arm study, but this is acceptable – it gives some data to discuss with the patient, one cycle is not unreasonable, but a randomized study to further investigate this would be a good next step,” said Choueiri.

The study also only followed the men for a small period of time post-treatment. Most men relapse within 2 years of treatment if they are going to, but there is the possibility of longer-term relapses.

“Hopefully as this data matures, there wont be any late stage relapses. That is the remaining question,” said Craycraft.

“I think the impact of this study will be to re-emphasize that one round of BEP is sufficient, a lot of experts have been doing this for years in the adjuvant setting and this solidifies the reasoning for this,” said Mike Craycraft, testicular cancer survivor and founder of the Testicular Cancer Society. “I often talk to patients considering two rounds and ask them to get a second opinion as it might not be worth it for the toxicity,” he added.

“In these patients that have this type of testicular cancer have a 50% risk of recurrence, but if you give chemo to everyone, half patients never needed it. It can wear on the guys, psychologically – it can be a great burden knowing that their cancer may come back. Trying to figure out how to reduce the risks of recurrence without exposing everyone to chemotherapy would be the best outcome,” said Craycraft.

“There are other things we do for these patients. Without chemotherapy a lot of these patients won’t recur, there is a retroperitoneal lymph node dissection, which spares people chemotherapy completely. There are other things we can do, for example surveillance to identify people who are likely to relapse. I hope in the future some kind of circulating tumor antigen test [liquid biopsy] will be useful for predicting who will relapse,” said Choueiri.