Breaking
Do You Know If You’re Prepared For Retirement?
The Amazfit GTS 2 Mini May Be One...
Hotelier/ Billionaire Philanthropist Jonathan Tisch: What A Hospitality...
More Entrepreneurship, Less Recidivism Among The Formerly Incarcerated
Do S&P 500 Investors Really Want To Buy...
Small Business Burnout? Use This Time To Rest,...
7 Native American Inventions That Revolutionized Medicine And...
Cannabis Industry Expects A Green Christmas
How Small Businesses Can Survive The Growing Pandemic
Check These ‘Risky’ iPhone 12 Security Settings Now—Here’s...
Five Key Findings From The Highly-Anticipated ‘Future Of...
How To Pivot A Customer-Facing Hospitality Business Into...
How To Be A Better Leader For 2021
iPhone ‘Weak Security’ Wi-Fi Warning: Here’s What It...
Stock Market: ‘Fundamental-Lite’ Speculation Is Here – It’s...
Green New Deal Goes Global Despite Greta Thunberg’s...
Home Business Texas Mandates Masks—But Still Plans To Hold A Massive In-Person GOP Convention
Business

Hours after Texas Gov. Greg Abbott signed an executive order mandating mask wearing to help curb the state’s rapid spread of coronavirus, Texas Republicans nevertheless moved forward Thursday with plans to hold the state’s mid-July convention in person, which will draw thousands of attendees to one of the U.S. cities hardest-hit by the pandemic. 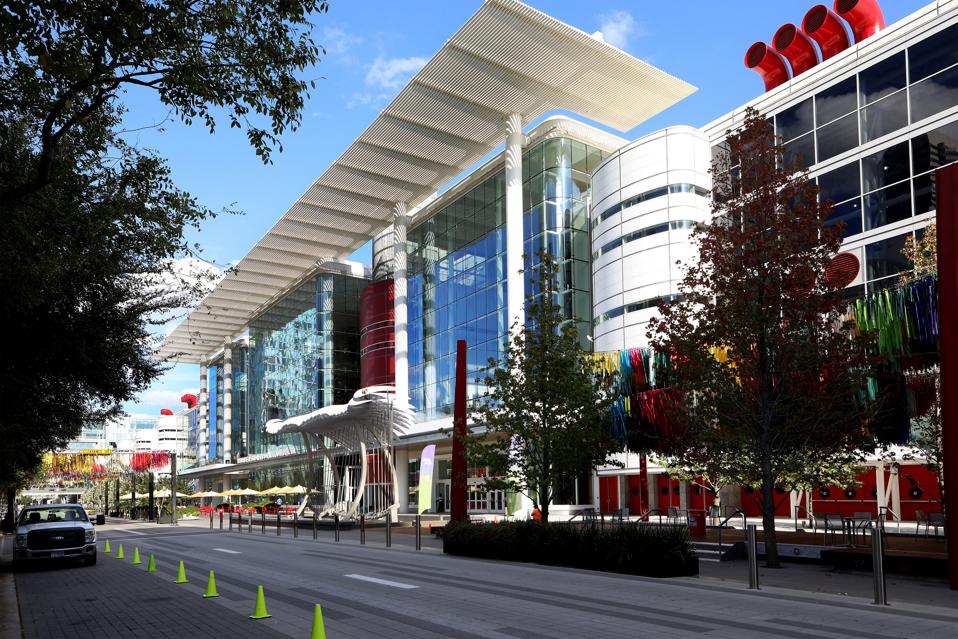 In a 40-20 vote, the State Republican Executive Committee passed a resolution Thursday night in support of moving forward with the in-person, indoors convention, which will be held at the George R. Brown Convention Center in Houston from July 16-18.

Social distancing guidelines and precautions will be in place at the convention, including thermal scanning, expanded seating, regular deep cleaning of meeting areas, and hand sanitizer stations.

Approximately 6,000 people are expected to attend the convention, according to the Texas Tribune, though some Republicans have already said they will not attend due to safety concerns.

The SREC will meet again Sunday night to discuss rules for the convention, which the Tribune reports may include instituting an “emergency fallback contingency plan” that would allow the convention to be held virtually if needed.

Houston has been an epicenter of Texas’s coronavirus outbreak, and CNN reported on June 25 that the city was on track to become the hardest-hit city in the country by the virus.

The Texas Medical Association, which represents more than 53,000 physicians and medical students in Texas, pulled its sponsorship of the state convention after Thursday’s vote, the Tribune reports, after previously calling on organizers to cancel the in-person gathering. “With or without masks, an indoor gathering of thousands of people from all around the state in a city with tens of thousands of active Covid-19 cases poses a significant health risk to conventiongoers, convention workers, health care workers, and the residents of Houston,” TMA president  Diana Fite said in a statement. “We are concerned not only for the City of Houston but also for the communities to which the delegates will return, giving the virus easy transportation to parts of Texas that have far fewer cases.”

175,977: The number of total confirmed coronavirus cases in Texas as of July 2, according to the Texas Department of Health and Human Services, of which 45,915 are in the greater Houston area.

Texas has emerged as one of the major epicenters of the U.S.’s sharp rise in coronavirus cases, setting records for hospitalizations in recent weeks and recording 7,000 to 8,000 new cases each day. After initially moving forward with a broad reopening of the state’s economy, the state has been forced to reverse reopening plans and impose new measures in recent days amid the surge in cases. In addition to the mask mandate, Abbott “paused” the state’s phased reopening plan, closed bars and banned elective surgeries in some Texas counties. While Abbott has limited outdoor gatherings to 100 people except with the approval of local officials, large-scale indoor gatherings like the upcoming convention are currently unaffected by the recent reopening rollbacks, with an upcoming convention for high school coaches also expected to draw 5,000 attendees in San Antonio later in July.

An Infectious Disease Doctor Explains Why Coronavirus Cases Are Skyrocketing